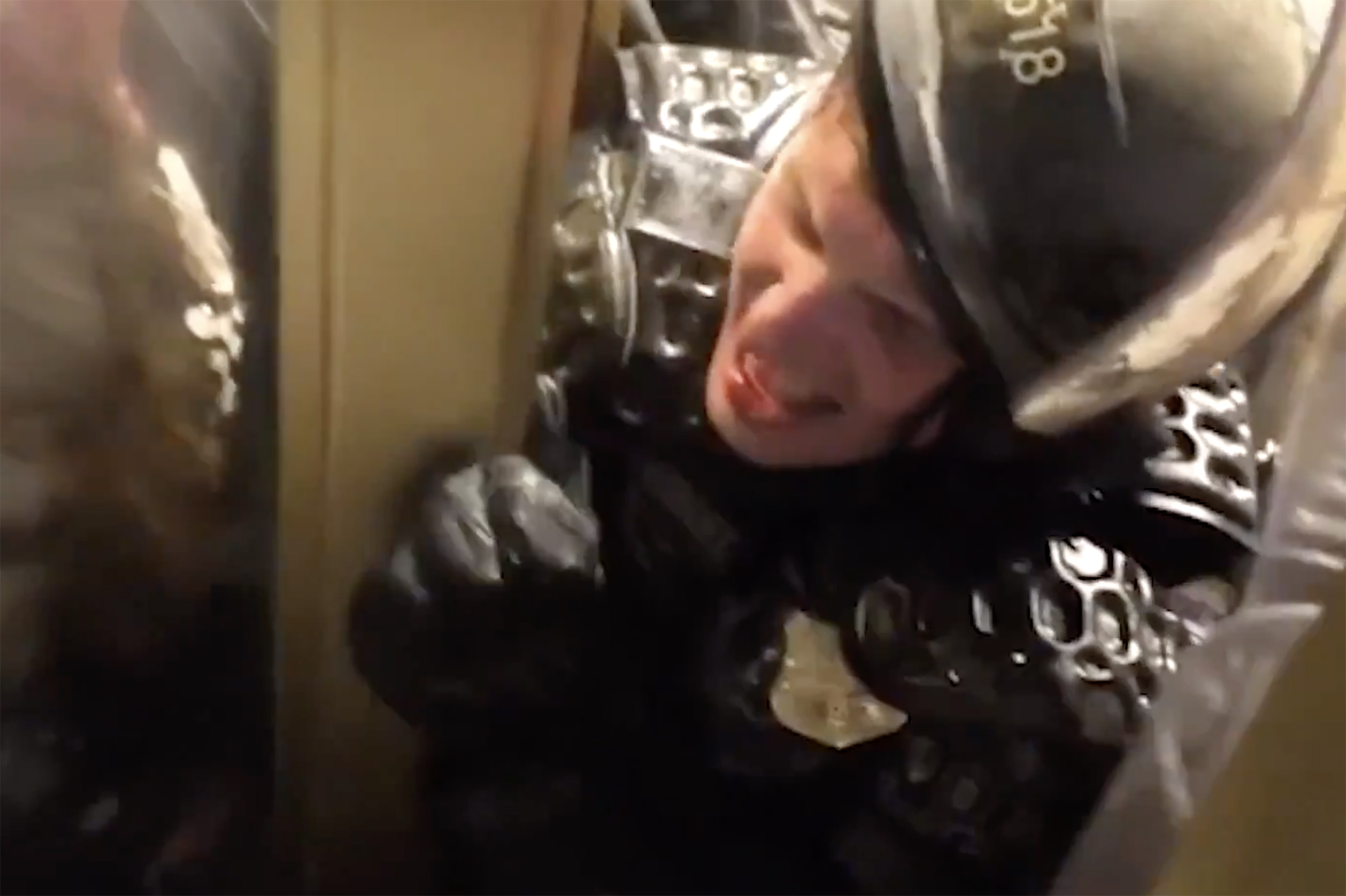 Officers who fought back rioters at the US Capitol were doused in bear mace and attacked with pitchforks as they battled “tooth and nail” for their lives during the violent uprising.

Officer Daniel Hodges, who was captured in the now-viral video being crushed by a door as protesters stormed the building, feared he was going to be killed.

“That was one of the three times that day where I thought: Well, this might be it,” the 32-year-old officer told ABC News.

“We were battling, you know, tooth and nail for our lives,” he added.

Hodges said members of the mob ripped off his gas mask, tried to gouge out his eyes — and even assaulted him with his own baton.

“At that point, I was also, you know, sucking in OC and CS gas [tear gas], so I was pretty disabled at that point,” he told the outlet.

“I thought, you know, this might be it. I might die and there’s nothing I can do to defend myself at this point. So I just started screaming at the top of my lungs for them to give me a way out, get me a line of retreat. Thankfully someone was able to do that and I was able to extricate myself.”

Another officer, Christina Laury, said cops were being sprayed with bear mace — a significantly stronger version of pepper spray — as they held the line outside.

“Unfortunately, it shuts you down for a while. It’s way worse than pepper spray,” she recalled in an interview with CNN.

“It seals your eyes shut. … You’ve got to spray and douse yourself with water. And in those moments, it’s scary because you can’t see anything and have people that are fighting to get through.”

Laury, a 32-year-old cop with the Metropolitan Police Department’s gun unit, added that cops were also being hit with metal objects.

Meanwhile, Officer Michael Fanone described how rioters dragged him out of the building and slammed him on the ground.

“Some guys started getting ahold of my gun and they were screaming out, ‘Kill him with his own gun,’” he recalled in the interview.

Five people died during the siege, including one Capitol Police officer.

So far, more than 46 suspects have been charged in federal court as authorities continue to investigate the siege.