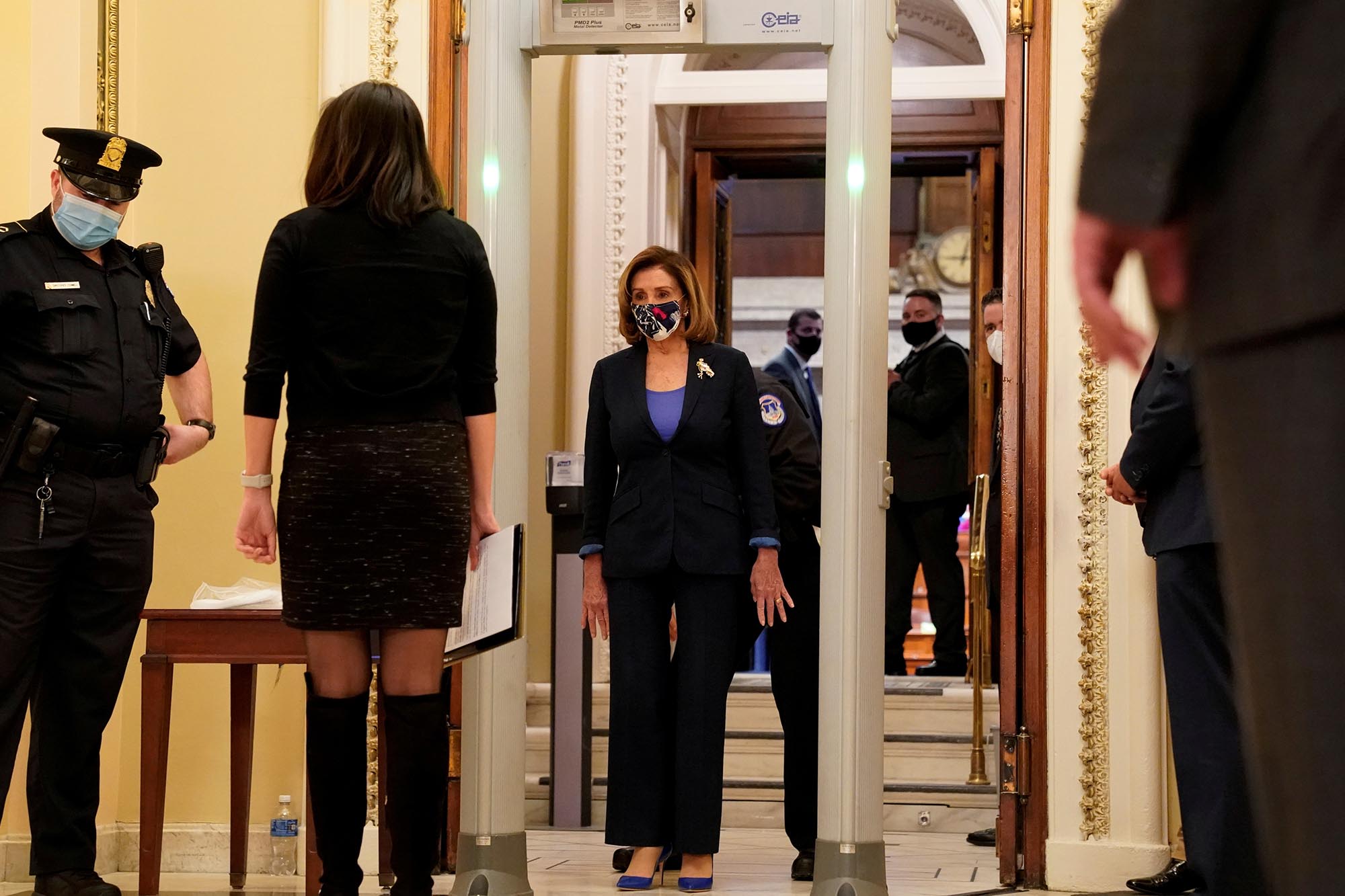 The House of Representatives is preparing to fine lawmakers who flout the chamber’s new security measures after several took issue with a newly installed metal detector.

The rule change was announced Wednesday night by House Speaker Nancy Pelosi, who said it will be voted on once the lower House returns to session on Jan. 21.

In a statement on the rule, Pelosi called out the GOP members of the House, some of whom simply walked around the detectors Tuesday night.

“Many House Republicans have disrespected our heroes by verbally abusing them and refusing to adhere to basic precautions keeping members of our Congressional community, including the Capitol Police, safe.”

She refused to let cops search her bag, and was subsequently denied entry to the Capitol. But she later entered the chamber, though it was unclear how.

Under the rule, a first offense will land lawmakers a $5,000 fine. A second violation will cost $10,000, with the money pulled directly from lawmakers’ salaries, according to Pelosi’s announcement.

“It is tragic that this step is necessary, but the Chamber of the People’s House must and will be safe,” Pelosi said.

The House on Tuesday night adopted similar fines for members who refuse to wear masks.