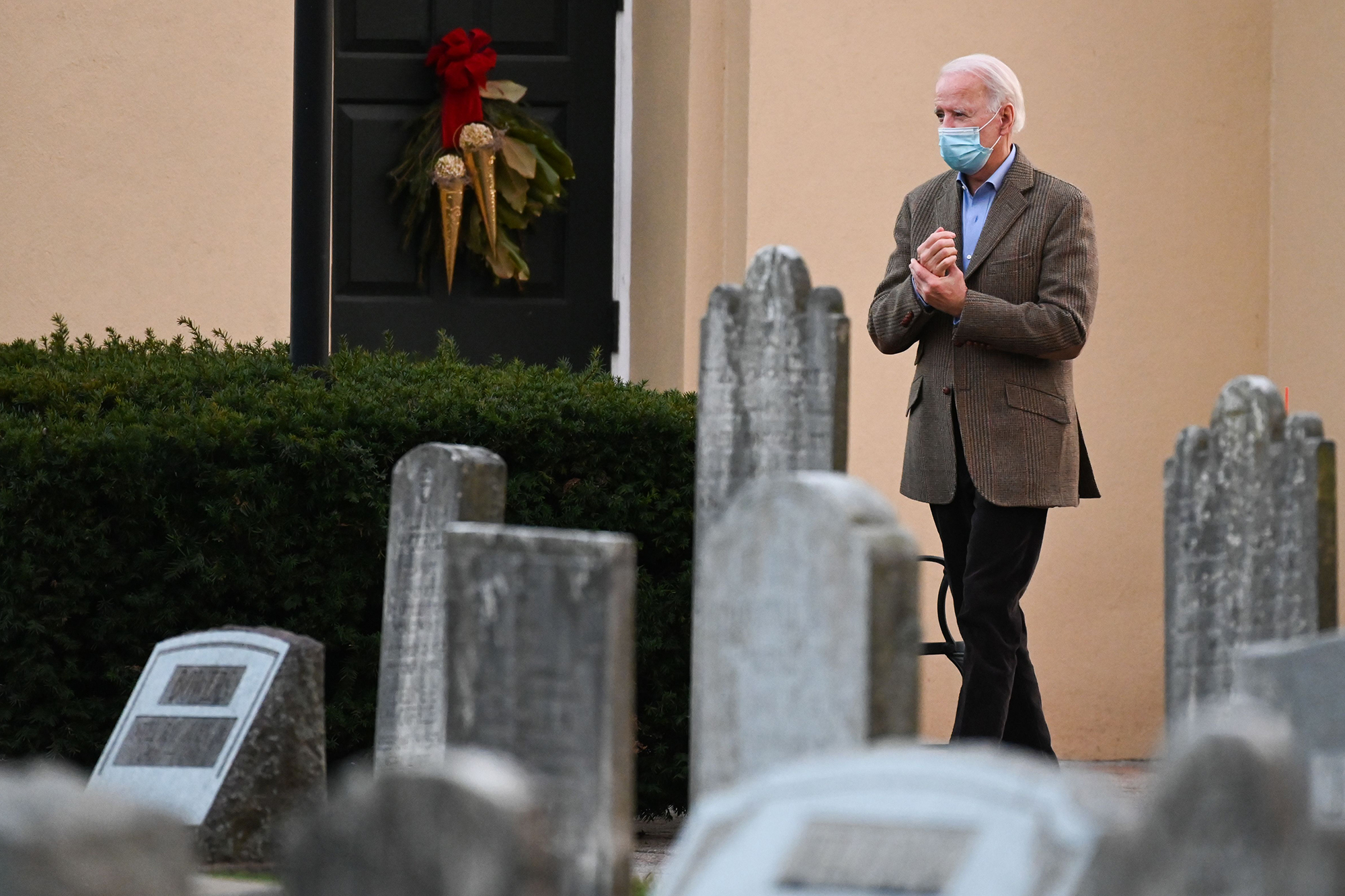 President-elect Joe Biden was spotted at church in Delaware Saturday afternoon, days after thousands of pro-Trump rioters stormed the U.S. Capitol during a violent siege that killed at least five people.

Biden was seen leaving St. Joseph on the Brandywine Roman Catholic church in Wilmington, where he’s a regular parishioner.

Biden, wearing a dark-colored suit jacket and blue face mask, was shadowed by his security detail as he left the church.

He attended mass after publicly condemning the deadly Capitol Hill siege, calling it an “assault on out democracy,” and “one of the darkest days in our nation’s history.”

At least five people were killed, including a Capitol police officer who was bludgeoned with a fire extinguisher, an Air Force veteran who was shot inside the building, and three died during medical emergencies.