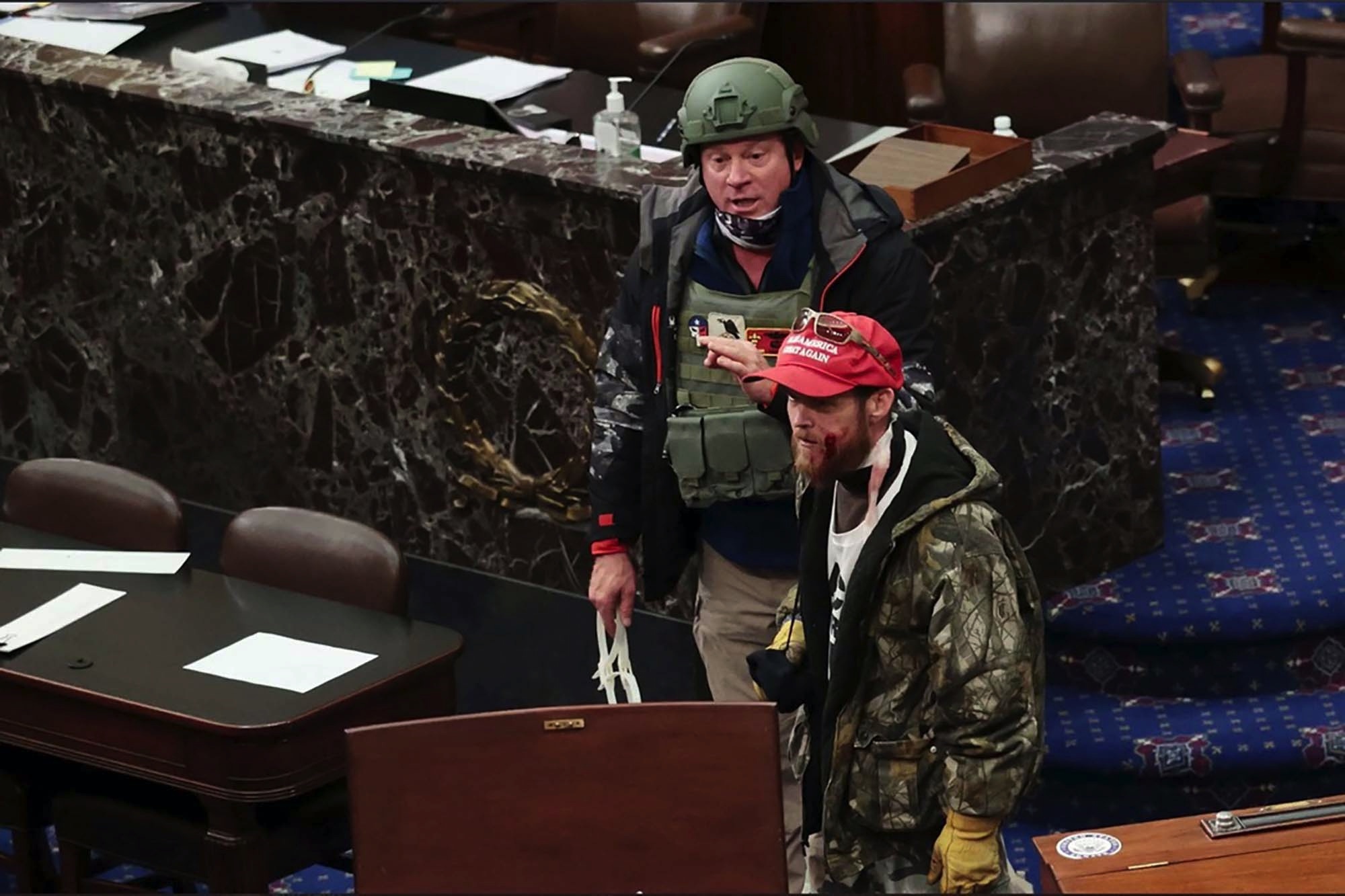 A rioter filmed wearing military gear and carrying zip-tie handcuffs on the Senate floor has been identified as a retired Air Force lieutenant colonel.

Larry Rendall Brock, Jr., an Air Force Academy graduate and combat veteran from Texas, was seen in photos and videos roaming around the Capitol and even breaking into House Speaker Nancy Pelosi’s office suite along with other pro-Trump demonstrators, the New Yorker reported Friday.

Brock confirmed to the outlet that he was the man in photos and videos.

The veteran — whose pro-Trump views had grown increasingly radical, according to friends and family — said his goal in Washington, DC was to protest peacefully.

“The President asked for his supporters to be there to attend, and I felt like it was important, because of how much I love this country, to actually be there,” he told the New Yorker.

Brock, who lives in a suburb of Dallas, denied that he went inside Pelosi’s office, but ITV News footage disputes his claim, showing him emerging from the suite.

The 53-year-old father of three added he wore tactical gear because he wanted to protect himself from Black Lives Matter and Antifa.

As for the zip ties, Brock claimed he found them on the floor.

“I wish I had not picked those up,” he told the outlet. “My thought process there was I would pick them up and give them to an officer when I see one. I didn’t do that because I had put them in my coat, and I honestly forgot about them.”

John Scott-Railton, a senior researcher at Citizen Lab, at the University of Toronto, tweeted Friday another rioter carrying zip-ties had been identified as Eric Munchel from Nashville, Tennessee.

Scott-Railton has been identifying people who went to the protests on social media. He also identified Brock and told the New Yorker he notified the FBI that Brock attended the riots.

Another Air Force veteran at the violent siege — Alshi Babbitt, a vocal Trump supporter from California — was shown in multiple videos being fatally shot by Capitol police as she tried to breach a barricaded door into the Senate chambers.

A Capitol police officer also died when he was bludgeoned in the head with a fire extinguisher, and three others who attended the protest suffered fatal medical emergencies.