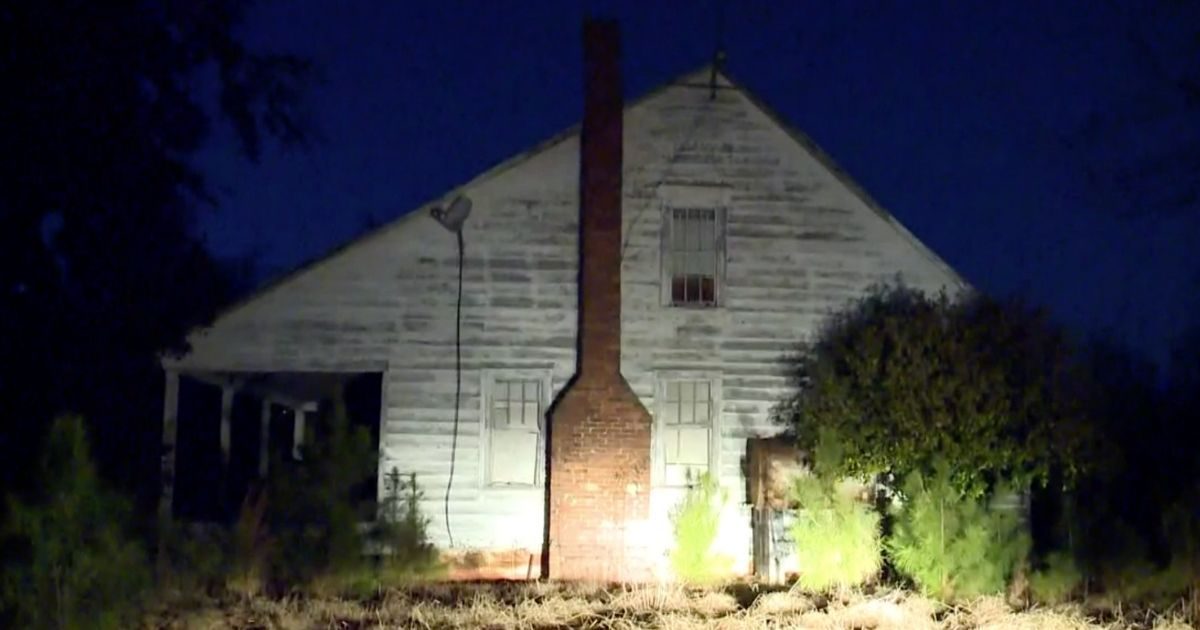 South Carolina authorities are investigating after a supposedly haunted house in Norway where a dead body was found decomposing was set ablaze.

According to Crime-Online, a group of explorers ventured into the haunted house where they made the grisly discovery of a dead body.

An 18-year-old in the group noticed a putrid smell and opened a freezer to find a decomposing body still partially dressed in jeans and socks.

The Orangeburg County Sheriff’s Office is investigating the death after the explorers made contact with them sometime after the macabre find.

While in the home on Sunday, the group noticed a foul smell. An 18-year-old man then opened a deep freezer in to find a decomposing body, dressed in socks and jeans.

Group exploring rumored ‘Haunted House’ find dead body in a freezer. Then the house burns down

However, the dead body in the haunted house wasn’t the only unsettling part of the story.

Two days after the discovery, local firefighters responded to a fire at the scene of the abandoned abode.

Police have said the blaze is considered suspicious, but it wasn’t clear if they have identified any suspects.

According to WNCN in Raleigh-Durham, the home was burnt down in the early Tuesday fire.

Authorities say the abandoned South Carolina home where a group of people found a body stuffed in a deep freezer has burned down two days after the gruesome discovery.

Police have not said why they consider the fire at the haunted house with the dead body suspicious.

Authorities have said they are likewise currently unable to identify the decomposing corpse found in the freezer.

Medical officials have said the decomposition was so bad, they are currently not able to determine a cause of death or identity.

They are even unable to determine the sex of the corpse, WSOC in Charlotte reported.

The Orangeburg County Sheriff’s Office says the group of eight adults were out riding four-wheelers on Sunday when they decided to explore the property in Norway.

Officials have previously said the owner of the haunted house was cooperating with the dead body investigation.

According to WLTX, the previous tenant, Ron Phillips, said the freezer where the body was found belonged to his family — but he hasn’t been there in over a year.

“My daughter grew up out there and it really has affected her to know that somebody would come out there and do such a thing as dispose a body in the old freezer on the back porch,” Phillips said. “It’s just a terrible thing.”

The cause of the fire remains “undetermined” and police are investigating both the body and the potential arson.

When asked about the rumors of his old home being “haunted”, Phillips said, “Well there was some voices in the house, it’s been like that for years.”