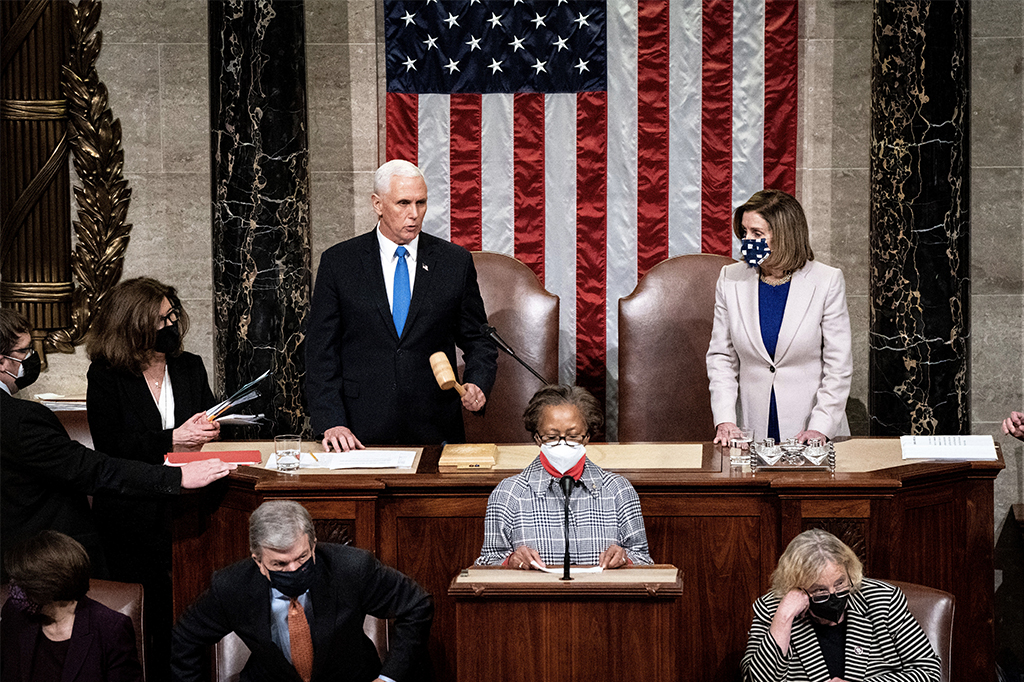 The certification of Biden’s 306 electoral college votes was delayed for hours after lawmakers were forced into lockdown when an angry pro-Trump mob wreaked havoc on the Capitol building Wednesday.

Before confirming Biden’s win, objections to his victories in Arizona and Pennsylvania were brought up — and subsequently squashed — during the joint-session of Congress.

Other planned objections were dropped by several Republican Senators after Wednesday’s unrest.

The violence at the Capitol resulted in the shooting death of a woman, over 50 arrests and widespread destruction.

Biden called the chaos “an unprecedented assault unlike anything we’ve seen in modern times,” in a Wednesday address.

The president-elect also said the lawlessness at the Capitol didn’t represent the “true America” but was instead the work of a “small number of extremists.”