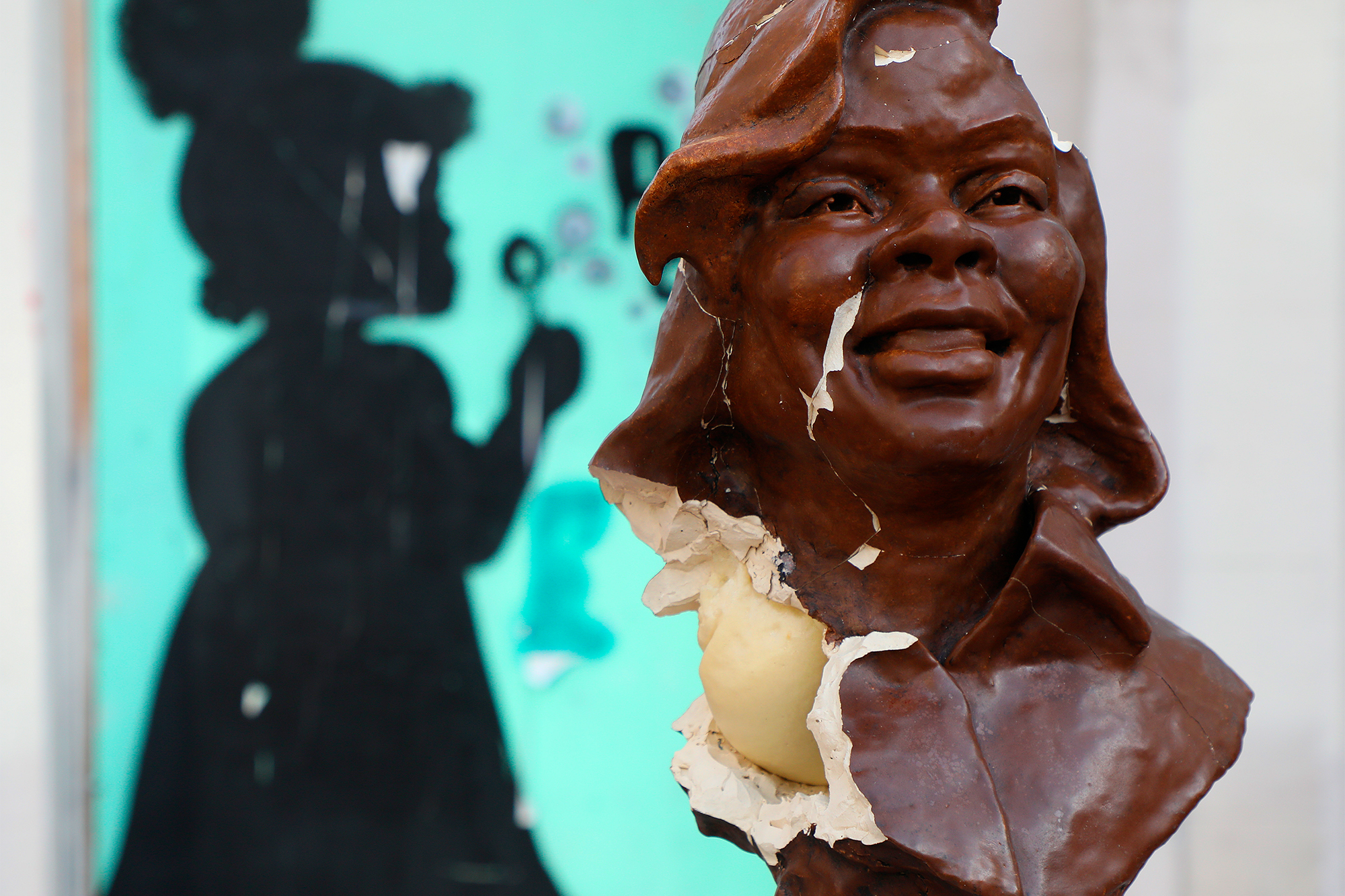 A ceramic bust in memory of Breonna Taylor that was vandalized last weekend has now been stolen.

The sculpture, installed less than two weeks ago outside downtown Latham Square in the California city, was smashed and badly damaged Saturday by unknown vandals.

“This proves that this was not a one-off event, a drunk racist, but a coordinated effort to undermine the Black Lives Matter movement,” sculptor Leo Carson, who created the bust, told the station. “We are not going away.”

Carson launched a fundraising drive to repair the statue and bronze it after it was vandalized.

It is unclear how much it would cost to replace the sculpture.

Taylor’s death became one of the most high-profile cases of police violence that helped spark global Black Lives Matter protests.

The 26-year-old EMT was shot and killed by police in Louisville, Kentucky, during a botched drug raid on March 13.

Police in Oakland are now investigating the theft of her Oakland memorial.