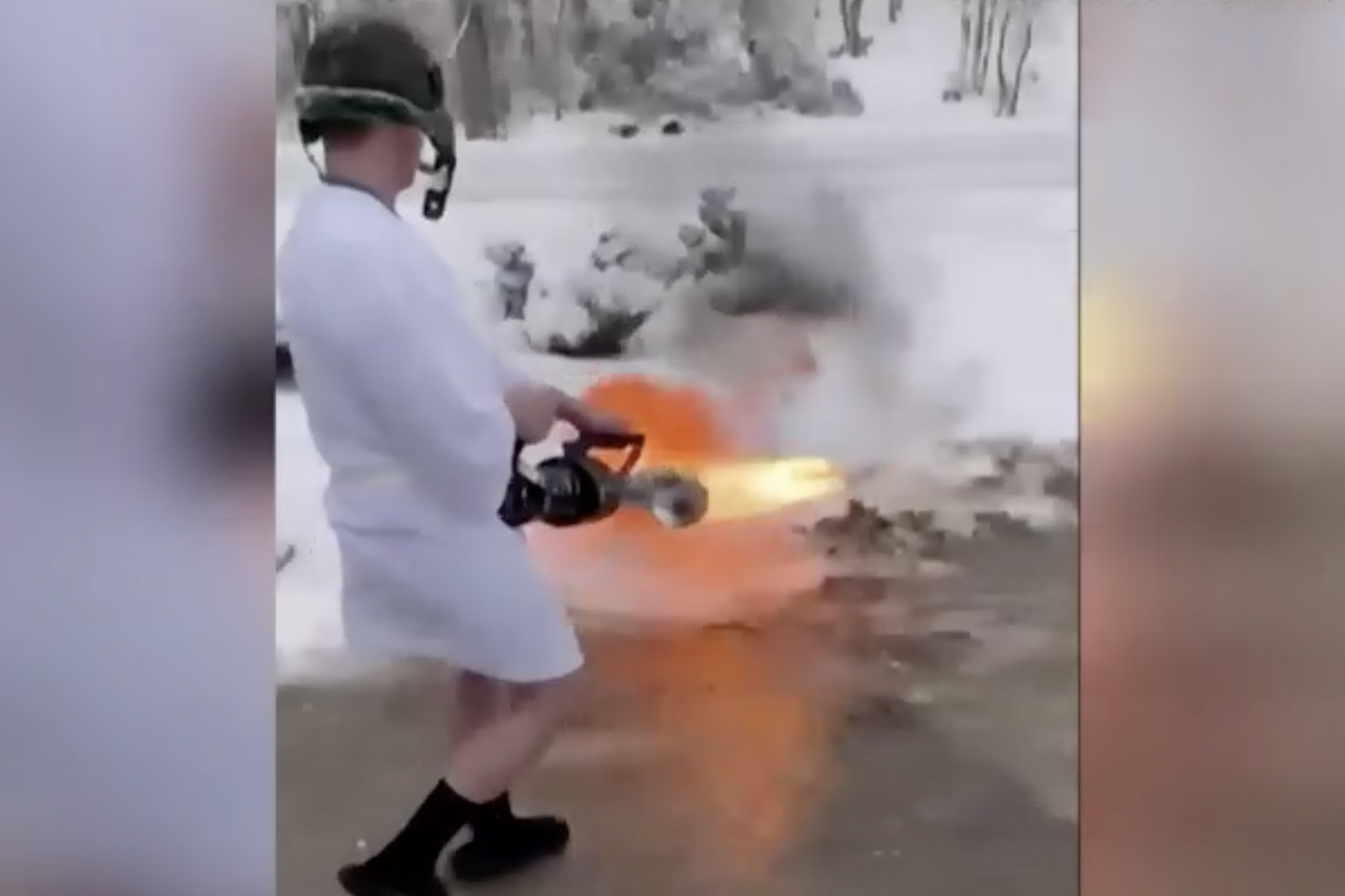 It’s a surefire way to break the ice.

Footage showed Timothy Browning — wearing only a white bathrobe, slippers and a hat — chugging a beer and popping a cigar in his mouth before handling the fireblaster outside his home in Ashland.

“Browning snow services removal now available!” a woman says at the start of the clip.

Browning then casually wields the flamethrower, which quickly melts away the surrounding flakes.

“God bless American rednecks!” he captioned the video, which he posted on Facebook Friday.

The clip was shared widely over the weekend, with many users applauding Browning’s creative shoveling tactic.

“How do I get one of these lol,” commented one person from Alberta, Canada.

Browning told Reuters: “I thought it’d be funny for a video and wanted to clear off the under layer of ice on the driveway.”