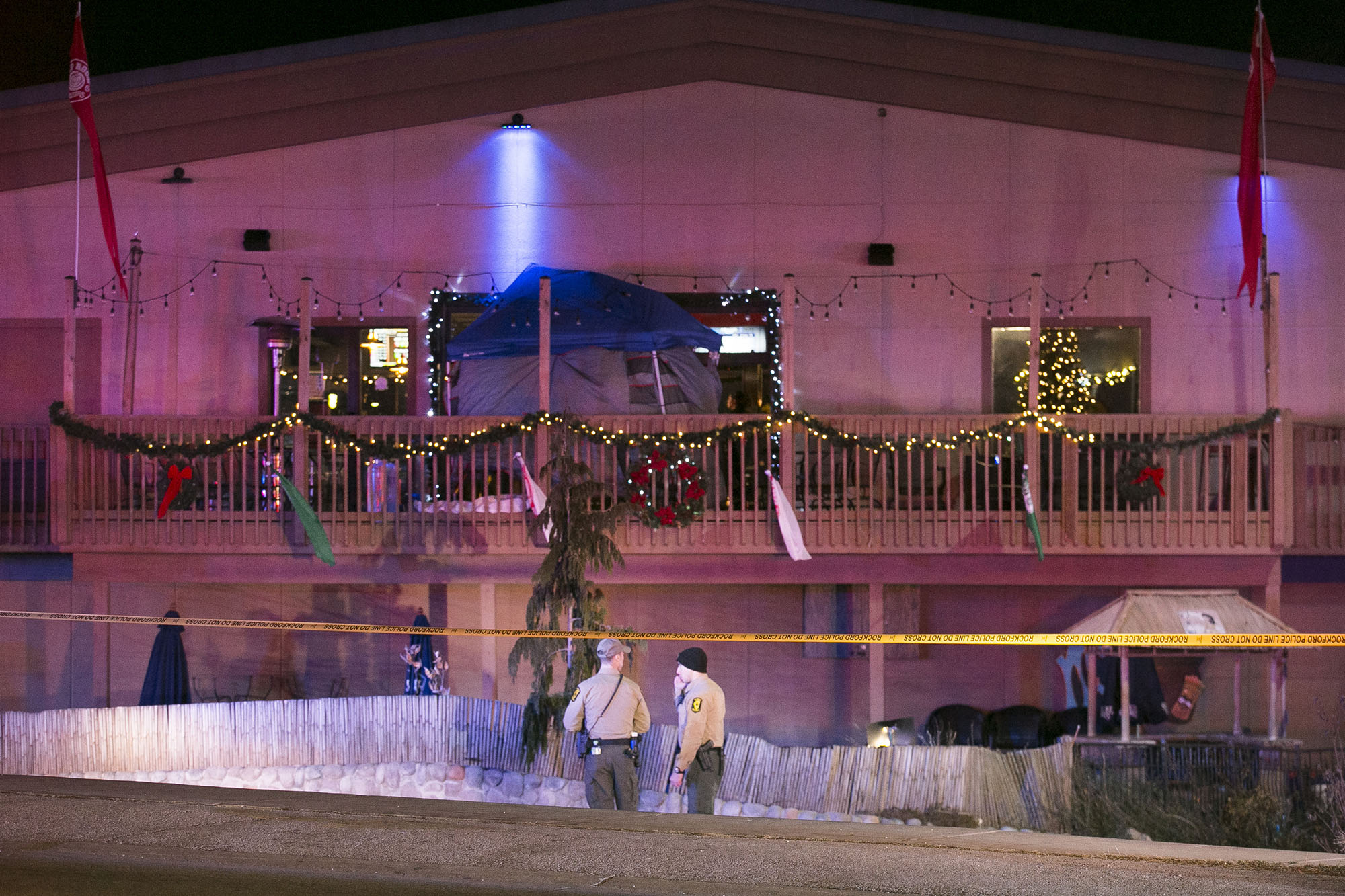 At least two teenagers were among six shot in an apparently random deadly attack at an Illinois bowling alley bar named Shooters — which the owners on Sunday slammed as a “heinous act of violence by an evil coward.”

The suspected killer — an unidentified 37-year-old man — was still inside Shooters Bar at Don Carter Lane in Rockford when officers arrived to the bloodbath Saturday night, Police Chief Dan O’Shea told a briefing.

“No officers fired their weapons that we know of at this point,” O’Shea told reporters, according to the Rockford Register Star, saying the man arrested is the “only individual we believe at this point to be involved.”

So far, the mass shooting appears to be a random attack, the police chief said — one that left three dead and three others injured.

“I do know there are two teenagers that have been shot,” O’Shea said, without revealing if they were among the dead.

One customer, 24-year-old Amanda Hollenbeck, told DailyMail.com that she saw “an older man … shot in the head” as well as another victim hit close to where she was in the “terrifying” attack.

“I was three steps away from the shooter. If it would’ve been any longer I’d be dead,” Hollenbeck told the outlet. “You hear about shootings but to witness it … man, it was scary as f–k,” she said.

It was not clear if staff were among those hit — although Shooters’ manager spelled out the devastation early Sunday in a pair of Facebook posts.

“A heinous act of violence by an evil coward took innocent [lives] tonight,” the manager wrote.

“How do I comfort my family, my son, my daughter-in-law, my staff that senseless coward that decided to do a mass shooting for no reason took our friends from us and hurt other friends and took what would be a safe place and made it scary?” another post asked.

“God please be with their friends and families,” the post said of the dead and injured, thanking law enforcement for “heroic actions that prevented further loss of life.”

A candlelight vigil is planned for Tuesday.

“I want that coward to know you can’t break our spirit,” the manager wrote.

“Our friends and customers will live on in our memories and our hearts they will never be forgotten,” the post said. “Please say a prayer for the victims and their families during these tough times.”

The mass shooting capped the deadliest year on record in Rockford, with 35 homicides in 2020 being the most of any year on records dating back to 1965, according to the Rockford Register Star.