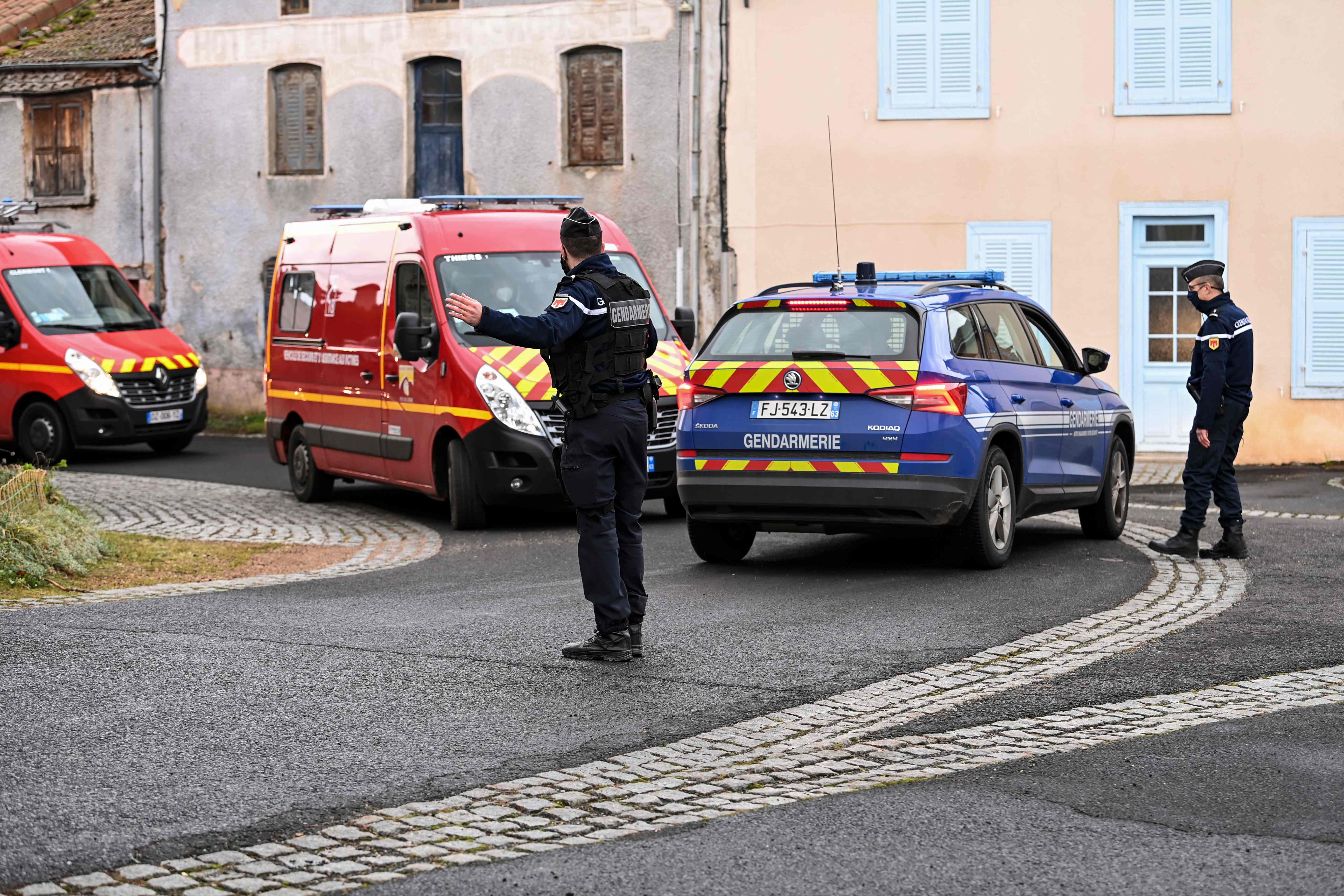 Three French police officers were shot dead and a fourth was injured early Wednesday while trying to help a woman who fled to the roof of a house during a domestic violence incident, authorities said.

The shooter was identified as a 48-year-old man.

He allegedly fired at two of the cops shortly after midnight, as they approached his house in a rural village near Saint-Just in Central France, Agence France-Presse reported.

One of the officers died of his injuries while the other was taken to a hospital with a wound to his thigh.

The madman then set fire to his house as backup officers arrived — and shot two more cops, killing them, the Clermont-Ferrand prosecutor’s office told AFP.

The officers killed were aged 21, 37 and 45, France’s Interior Minister Gérald Darmanin said in a statement.

Authorities were able to bring the woman to safety.

The alleged shooter, meanwhile, was still on the run at around 7 a.m. local time.

He is known to law enforcement in the area for acts related to child custody issues, sources told AFP.

François Chautard, the mayor of the town of Saint-Just, said during an interview on French TV that a family dispute appeared to have sparked the incident.

Police were evacuating nearby residents and securing the area, Chautard said on BFMTV, adding that the house had been “completely destroyed by the fire.”