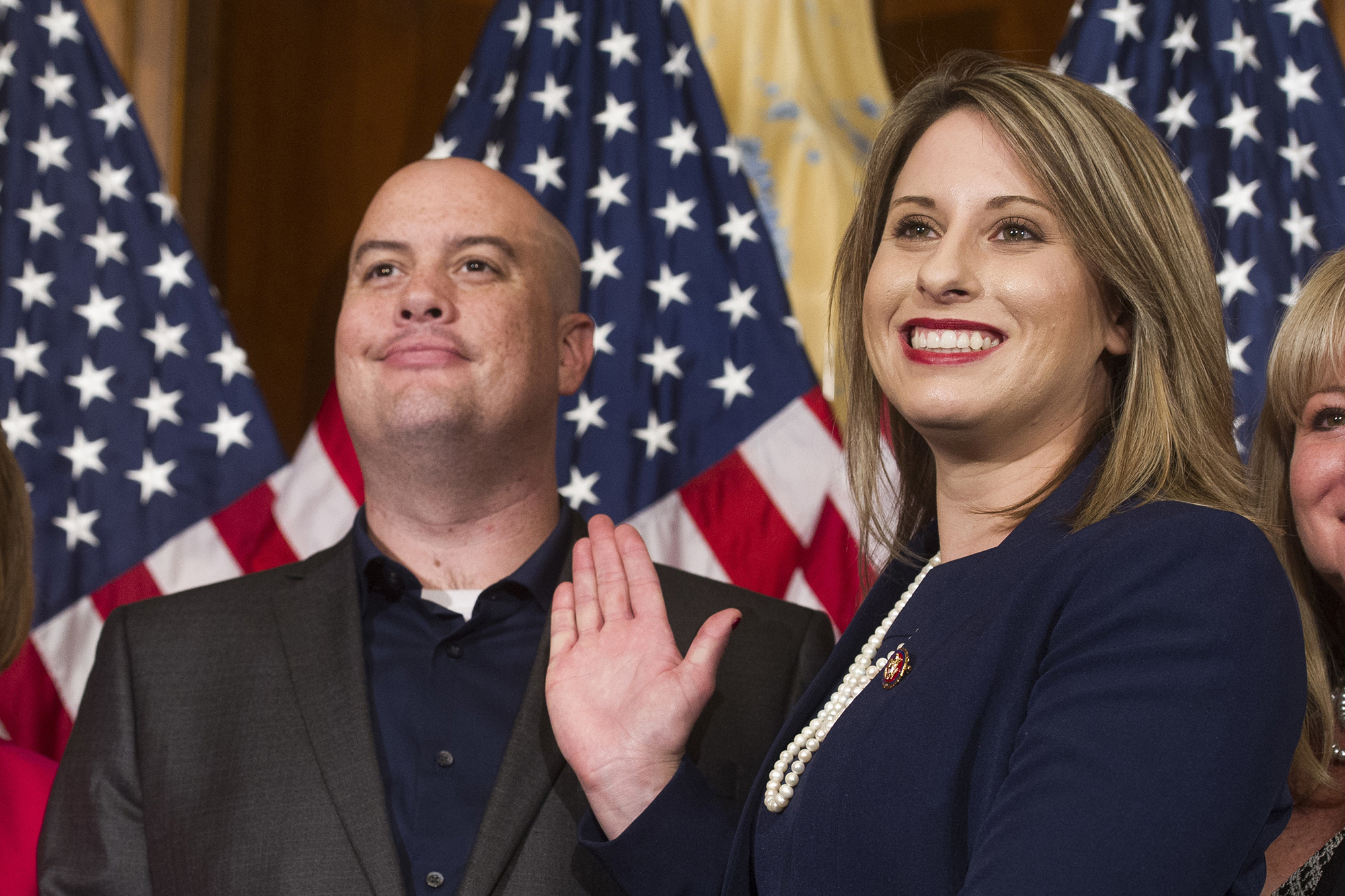 Hill had argued in seeking that order that she feared for her life and went on to accuse her ex of a decade and a half of physical, sexual and emotional abuse.

Three days after the order was approved, the Daily Mail published an article that included a naked picture taken by Heslep.

Hill alleges in the new lawsuit that her seeking the restraining order triggered him to “humiliate her further, harder, louder and more viciously; even publishing new naked images they know were taken and disseminated without Hill’s consent.”

In the new suit, Hill’s lawyers argue that the Mail and Redstate’s First Amendment protections did not give them the “carte blanche right” to “sexually degrade and expose public officials.”

Hill was elected as a moderate Democrat during the 2018 midterms, but resigned less than one year into her first term in Congress under the intense spotlight on her three-way relationship with her husband and a female staffer.

The scandal surrounding her worsened when nude photos of the former congresswoman began to leak and she was accused of having an affair with a separate legislative aide in her office, which sparked a House Ethics Committee probe.

While Hill copped to the “throuple” relationship, she vehemently denied any affair with her Capitol Hill staffer, saying that the leaks about her personal life were coming from her abusive ex-husband.

Despite her admission, Redstate continued publishing naked photos of Hill on a near-daily basis for two weeks until she finally stepped down.