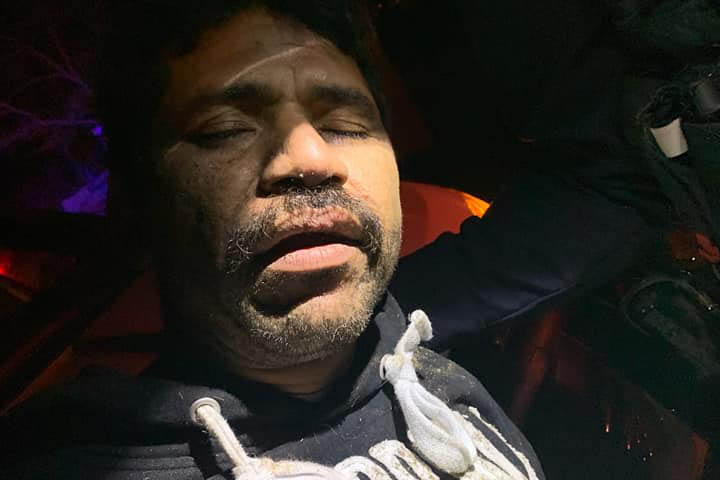 A California man is accused of biting a police K-9 and barking at officers after leading them on a pursuit Saturday night, authorities said.

Jorge Bucioperez is facing several charges after the wild chain of events that began when police spotted him allegedly run a red light while going 10 mph at an intersection in Corning, police said.

Bucioperez failed to stop when police tried to pull him over and sped up to 75 mph, the Corning Police Department said in a release posted to Facebook.

The suspect plowed through a gate, into a driveway and fled on foot into a residential backyard, prompting police to release their K-9 named Blaze.

Blaze captured Bucioperez, but the suspect allegedly of bit the dog, tried to bite officers and barked at them, the department said.

Police said Bucioperez had been drinking, and that methamphetamine was found in his van.

Bucioperez was charged with DUI, driving with an expired license and drug possession.