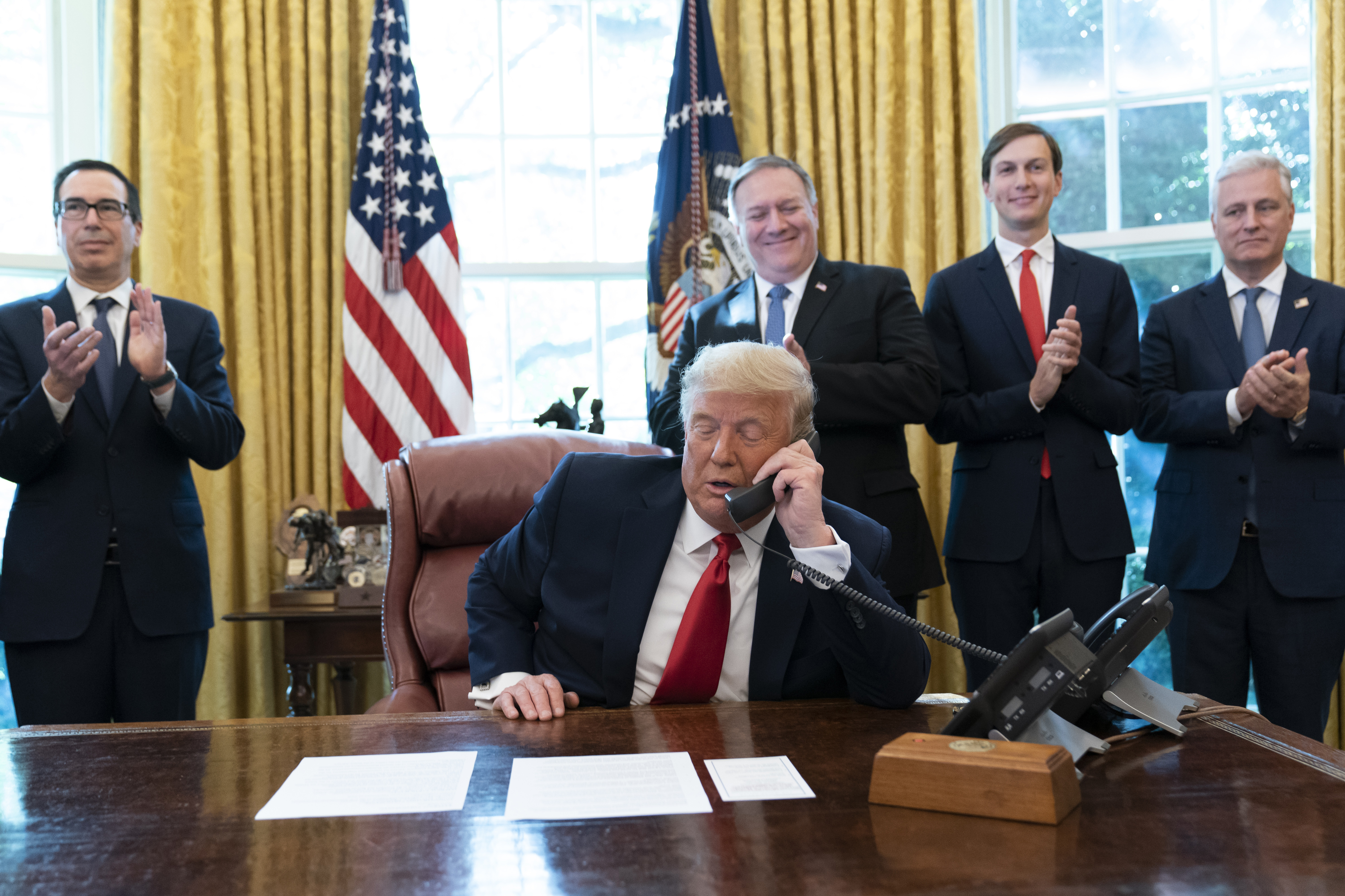 CAIRO — The U.S. Embassy in Khartoum said Monday that President Donald Trump’s administration has removed Sudan from the U.S. list of state sponsors of terrorism, a move that could help the African country get international loans to revive its battered economy and end its pariah status.

The U.S. Embassy in Khartoum said in a Facebook post that the removal of Sudan was effective as of Monday, and that a notification to that effect, signed by U.S. Secretary of State Mike Pompeo, would be published in the Federal Register. It said the 45-day congressional notification period has lapsed.

The designation of Sudan as a state sponsor of terrorism dates back to the 1990s, when Sudan briefly hosted al-Qaida leader Osama bin Laden and other wanted militants. Sudan was also believed to have served as a pipeline for Iran to supply weapons to Palestinian militants in the Gaza Strip.

Sudanese Gen. Abdel-Fattah Burhan, head of the ruling sovereign council, hailed the move as “historic decision” by Trump’s administration. He tweeted Monday that delisting Sudan would “contribute to supporting the democratic transition.”

Sudan is on a fragile transition to democracy following an uprising that led to the military’s ouster of former autocratic President Omar al-Bashir in April 2019. The county is now ruled by a joint military and civilian government that seeks better ties with Washington and the West.

In October, Trump announced that he would remove Sudan from the list if it follows through on its pledge to pay $335 million to American terror victims and their families. Sudan has agreed to pay compensation for victims of the 1998 bombings of the U.S. Embassies in Kenya and Tanzania, attacks carried out by al-Qaida while bin Laden was living in Sudan.

According to the October announcement, once the compensation money was deposited, Trump was to sign an order removing Sudan from the terrorism list on which it has languished under heavy American sanctions for 27 years.

Since Trump’s announcement, the Sudanese government also inked an agreement with the U.S. that could effectively stop any future compensation claims being filed against the African country in U.S. courts.

That deal restores in U.S. courts what is known as sovereign immunity to the Sudanese government. It would however enter into force after U.S. Congress passes legislation needed to implement the agreement. Khartoum has said the $335 million in compensation money would be held in an escrow account until then.