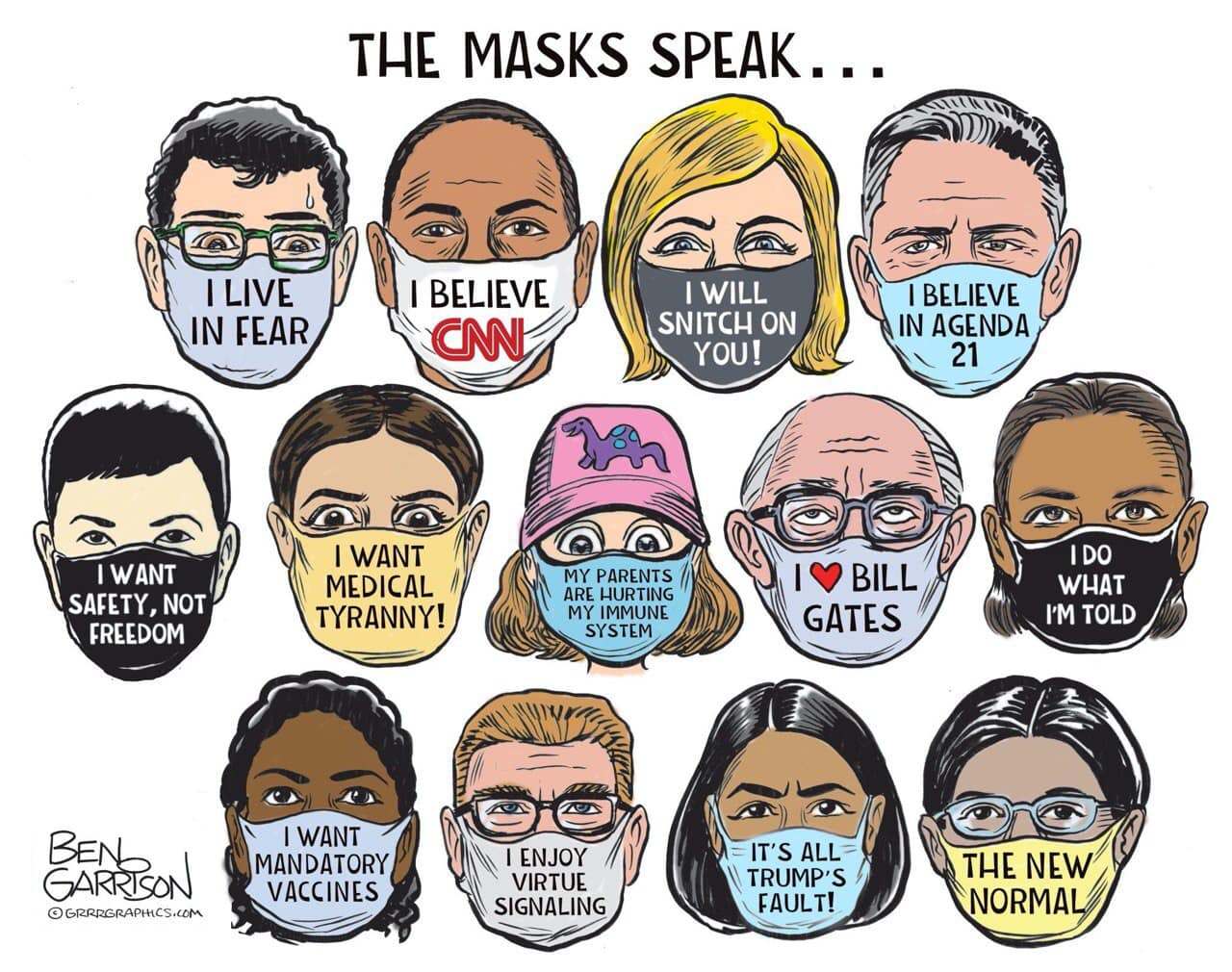 Most Western elites are telegraphing the message that we will be forced to cover our humanity with cheap  face masks indefinitely. They are mandating that even two-year-olds must wear masks. The long-term effects on the lungs, emotional and behavioral problems, and development of infants and toddlers is enormous. For such an unconstitutional invasion of personal liberty, they are responsible to show us some amazing degree of effectiveness of this cultish ritual. In fact, the data show the opposite.

The much-vaunted Danish mask study was finally published today in the prestigious Annals of Internal Medicine. Now we know why three medical journals were so averse to publishing its findings. The study completely obliterates the cultish devotion to masks. The results of this massive real-life controlled experiment show that the group that wore surgical masks in April experienced a 0.38% lower infection rate than the control group that did not wear masks. That is about one-third of one percent, which is so low that it could just be statistically random variances that demonstrate no definitive efficacy even to that infinitesimal level.

“The recommendation to wear surgical masks to supplement other public health measures did not reduce the SARS-CoV-2 infection rate among wearers by more than 50% in a community with modest infection rates, some degree of social distancing, and uncommon general mask use,” concluded the authors. “The data were compatible with lesser degrees of self-protection.”

There was a total of roughly 3,000 people in each group of the study, which would make this the largest study ever conducted on the efficacy of mask-wearing. In October, Berlingske, Denmark’s oldest operating daily newspaper, reported that three major journals – JAMA, New England Journal of Medicine, and Lancet – refused to publish the study.

It appears that the study’s authors had to twist their tongues in order to get this study published by noting that “the estimates were imprecise and statistically compatible with an effect ranging from a 46% decrease to a 23% increase in infection.” They of course had to concede that their study doesn’t definitely rule out the idea that masks could be effective!

So, we’ve gone from masks being more effective than a vaccine to no incontrovertible evidence that they will ever work in some way.

It’s important to note that several studies have theorized that the virus might have gotten more contagious in recent months than it was in the Spring. Assuming there is validity to that theory, this Danish study, which was conducted in April and May, would demonstrate that masks are ineffective even against the less contagious version of the virus.

Then again, there is nothing new about mask-wearing to anyone paying attention. It has long been the policy of OSHA that respirators, such as an N-95s, are the minimum standard for personal protective equipment. We have always known that surgical masks, which have pores about 30 times larger than virus particles and are not form-fitted around the edges, cannot protect against airborne viruses such as the flu. Plus, most people, especially those who are indoors for a long period of time, such as in school and business settings, will tend to wear more comfortable cloth masks, which are even less effective and risk spreading the virus even more.

Which is why nobody should pay attention to the disclaimer in the study, which the authors clearly had to write in order to get the study accepted:

The findings, however, should not be used to conclude that a recommendation for everyone to wear masks in the community would not be effective in reducing SARS-CoV-2 infections, because the trial did not test the role of masks in source control of SARS-CoV-2 infection. During the study period, authorities did not recommend face mask use outside hospital settings and mask use was rare in community settings. This means that study participants’ exposure was overwhelmingly to persons not wearing masks.

This is a fair point – that at the time, most other people outside of the study group in Denmark were not wearing masks. The problem is we’ve seen the virus spread to everyone in the ensuing months, including in places with 100% mask compliance. In a recent CDC study, 85% of those convalescent COVID patients surveyed reported that they wore masks always or most of the time during the lead-up to their infection period. Thus, the Danish study results clearly corroborate what we see with our own eyes in all environments.

We have seen this result from over six months of real-life experience in the world and even in the military with 100% compliance. Mask-wearing is the only edict that can result in zero efficacy and then use that lack of efficacy against the virus, as witnessed by the massive spread, as further pretext … to double down on mask-wearing! My son was yelled at for slipping his mask down in a dentist’s office for a few seconds when the doctor and hygienist would literally be in his mouth for a much longer period of time. Have we ever experienced something this destructive and illogical in our lifetimes?