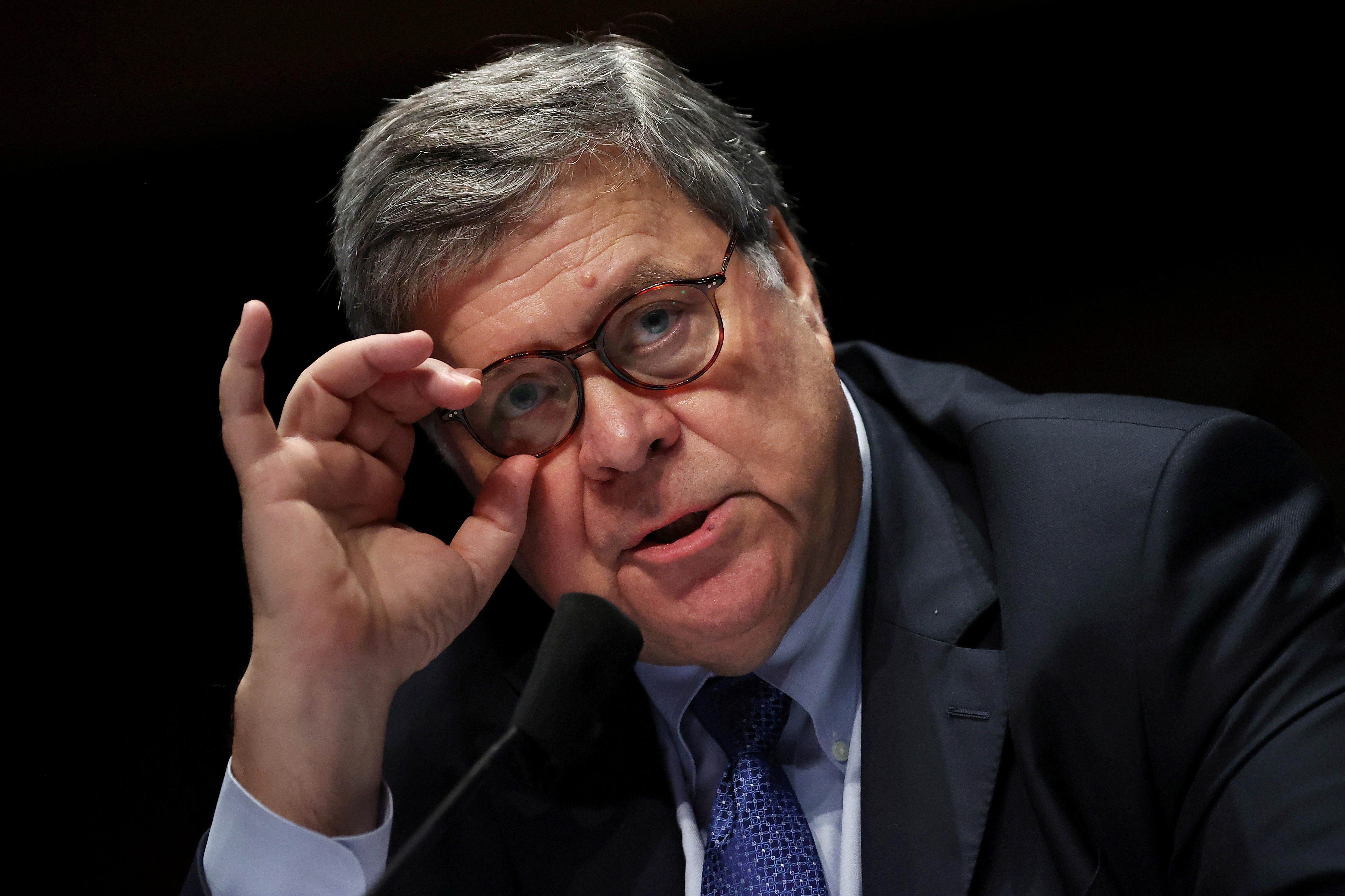 One source told CNN that Barr, 70, is not happy with the president, writing that the AG “is not someone who takes bullying and turns the other cheek!”

“He has not made a final decision,” the source told the network.

Trump was frustrated with Barr for saying in an interview with The Associated Press that the Justice Department had not uncovered evidence of widespread election fraud.

“To date, we have not seen fraud on a scale that could have affected a different outcome in the election,” Barr told The AP weeks after he authorized federal prosecutors to investigate alleged “voting irregularities” in the 2020 election.

Barr and the president had a “contentious,” lengthy meeting inside the West Wing on Tuesday, a person familiar with the meeting told CNN.

On Thursday, Trump declined to say whether he had confidence in Barr.

“Ask me that in a number of weeks from now. They should be looking at all of this fraud,” he told reporters in the Oval Office.

Two White House officials told CNN that while Trump had considered getting rid of Barr, he was being advised against it by several people.

People close to Barr also told The Washington Post on condition of anonymity that the AG had considered stepping down even before his remarks to the AP.

He first discussed the matter with associates shortly after Election Day, when it became clear that Joe Biden had won, a person familiar with the conversation told the newspaper.

Barr had told friends before the election that if Trump won, he would have liked to stay on as attorney general for some time during the second term, the paper reported.

One presidential adviser told the outlet last week that Barr could be fired.

A source also told The New York Times, which also reported about Barr’s thinking, that he had concluded that he had completed the work he had set out to accomplish at the Justice Department.

Should Barr resign before the end of the Trump administration, Deputy Attorney General Jeffrey Rosen, would be expected to lead the  department until Biden is sworn in, The Times reported.