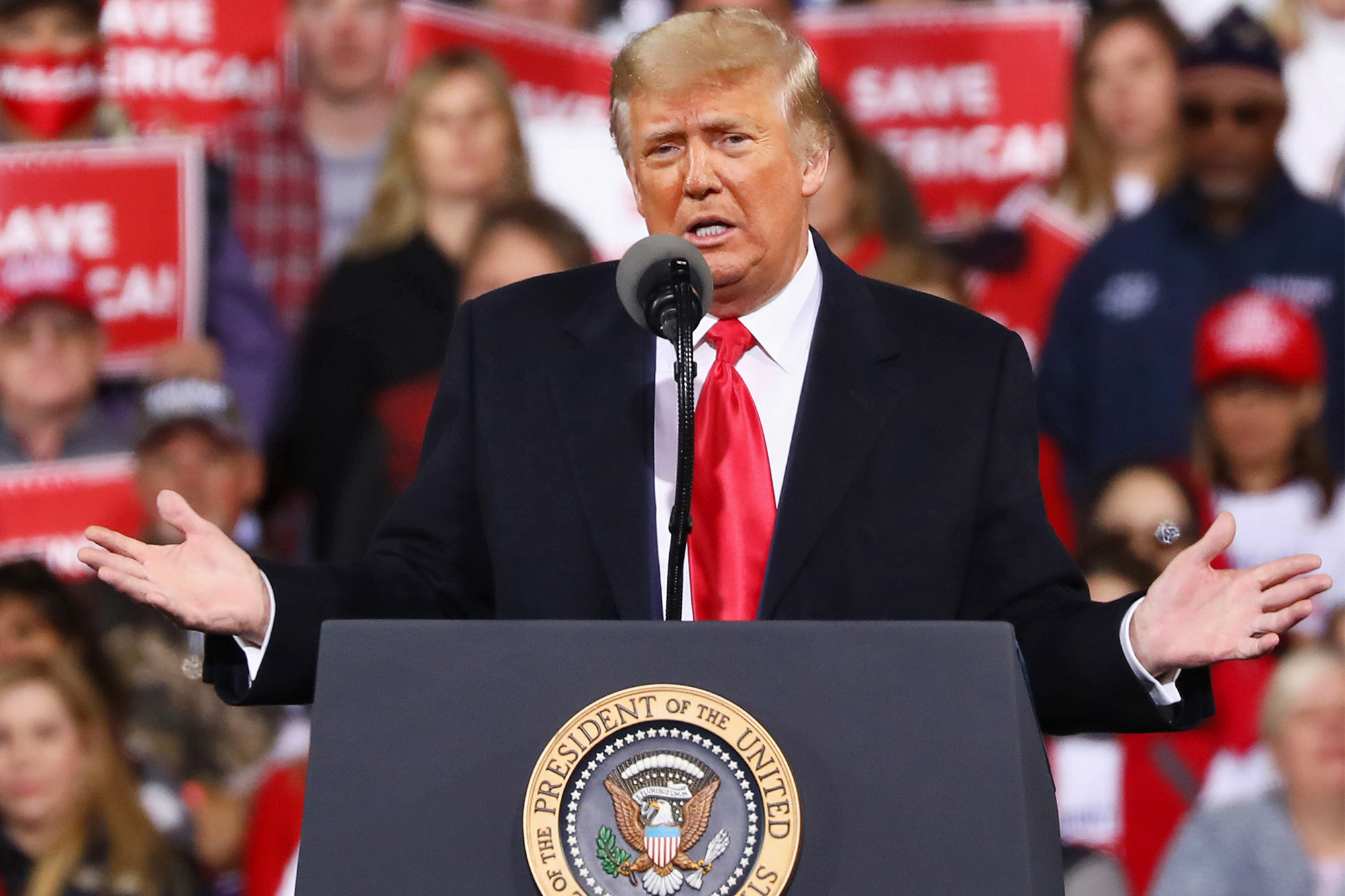 President Trump delivered his first stump speech since Election Day Saturday night, telling an enthusiastic Georgia crowd that the 2020 election was “rigged,” including in the Peach State — but that they still need to save the Senate by voting in droves in next month’s critical runoff election.

Still not conceding that he has lost to Joe Biden, Trump insisted that both the national contest and the upcoming runoff have fallen prey to unspecified, but massive, vote thievery.

The pair are fighting to hold onto their seats in a double-barrel runoff on Jan. 5 that will decide which party controls the upper chamber.

“But you can’t ever accept when they steal and rig and rob — and now they’re trying to steal these two important seats, these two seats in Georgia,” Trump said of the two candidates.

“We know the Democrats are planning to cheat,” Trump told rallygoers, who chanted “Stop the steal!” in agreement.

Still, “If you don’t vote, the socialists and the communists win,” Trump told the crowd.

Trump again riffed against the “fake news” media, as is customary at his rallies, singling out CNN for avoiding stories about the contents of an abandoned laptop that showed Biden’s son, Hunter, promising his father’s involvement in business deals in China and Ukraine.

“It’s hard to have a scandal if they won’t talk about it,” he said of “Big Tech” and “the fake news media.”

“Other than The New York Post” and Fox News, “most of the press, it was suppressed,” he said of the story. “So that no matter what, they wouldn’t talk about it. But I have to give a lot of credit to Col Allan and The New York Post,” he said, name-checking the paper’s former editor-in-chief and consultant.

If Purdue and Loeffler, both incumbents, lose to Democrats Raphael Warnock and Jon Ossoff, the Republicans will lose their slim majority and the Senate will be evenly split, 50-50, between Democrats and Republicans.

That would hand de facto control to the Democrats, with Vice President-elect Kamala Harris having the deciding vote in deadlocks as president of the Senate.

But the runoff elections have been complicated by Trump’s loss in the Peach State last month — and his subsequent claims of widespread voter fraud.

On Saturday, just hours before he headed to a rally, Trump slammed Georgia Gov. Brian Kemp and called the Republican’s political loyalties into question in a tweet that demanded “a simple signature verification” to keep the president’s recount efforts alive.

“If we win Georgia, everything else falls in place!” Trump wrote.