A message directed at the Chinese people from Australia’s prime minister was scrubbed from China’s WeChat social media platform Thursday amid the diplomatic war of words between Canberra and Beijing over a graphic tweet.

On Tuesday, Morrison took to WeChat to criticize the “false image” – while offering praise to the Chinese community in Australia.

In his message, Morrison defended Australia’s handling of a damning war crimes probe into the actions of special forces in Afghanistan – saying Australia would deal with “thorny issues” in a transparent way.

But the Chinese company deleted his post Wednesday on the grounds that it violated regulations, including “distorting historical events” and “confusing the public.”

Tencent, the parent company of WeChat, did not immediately respond to a request for comment from Reuters.

Chinese Foreign Ministry spokesperson Hua Chunying on Thursday told reporters that WeChat’s management had their “own rules and regulations — and they have the right to handle business concerning WeChat according to their own rules.”

Morrison, meanwhile, told reporters in Canberra that his aim was for the two countries to have a “happy coexistence.”

“My position and my government’s position is to seek constructive engagement,” he said. “The relationship with China is a mutually beneficial one. It supports both our countries, it is good for both of our countries.”

He said Australia had made its views very clear on both the controversial tweet and his WeChat message.

Australian Treasurer Josh Frydenberg said he was disappointed about both the tweet of the faked image and the prime minister’s deleted message, which had been read by 57,000 WeChat users by Wednesday.

“What the prime minister did in his WeChat message before it was disappointingly deleted was he made it very clear Australia is proud of its servicemen and women who wear the uniform,” Frydenberg said.

WeChat, which has 690,000 active daily users in Australia, told an Australian government inquiry in September that it would prevent foreign interference in Australian public debate through its platform. 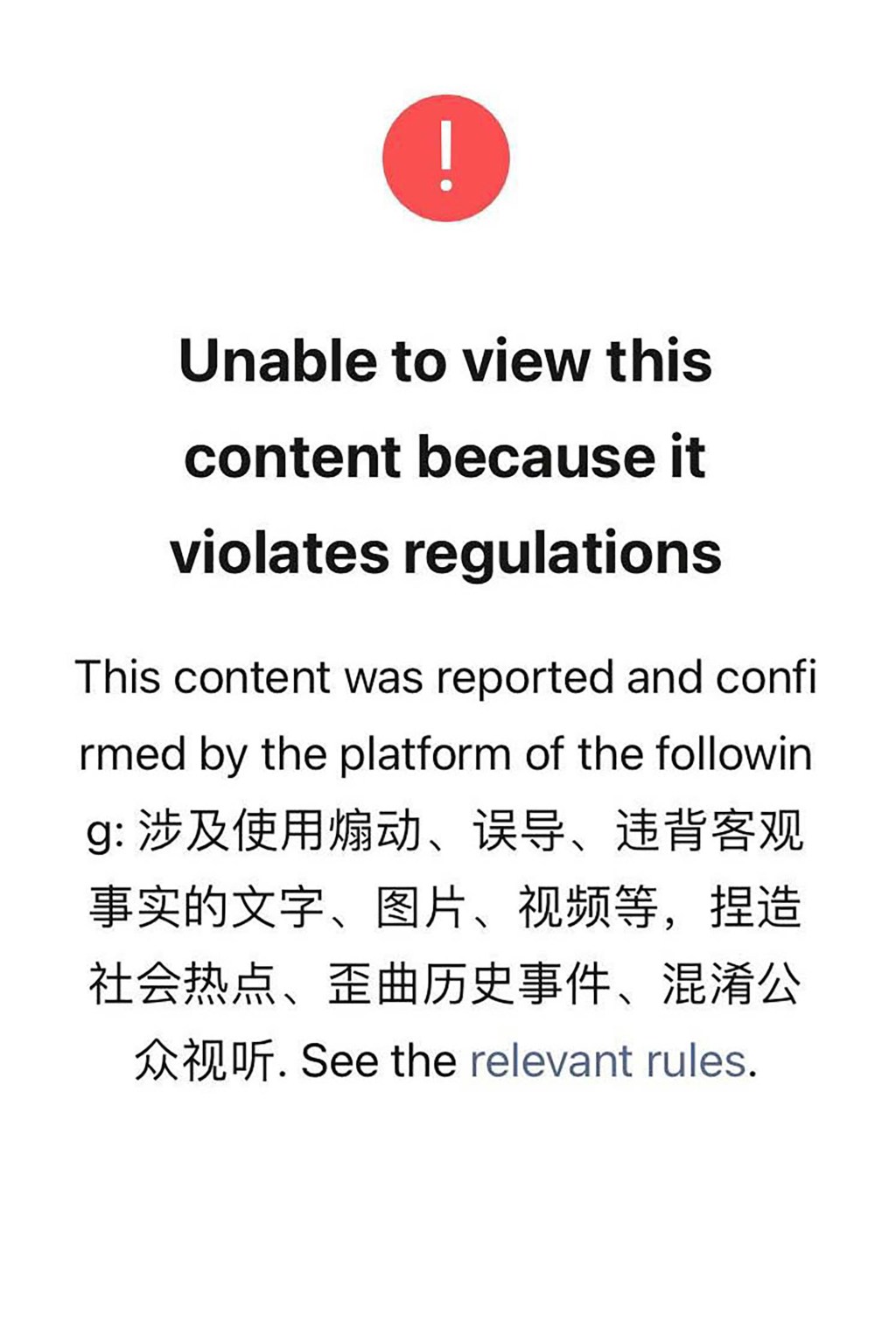 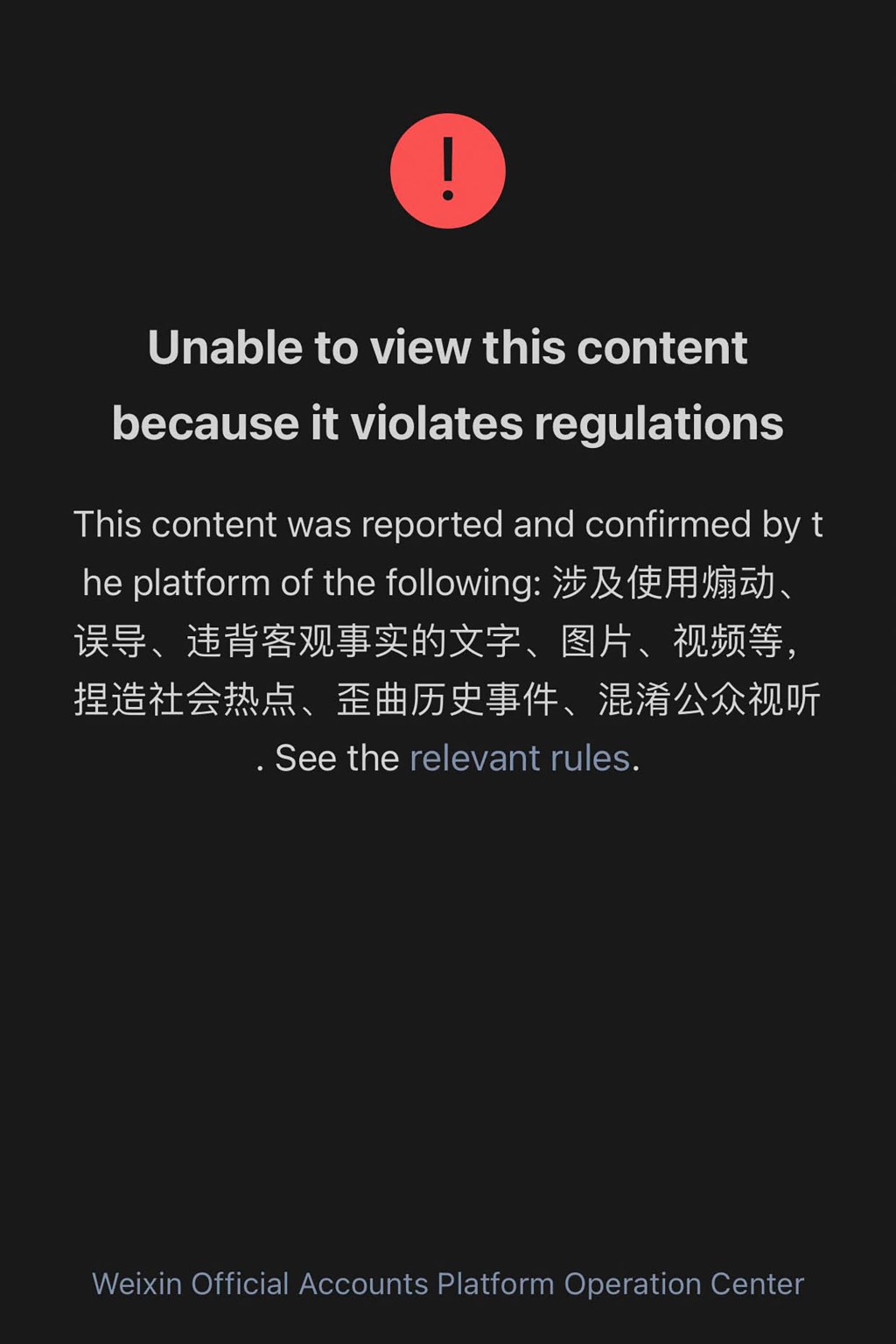 On Monday, Morrison demanded an apology for the image, which he called “truly repugnant,” but China refused.

“The accusations made are simply to serve two purposes. One is to deflect public attention from the horrible atrocities by certain Australian soldiers,” the Chinese embassy in Australia said.

“The other is to blame China for the worsening of bilateral ties. There may be another attempt to stoke domestic nationalism,” it added.

Other nations — including the United States, New Zealand and France, as well as the self-ruled island of Taiwan, which China claims as its own — have expressed concern at the use of the faked image on an official Chinese Twitter account.

“The CCP’s latest attack on Australia is another example of its unchecked use of disinformation and coercive diplomacy. Its hypocrisy is obvious to all,” the US State Department said Wednesday, referring to the Chinese Communist Party.

Jake Sullivan, tapped as national security adviser in the incoming administration of President-elect Joe Biden, expressed his support for Australia.

“America will stand shoulder to shoulder with our ally Australia and rally fellow democracies to advance our shared security, prosperity, and values,” he wrote in a tweet without referring to China by name.

The saga arose from a shocking report by Australian defense force chief Gen. Angus Campbell that elite troops unlawfully killed 39 Afghan prisoners, farmers and civilians during the conflict in Afghanistan.

The war crime report recommended that 19 soldiers be referred to federal police for criminal investigation.