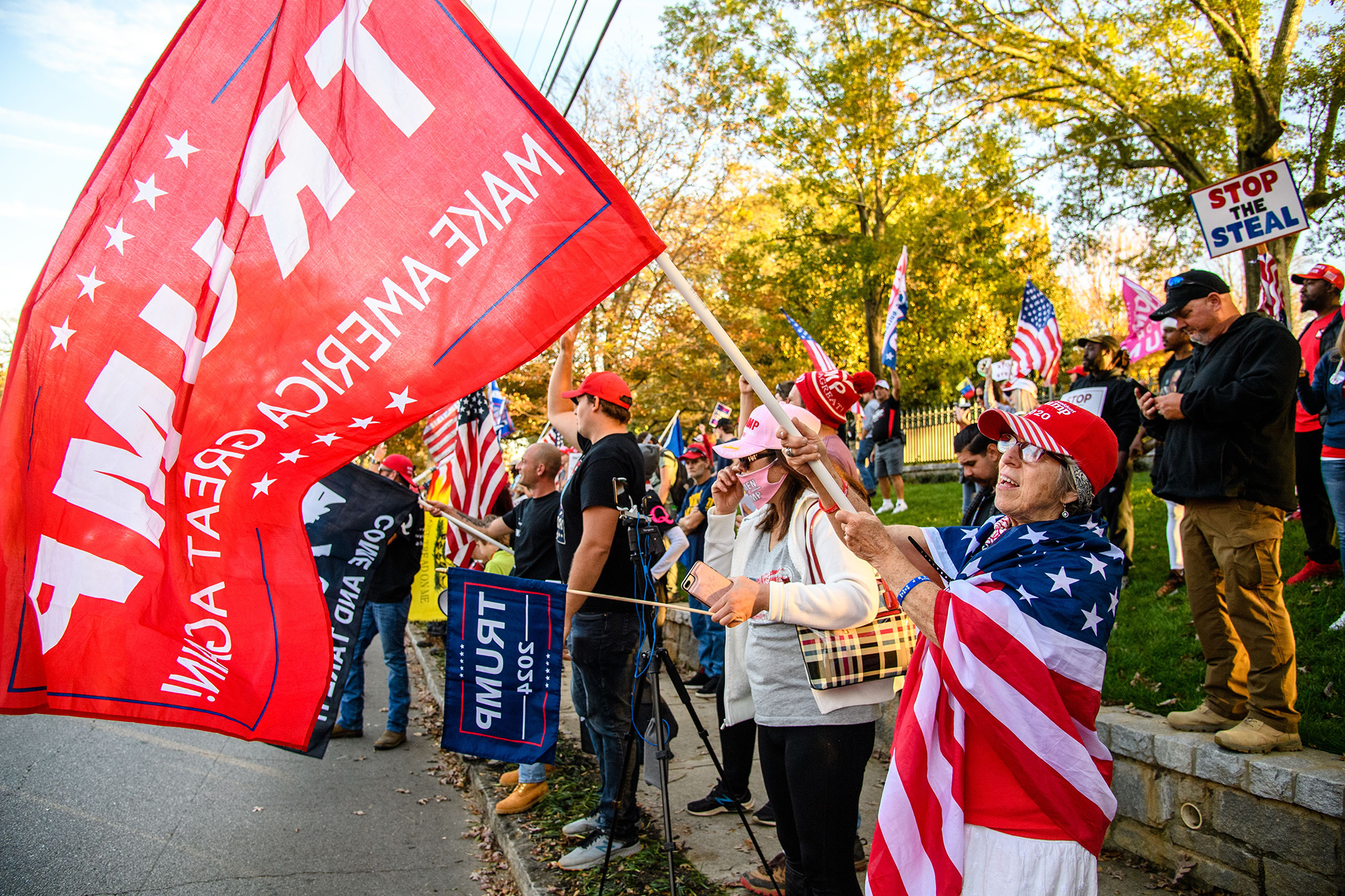 President Trump’s supporters called for a recount of the election over the weekend outside the Georgia Capitol building — where they were met by scores of counterprotesters.

Hundreds of pro-Trump demonstrators gathered Saturday at the capitol building in Atlanta for a “Stop the Steal” rally in response to Georgia officials certifying President-elect Joe Biden’s win in the state, news station 11Alive reported.

“Stop the session!” crowds could be heard chanting in video posted to Twitter.

The demonstration was held across from anti-Trump protesters who had shown up for a “Refuse Fascism” march, the outlet reported.

No arrests had been reported as of Saturday afternoon, 11Alive reported.

Biden was determined to have won by a margin of 12,670 votes Friday after a hand recount in the state.