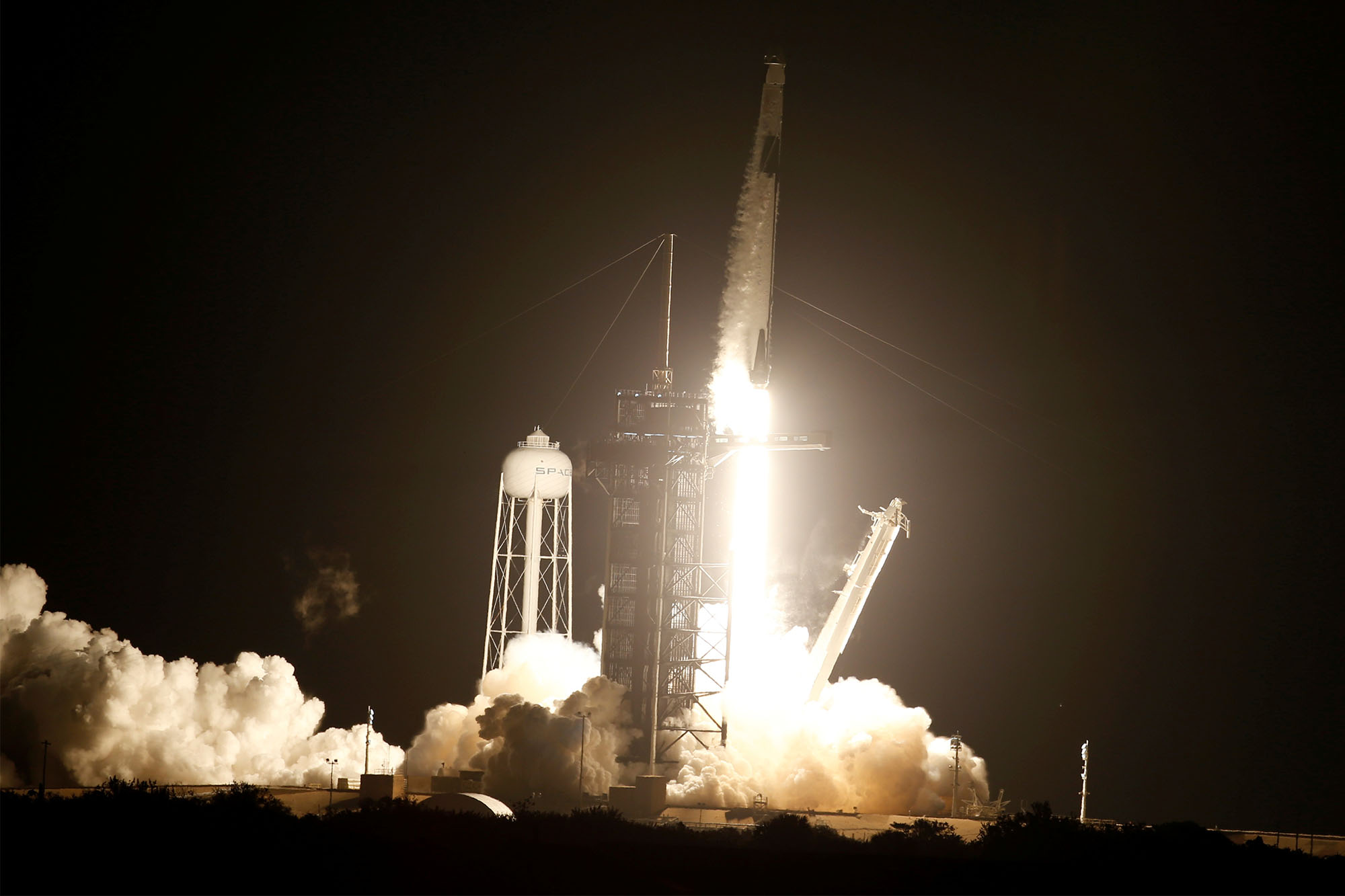 Four NASA astronauts were launched into orbit aboard a SpaceX rocket on Sunday evening — their sights set on the International Space Station.

The team lifted off from the Kennedy Space Center in Cape Canaveral, Florida at 7:27 p.m. in a Crew Dragon capsule made by Elon Musk’s company.

It’ll take them about 27 hours to get to the space station, meaning they’ll dock there at around 11 p.m. on Monday.

The historic joint spaceflight between NASA and SpaceX marked only the second time in nearly a decade that astronauts rocketed to orbit from American soil.

The mission, dubbed “Crew-1,” is the culmination of a NASA program that has sought to send astronauts to the space station using vessels and equipment developed by private companies.

“Game day!” tweeted NASA astronaut and crew commander Mike Hopkins, before gearing up in a smart white suit with black trim at the Kennedy Space Center in Cape Canaveral, Florida.

The team on Sunday’s flight includes two other Americans, physicist Shannon Walker and Navy Cmdr. Victor Glover, as well as Japanese astronaut Soichi Noguchi — who will all spend five to six months aboard the space station.

Before heading to the launch pads in a Tesla Model X, the astronauts swapped high-five and embraces with their children and spouses huddled at the car’s open window.

The families had quarantined with the crew in recent weeks, allowing the up-close goodbye amid the coronavirus.

The team named their capsule “Resilience” — a nod to all the challenges 2020 has brought, most notably the pandemic.

Musk, the SpaceX and Tesla founder, said on the eve of the launch that he “most likely” has a moderate case of COVID-19, and he was replaced in his official duties on Sunday by SpaceX President Gwynne Shotwell.

Since the end of NASA’s space shuttle program in 2011, the US has relied on Russian spacecraft to rocket American astronauts into space.

The space agency may now be able to save millions by no longer needing to buy seats on Russian Soyuz capsules.