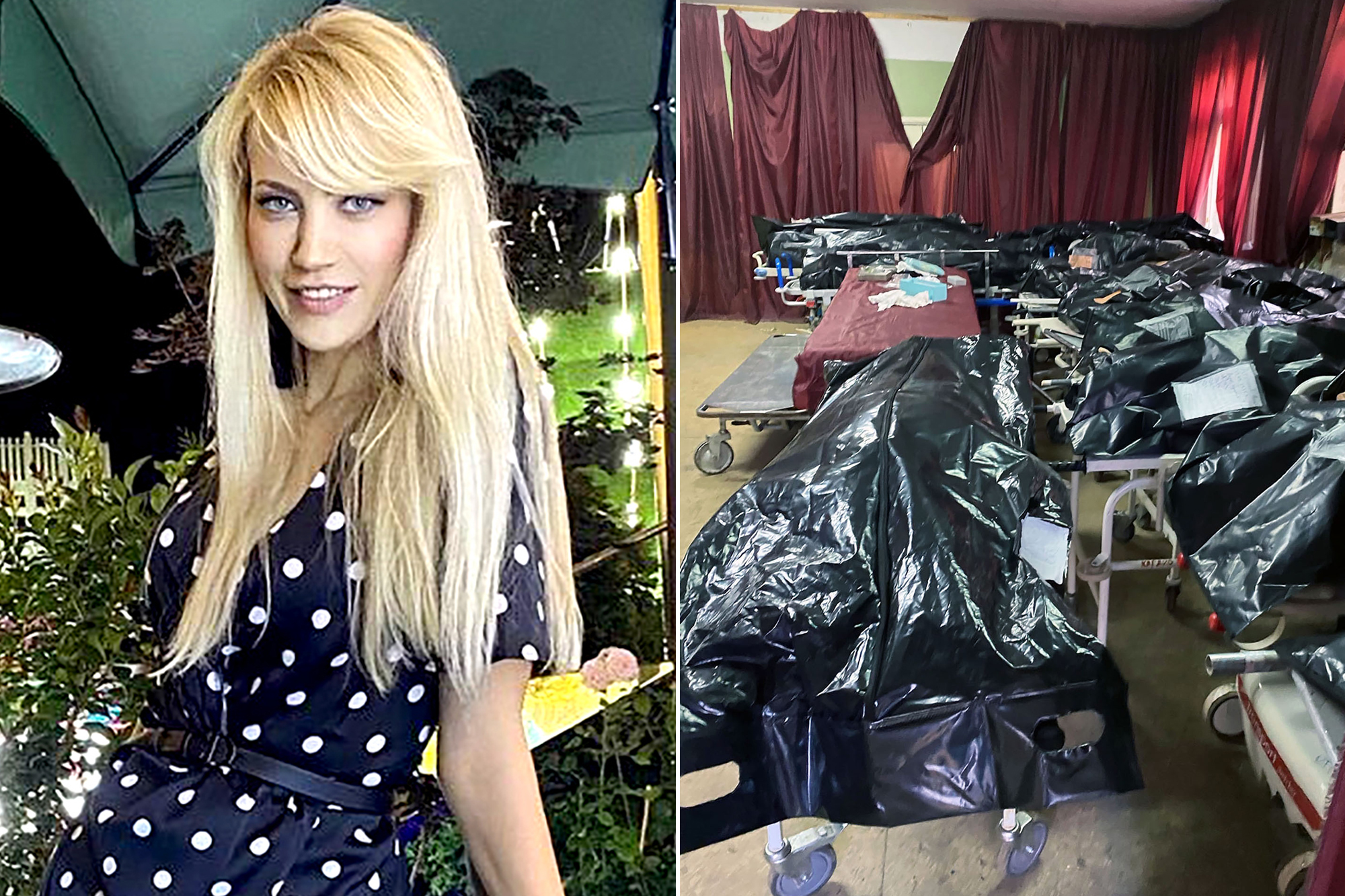 A former Russian beauty queen captured the ugliness inside a morgue packed with the corpses of COVID-19 victims when she collected the body of her father, a doctor who also died of the disease, according to a report.

Olga Kagarlitskaya, 37, who was Miss Samara in 2005, went to the morgue in the city of Samara, where workers tried to prevent her from seeing how many bodies in black bags were strewn about the facility, East2West News reported.

Undeterred, she decided to show the scale of the pandemic by recording the disturbing scene on video.

“Our official statistics are seven dead in Samara (from coronavirus),” she says in the footage, according to the news outlet. “Here we see far more than seven.”

Kagarlitskaya claimed that morgue workers later fessed up that there were more than 50 bodies of coronavirus victims there during her visit, the outlet reported.

“He fell ill at work, performing his duties,” she said about her dad, adding that the military doctor was forced to wait for two days for an ambulance to carry him to the hospital where he had worked for 23 years.

He died more than two weeks after being hooked up to a ventilator, said Kagarlitskaya, who complained that officials are trying to deny that the deaths of health-care workers were due to the bug in efforts to avoid making compensation payments.

She claimed that morgue workers told her that death certificates of health workers also have been falsified.

“A morgue employee told me that I cannot expect reliable and independent research (into the cause of death) as they focus on a call from above, on a conversation with the ministry, with Moscow, Kagarlitskaya said.

“All this is done so as not to pay compensation to the families of medical workers who died performing their duties,” she added.

The former beauty queen’s allegations of a cover-up are echoed by Alexey Raksha, 42, a former demographic forecaster at Russia’s Federal Statistics Service who recently quit after accusing officials of manipulating COVID-19 data.

On Sunday, Russia announced a daily toll of 352 deaths, but Raksha believes the actual daily death toll is between 2,400 and 2,800 – and accused authorities of “twisting” statistics to show that “things are better here than anywhere else.”