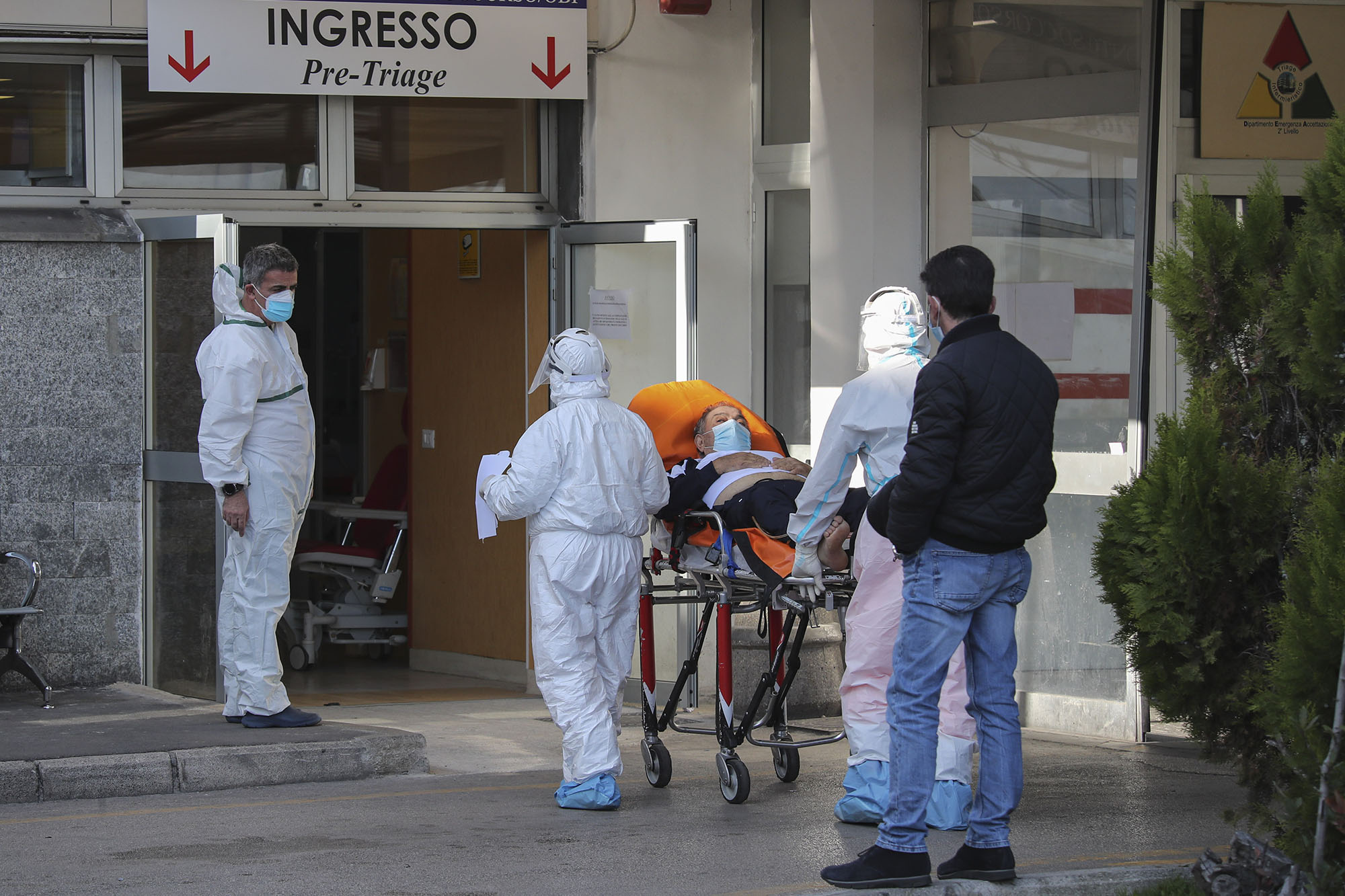 A horrific video that captured the body of an Italian man lying dead on a toilet floor in a packed ER of a Naples coronavirus hospital has sent shockwaves across the country, according to reports.

The COVID-19 patient is seen slumped over the toilet in the shocking footage captured by a patient who slipped inside while staffers were looking for a stretcher, Cardarelli Hospital sources told Italy’s ANSA news agency.

In the video, Rosario Lamonica walks around the overflowing, squalid ER in shock, saying, “This man is dead, this is Cardarelli Hospital. Here we are, the emergency department,” The Sun reported.

He also points his camera at another patient and says, “This woman in her own (urine) and excrement, we don’t know if she’s dead or alive. The woman over there, we know nothing.”

Lamonica, 30, who tested positive for the coronavirus, told ANSA: “When I asked for help, nobody listened to me, there were also those who told me, ‘Mind your own business.’”

Foreign Minister Luigi Di Maio called the video “shocking” and described the coronavirus crisis in Italy’s third-largest city as “out of control.”

Health officials said they were investigating the man’s death, but Di Maio said this was just the latest alarming incident he had heard about from his native Campania region, according to Reuters.

“The central government needs to intervene because there is no time left,” he said. “Now we must intervene immediately and we must do so above all in the South, which risks imploding.”

Di Maio added: “I believe our government must not waste time and must respond, as it has always done”

The hospital’s general manager, Giuseppe Longo, reacted to the video by saying it was “deplorable that such events are the subject of exploitation aimed at constructing terrible and dangerous suggestions in public opinion,” according to ANSA.

On Wednesday, doctors in Naples said the situation at city hospitals was “on the verge of collapse,” like many others across Italy.

Officials said Campania reflected a wider health catastrophe unfolding across much of Italy’s South, which emerged mostly unscathed during the first coronavirus wave, which mainly battered the North.

The number of cases in Italy has passed the one million mark — with half those infections emerging in just the last 19 days. The number of deaths totals 42,953, the sixth-highest tally in the world, Reuters reported.

In Naples, patients have been administered oxygen and placed on drips through their car windows as they await test results or to be admitted to hospitals.

Farther south, in Sicily, the mayor of Palermo has warned that his region faced an “inevitable massacre” as infections rose there.

“The North has always had a well-equipped health system spread out across the territory. The situation there might not be optimal, but the South by comparison is a wasteland,” doctors’ union head Carlo Palermo told Reuters.