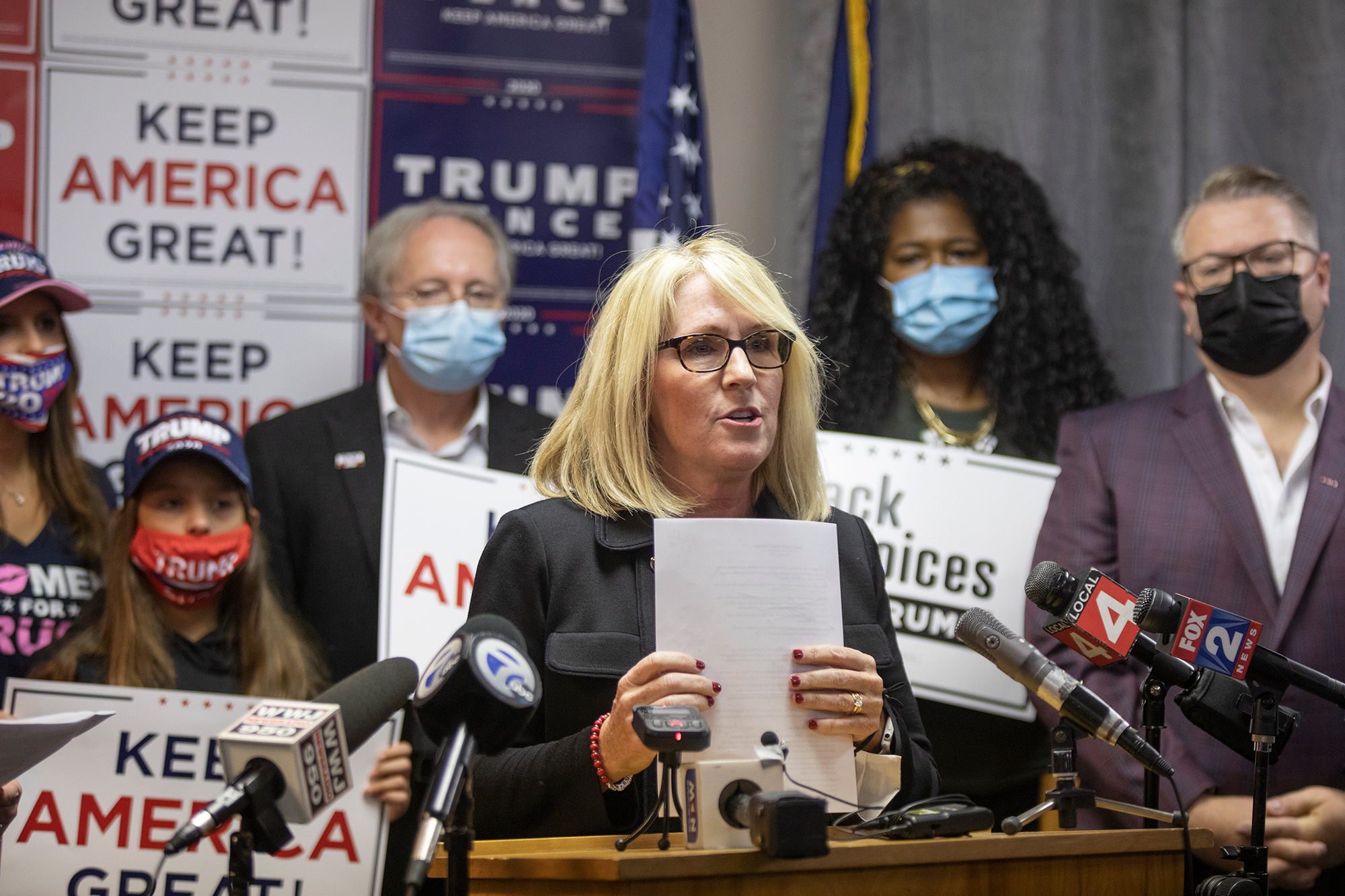 President Trump’s supporters are pointing to a small Michigan county as evidence that vote-counting software used in the state may undercut Trump’s number of votes — as the Trump campaign fends off the appearance of inevitable defeat.

Trump trails Democrat Joe Biden by 146,123 votes in Michigan’s unofficial results, but Republicans point out that in northern Antrim County, thousands of votes were counted in error for Biden, and for Democratic Sen. Gary Peters instead of Republican candidate John James.

The state was called as a win for Biden who is ahead by more than 147,000 votes with 98 percent of the votes counted.

Michigan GOP Chairwoman Laura Cox said at a Friday press conference that “in Antrim County, ballots were counted for Democrats that were meant for Republicans, causing a 6,000 vote swing against our candidates. The county clerk came forward and said, ‘tabulating software glitched and caused a miscalculation of the votes.’”

Cox said that “since then, we have now discovered that 47 counties used this same software in the same capacity,” or more than half of Michigan’s 83 counties. She urged those counties to “closely examine their results for similar discrepancies.” Trump’s campaign circulated her remarks on Twitter.

The Detroit Free Press reports that Antrim County uses Dominion Voting Systems equipment. Results are stored on computer cards at precincts, then uploaded to another computer by county election officials.

Antrim County Clerk Sheryl Guy, a Republican, told the Free Press that it’s unclear if human error or a glitch caused the error, which was discovered because a Democratic wins were incongruous with the county’s conservative leanings. A manual review confirmed the error.

University of Michigan computer science professor J. Alex Halderman, a voting machine expert, told the Free Press that “it’s plausibly human error, but if a simple screw-up could cause these problems, that sounds like a technical design flaw.”

“It’s natural to wonder whether similar problems could have occurred in other jurisdictions that use the same machine. Fortunately, even if the county hadn’t noticed, this would have been caught and corrected during Michigan’s normal canvassing procedures, when they compare the results to the paper tapes from the machines,” he added.

A Michigan judge on Thursday tossed out a lawsuit from the Trump campaign to halt the counting of ballots in the Wolverine State, ruling that the vote count had already ended — in Biden’s favor.

Trump won Michigan by just 10,704 votes in 2016 against Hillary Clinton, and Biden boasted of his apparently wider lead in Wednesday remarks, when the state’s race was still tighter.

“In Michigan, we lead by over 35,000 votes, and it is growing, a substantially bigger margin that President Trump won Michigan in 2016,” Biden said.

Trump’s path to a second term appeared bleak Friday, with unofficial vote counts in Arizona, Georgia, Nevada and Pennsylvania tilting toward Biden. If those results hold, Biden will become president-elect.