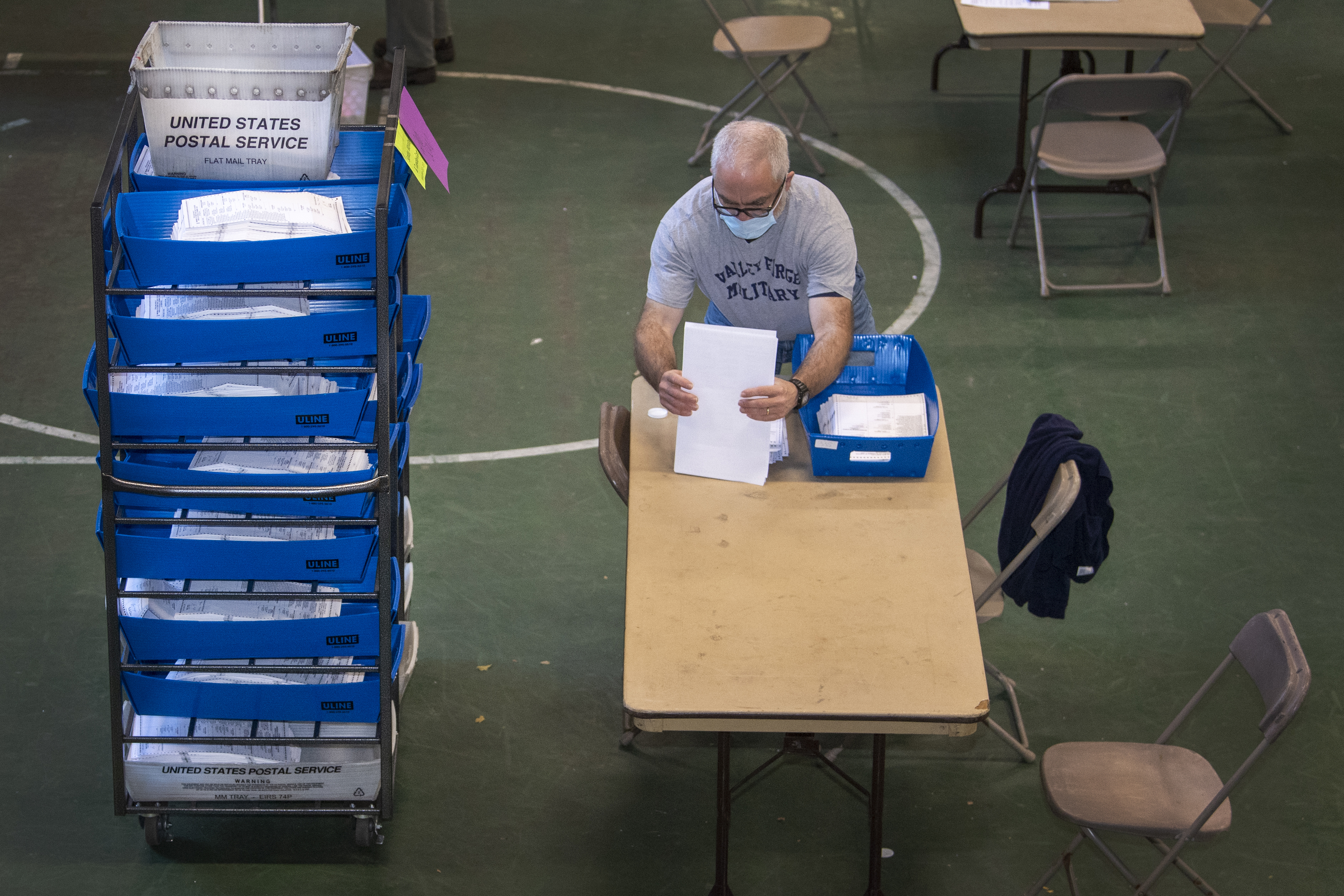 Joe Biden cut President Trump’s lead in Pennsylvania to under 20,000 votes early Friday morning — climbing back after being down more than 600,000 votes in the crucial swing state.

The Democratic candidate now trails Trump by just 18,229 votes, with tens of thousands of ballots still left to count, according to numbers recorded by NBC News. Biden has been winning the late ballots by a wide margin and was expected to take a lead.

Biden’s vote percentage in the state has rallied more than two days after polls in the Keystone State closed on Tuesday evening, shooting up because of mail-in ballots that have heavily favored the former vice president.

If Biden overtakes Trump and keeps his advantage in the state, he’ll secure his presidential election with a total electoral vote count of at least 273.

Biden is leading in other swing states that have yet to be called by major news organizations, including in Arizona and Nevada. Both Fox News and The Associated Press have called Arizona for the former vice president, but the Trump campaign maintains he could still eke out a victory in the southwestern state.

If Biden wins Pennsylvania, he’ll have successfully flipped the so-call “blue wall” states — Wisconsin, Michigan and Pennsylvania — that Trump carried in his upset victory over Hillary Clinton in 2016.

Biden, a Pennsylvania native, focused his campaign on the state and his hometown of Scranton.

On Election Day, Biden visited his childhood home in the former coal industry city and autographed a wall in the home before heading to his campaign headquarters in Delaware.

“From this house to the White House by the grace of God,” Biden wrote, according to a photo of the signature.

If Trump does not win the Keystone State, he’ll have no path to re-election.