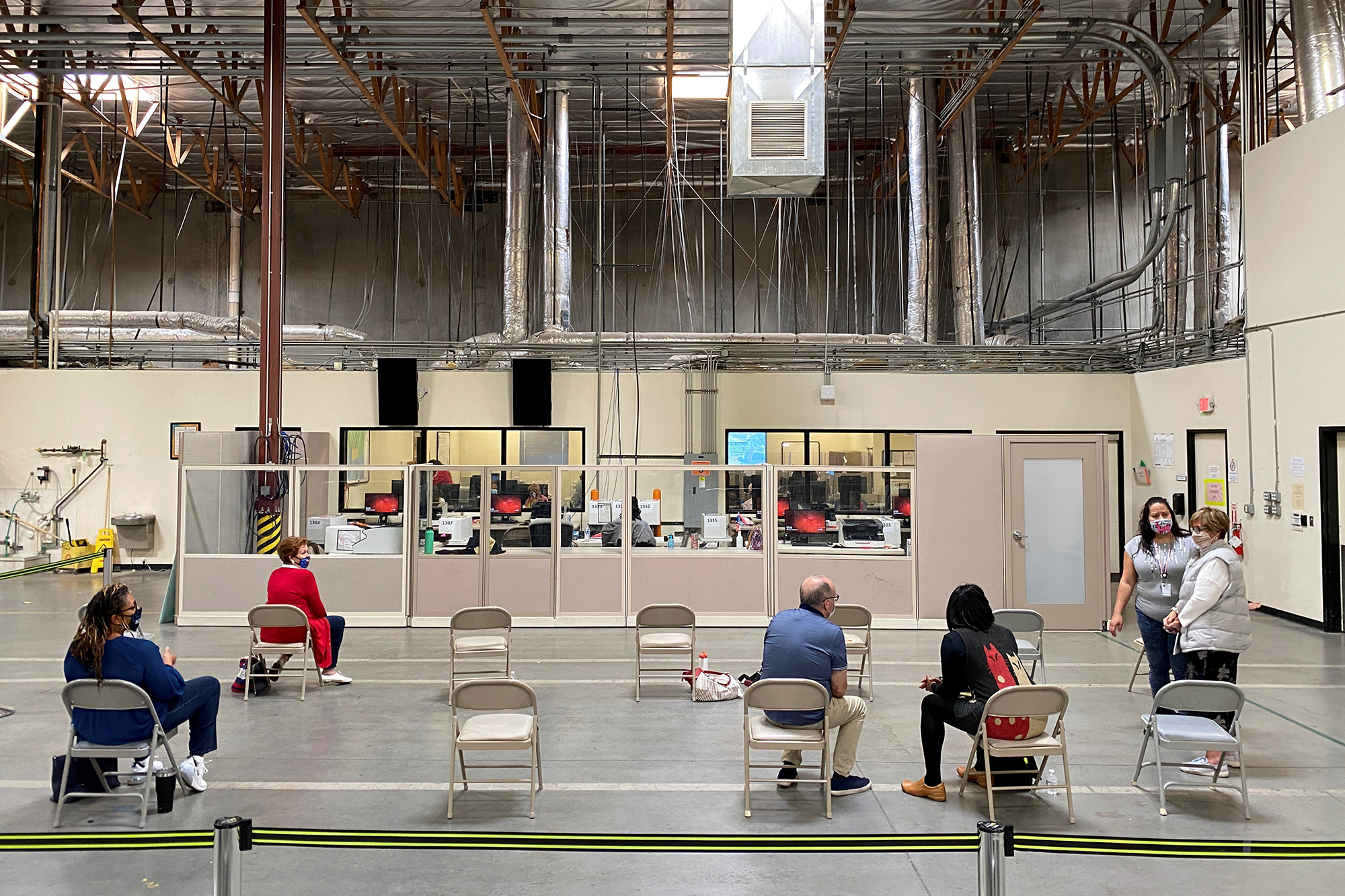 The Nevada county that includes Las Vegas won’t have its full vote count done by late next week, a local official said Thursday, while admitting safety concerns for his staff as the election hangs in the balance.

Joe Gloria, the registrar of voters for Clark County, Nev., said in an afternoon briefing that election officials are in receipt of some 63,262 uncounted ballots, of which about 51,000 will be tabulated by Friday morning.

As of 1:30 p.m. Thursday, 76 percent of votes had been tallied across the Silver State, with Democratic challenger Joe Biden leading President Trump by 11,438 votes.

But where Biden currently leads Trump by less than 1 percentage point statewide, his margin to this point in Clark County sits just below 8 percentage points — a trend that, if it were to hold, could deliver Biden the state and the presidency.

Assuming that Biden maintains his lead in Arizona — which Fox News and the Associated Press have called for the Democrat, as other outlets have reserved judgment — a Nevada win would give him exactly the 270 electoral votes needed to clinch the presidency, regardless of the result in other outstanding states like Pennsylvania and Georgia.

The outstanding ballots are also mail-in ballots, which tend to skew largely Democrat.

Gloria cautioned, however, that those 63,262 ballots may not be fully counted until Sunday — and that other legal ballots are still trickling in and will be tabulated through Nov. 12.

But as the country waits with bated breath, Gloria vowed a meticulous, accurate count.

“We’re not concerned with reading as fast as we can,” he said. “We’re concerned with making sure that we’re accurate in what we report, because this is a very important election in the State of Nevada, and may make the decision for the president. So we take that very seriously.”

He also said that he had not witnessed anything resembling election fraud in Nevada, despite a lawsuit filed Thursday by the Trump campaign claiming just that.

“We are not aware of any improper ballots that are being processed,” he said.

With the eyes of the country on Nevada, Gloria said that while he had no personal fears, he was worried for his staff.

“I can tell you that my wife and my mother are very concerned for me. But I have security here. We have law-enforcement who are protecting us,” he said. “I am concerned for the safety of my staff.”

Gloria added that extra safety precautions are being put into place.

“We’re going to begin to monitor vehicles as they come in to make sure that they should be here and that they’re parking properly so that we don’t prevent our employees from having an issue [sic] getting in and out of the facility,” he said. “But I feel safe. We’re gonna be OK. We’re gonna continue to count.

“We will not allow anyone to stop us from doing what our duty is, in counting ballots.”