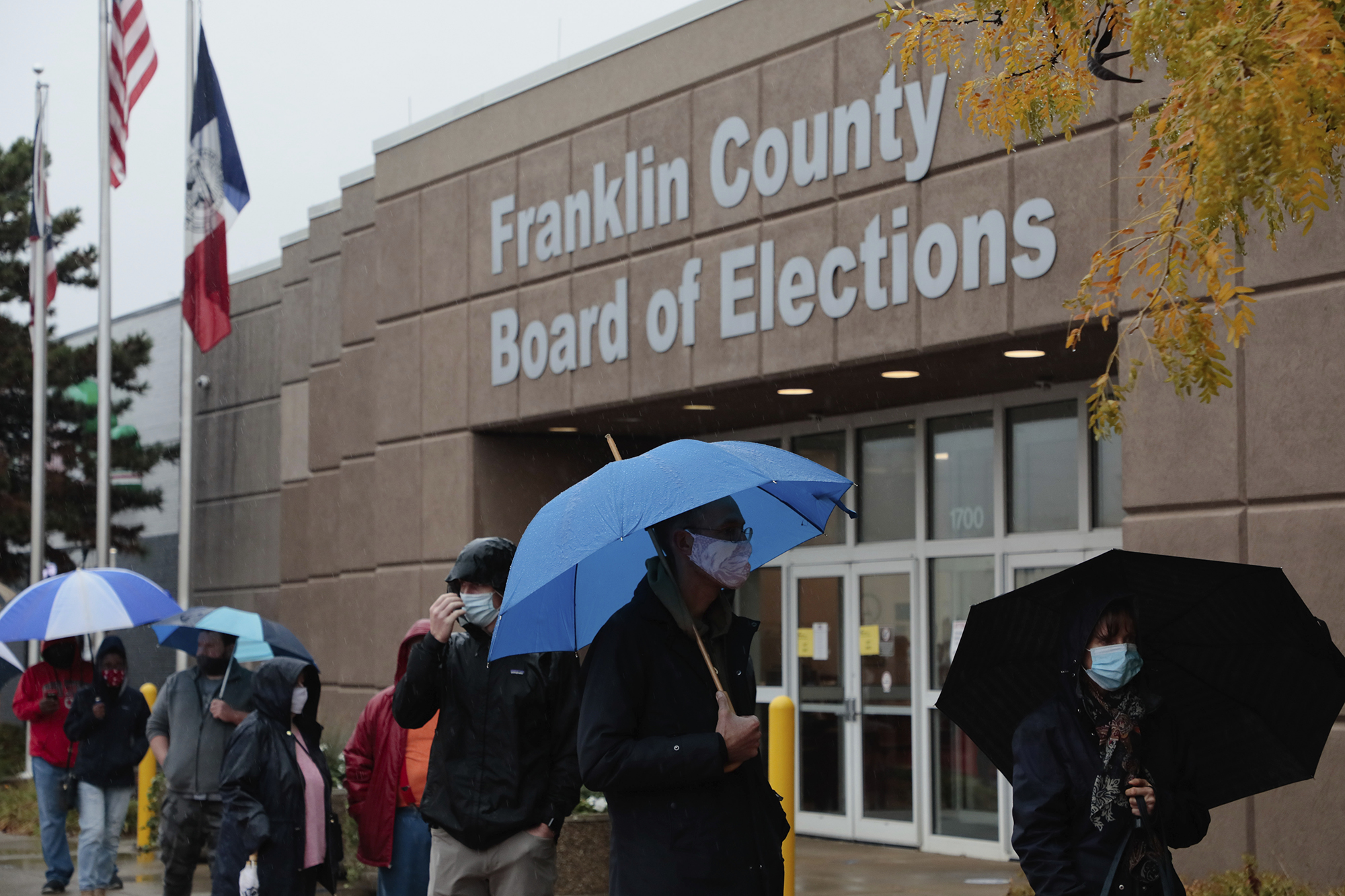 Officials warned residents to brace for long lines and wait times early on election morning when polling workers began using the old-fashioned method to check in voters after learning that their electronic check-in system was not fully updated with new data.

“It’s important to note that this does NOT impact voting machines in any way and only modifies how voters are checked in,” a spokesperson for La Rose said on Twitter. ,

The Secretary of State indicated that Franklin County Board of Elections was not able to upload all early in-person voting data into its electronic check-in system by election morning, but said poll workers are trained to use paper poll books to serve as a backup at every polling site.

“Secretary LaRose directed every board of elections to have paper poll books as a contingency plan to ensure the integrity of the system and so no voter may vote twice. It will not impact the security or accuracy of today’s vote,” La Rose said.

Voters will also have to deal with mounting health and logistical concerns due to the coronavirus pandemic, as new cases surged across the country.

Ohio is a crucial swing state this election season: President Trump clinched victory and flipped the state from blue to red in 2016, after Democratic nominee Joe Biden’s then-running mate, former President Barack Obama, narrowly carried the state in both 2008 and 2012. Recent polls indicated Biden was up over Trump by a narrow margin and the former vice president made a last-minute visit to the state on Monday night. Both candidates are hoping to secure Ohio’s 18 electoral votes to carve out a path to the White House.