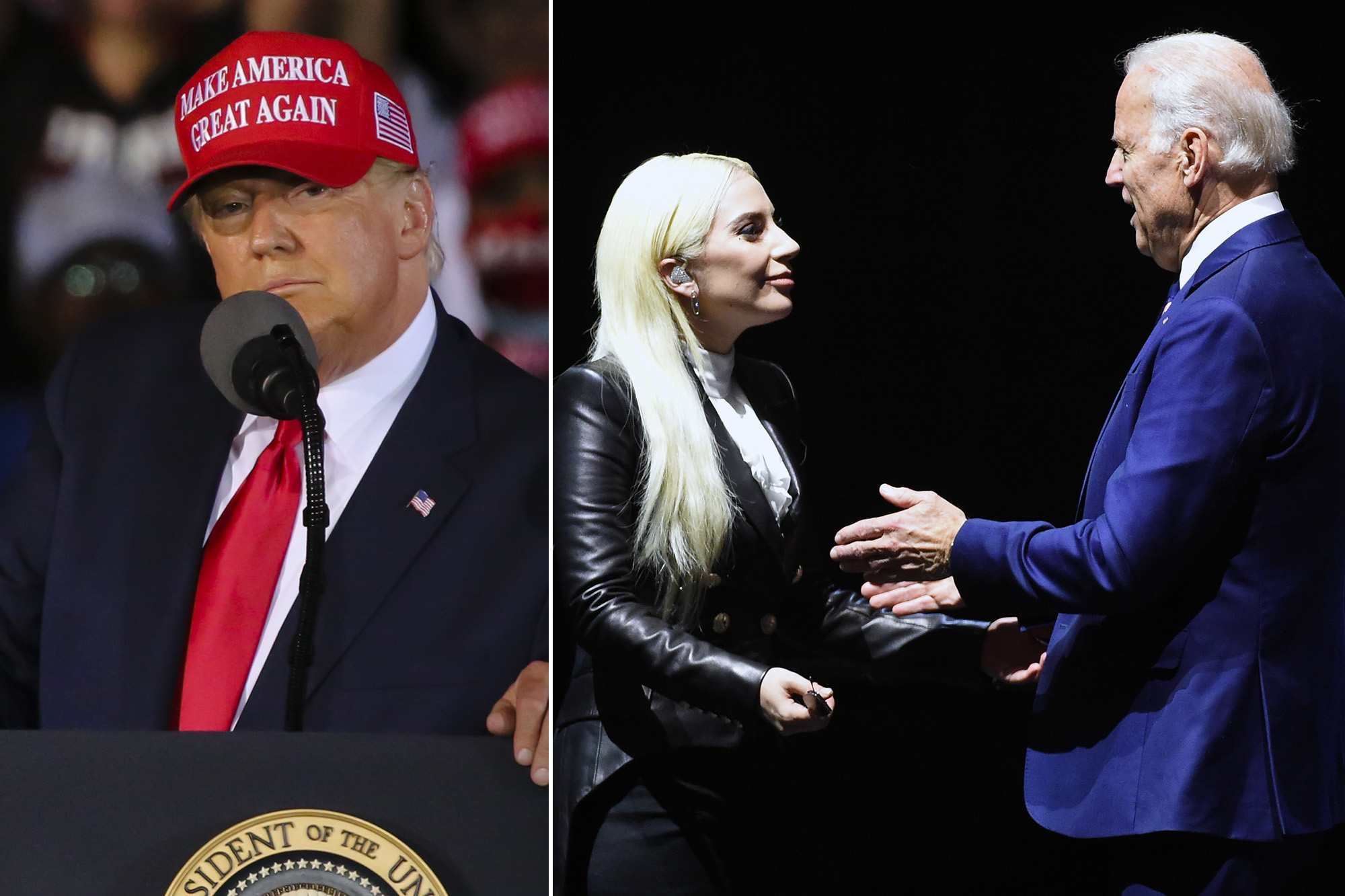 President Trump slammed Joe Biden for wanting to ban fracking after the former vice president said he would appear at a Pittsburgh campaign rally with anti-fracking activist Lady Gaga.

“Just learned that Sleepy Joe Biden is campaigning in Pennsylvania with Lady Gaga, a proud member of ‘Artists Against Fracking.’ This is more proof that he would ban Fracking and skyrocket your energy prices,” the president said in a tweet early Monday morning.

Trump also recalled his remarks to Biden during last month’s debate in Nashville.

“As I said at the debate – ‘Will you remember that Texas? Pennsylvania? Ohio? New Mexico?’ I will always protect American Energy and American Jobs! Get out and VOTE #MAGA!,” Trump wrote in a second post.

During the debate, Biden was asked about his stand on climate change when he said he “would transition from the oil industry.”

“It has to be replaced by renewable energy over time, over time. I’d stop giving them federal subsidies,” Biden explained.

The Trump campaign also took a shot at Gaga on Sunday night about her stand on fracking.

“Nothing exposes Joe Biden’s disdain for the forgotten working men and women of Pennsylvania like campaigning with anti-fracking activist Lady Gaga,” campaign communications director Tim Murtaugh said in a statement.

The “Born This Way” singer shot back.

“HEY TIM HEY @realDonaldTrump SO HAPPY IM GLAD TO BE LIVING RENT FREE in your HEAD. #BidenHarris,” Gaga said in a post.

Along with the campaign stop in Pittsburgh, Biden will also travel to Cleveland.

Trump plans a full day of campaigning on the eve of Election Day – hitting North Carolina, Pennsylvania, Michigan and Wisconsin.