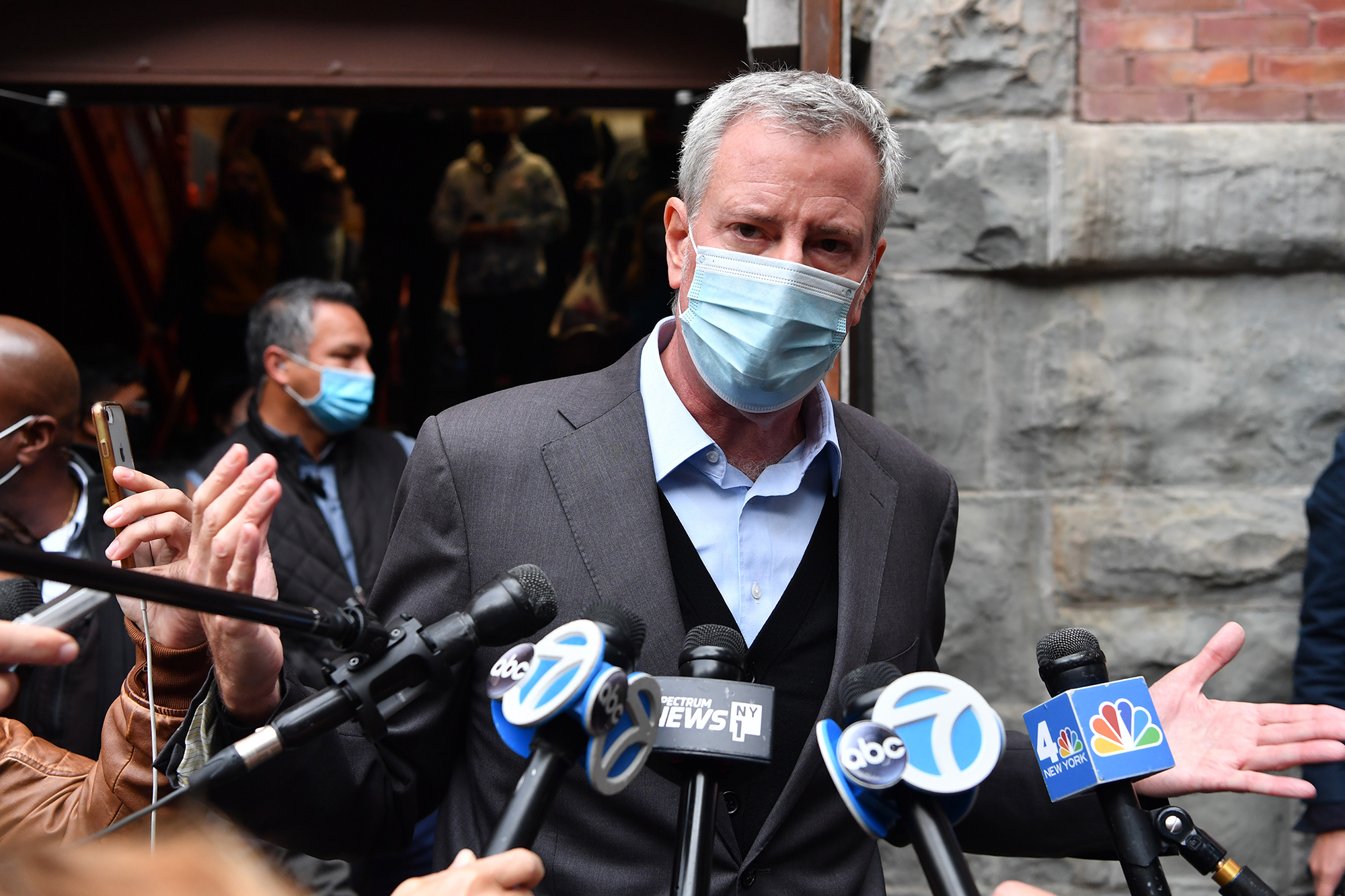 De Blasio has not endorsed Rose.

But the liberal mayor did say he generally “supports” Democrats when asked about the Rose-Malliotakis race in the 11th congressional district on NY1 last month.

Asked if he had made an endorsement in the race, de Blasio said, “I have not. You know, I support Democrats though.”

Malliotakis and her allies have pounced on de Blasio’s statement to claim he backs Rose’s re-election.

De Blasio is unpopular in the 11th CD that encompasses Staten Island and portions of southern Brooklyn. Malliotakis, who was the GOP candidate for mayor in 2017, captured 70 percent of the vote on the island even though de Blasio easily won re-election citywide.

Rose actually produced a web ad calling de Blasio the worst mayor ever, and  accused Malliotakis and the GOP of a smear by trying to tie him to Hizzoner.

“It’s a series of distractions. If the Mayor even tried to endorse me, I’d put the endorsement in the middle of the street, I’d get in a truck, and I’d drive over the endorsement,” Rose said in a NY1 interview, which he tweeted.

“And then I’d get in reverse and drive over it again to make sure that endorsement did not survive.”

The Malliotakis campaign text message claimed de Blasio “endorsed” Rose because the congressman “joined” the mayor to “defund” the police and end cash bail for many criminal defendants — both of which are not true. The campaign hand-out said “liberal” Rose “was endorsed” by de Blasio and urged constituents to vote “no” on Rose and de Blasio’s agenda.

Rose opposes defunding the police. But Ryan noted the congressman participated in a Black Lives Matter/anti-police brutality protest on Staten Island –following outrage over the death of George Floyd in Minneapolis — where some marchers held up signs calling for cutting funding to the NYPD.

“I know one thing for sure — Bill de Blasio is not endorsing Nicole Malliotakis.”

Both campaigns and their Super PAC allies have bludgeoned each other with millions of dollars in attack ads. Rose has called Malliotakis a “fraud” and the assemblywoman has referred to the congressman as a “radical liberal” clone of de Blasio.

A recent NBC 4 New York/Marist College poll found that the race is a virtual dead heat.