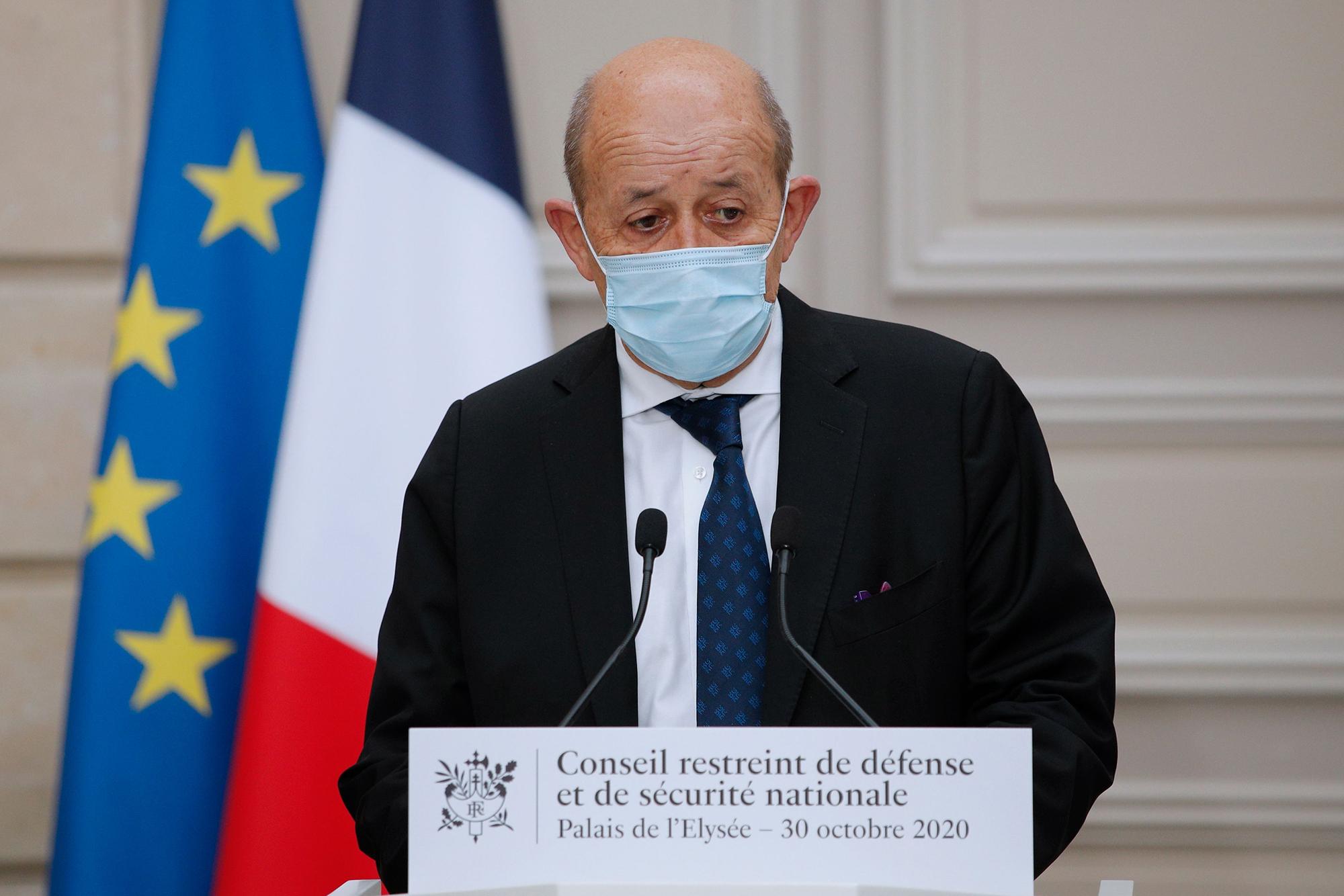 France deployed thousands of soldiers across the country and to its diplomatic posts abroad after a suspected Islamist terrorist killed three people at a Nice church Thursday — while massive anti-French protests broke out in several Muslim countries.

Le Drian said French schools abroad have been reopened — but only after security at the facilities was increased, according to the outlet.

The country is on its highest level of alert after Thursday’s murders and the beheading of a teacher outside Paris earlier this month, in which the educator was killed for showing his students a controversial cartoon involving the Prophet Mohammed.

“Instructions were given to our ambassadors to strengthen the security measures at our diplomatic posts or identifiable French locations like the French Alliance posts, and we’ve decided to only reopen French schools after putting in place heightened security measures,” the foreign minister said.

French authorities had warned about the threat of terrorism in the country after the satirical magazine Charlie Hebdo republished controversial cartoons depicting the Prophet Muhammed in early September.

On Friday, anti-France protests formed in Muslim countries across the globe in response to the cartoons.

Protests in Pakistan’s capital of Islamabad descended into chaos as thousands of protesters marched toward the French embassy, Al Jazeera reported.

Police at the building fired tear gas and beat protesters with batons to keep them away from the compound, according to the report.

The demonstrators also hanged an effigy of French President Emmanuel Macron and beat the dummy with their shoes, the news outlet reported.

Protesters also took to the streets in Lebanon and in Jerusalem to condemn the cartoons.