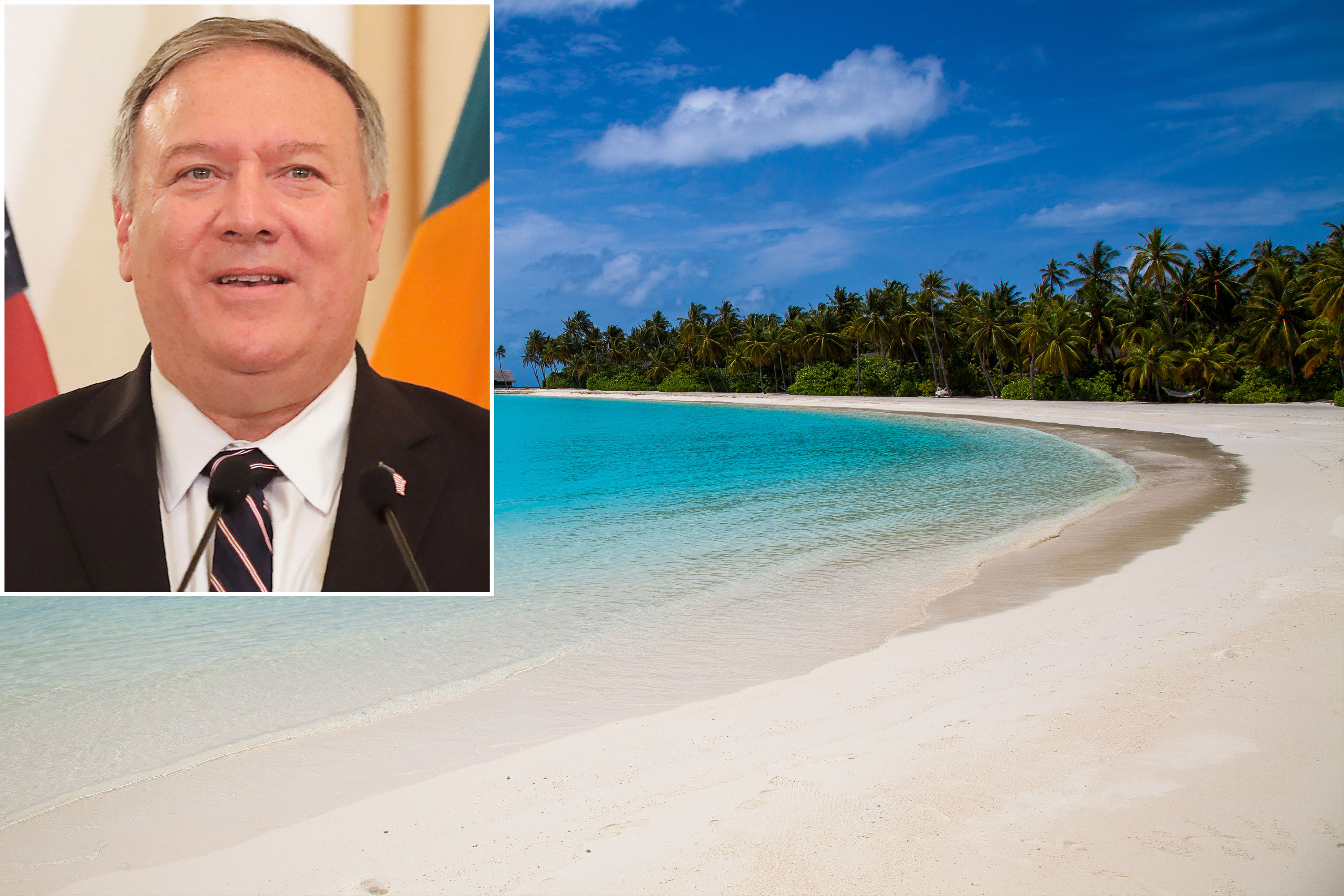 Secretary of State Mike Pompeo said the US will open an embassy in the Maldives as America’s top diplomat was on a five-day swing through Asia in an effort to shore up support to counter China’s expanding role in the region.

Pompeo pointed out in a news conference on Wednesday with Maldives Foreign Minister Abdulla Shahid that he’s the first secretary of state to visit the nation of islands since 2004 and sees opportunity for the two countries to work together.

“As proof, today I’m announcing a historic development in our decades-old partnership. For the first time, the United States intends to open an embassy here in Maldives with a resident U.S. ambassador,” Pompeo said, according to the State Department.

“Getting this facility opened won’t happen overnight, but it’s worth it. …. Your role here in the Indo-Pacific and in the international community is increasingly important, and my country wants to remain a good partner to a sovereign, democratic, and prosperous Maldives. Having an embassy here will help us do just that,” Pompeo continued.

The State Department said Pompeo’s visit to India, Sri Lanka, the Maldives, Indonesia and Vietnam was intended to bolster relations and to address the security issues China poses in the region.

“Conversations about security in the Maldives and other island nations I’ve been to, like Micronesia and Sri Lanka, have taken on new importance as the Chinese Communist Party continues its lawless and threatening behavior,” the secretary of state said during his visit to  Malé, the Maldives capital.

“We see that behavior in the PLA’s illegal militarization of the South China Sea. We see it in encroachments into its neighbors’ economic zones. And we see it when Chinese state-owned companies trash the environment,” Pompeo said.

The Maldives, which gained its independence from Britain in 1965, has enjoyed friendly relations with the US but has also been the object of China’s influence and has received hundreds of millions of dollars in aid from Beijing, the New York Times reported.

The report said the Maldives has been struggling to pay back the loans and could be pressured by Beijing to make security concessions as part of its repayment.