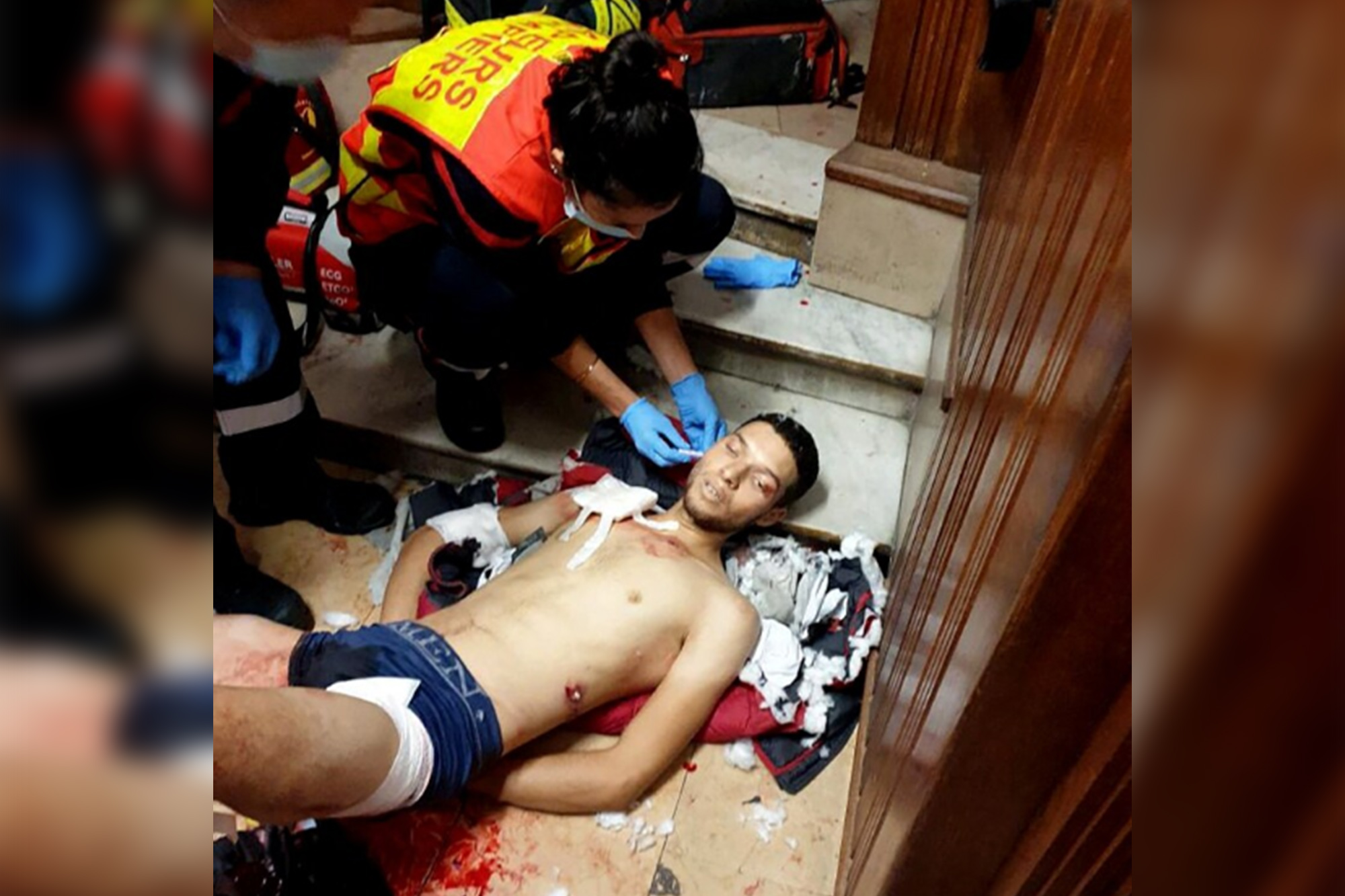 The 21-year-old had been in the country for less than a month before he allegedly killed two women worshippers and a male sacristan at the city’s Notre Dame Basilica, The Guardian reported.

An image of Aouissaoui in custody after being shot by police at the scene was provided to the photo agency Backgrid by a police source.

He was shot by police while shouting “Allahu akbar!” moments after the gruesome attack left three dead, and remains in custody.

Officials told the Guardian that Aouissaoui had no identity papers on him when he was apprehended.

He was carrying a document from the Italian Red Cross that indicated his name.

Aouissaoui is believed to have arrived without papers on the Italian island of Lampedusa from his native Tunisia on Sept. 20.

He was released by Italy after 14 days on a coronavirus quarantine boat, and ordered to leave Italian territory, the paper said, citing officials in Sicily.

He had not made a demand for political asylum in France, to which he had travelled illegally.

Don't Miss it US to open embassy in Maldives with resident ambassador
Up Next Zombie nurses flock to Halloween parade in Wuhan, China