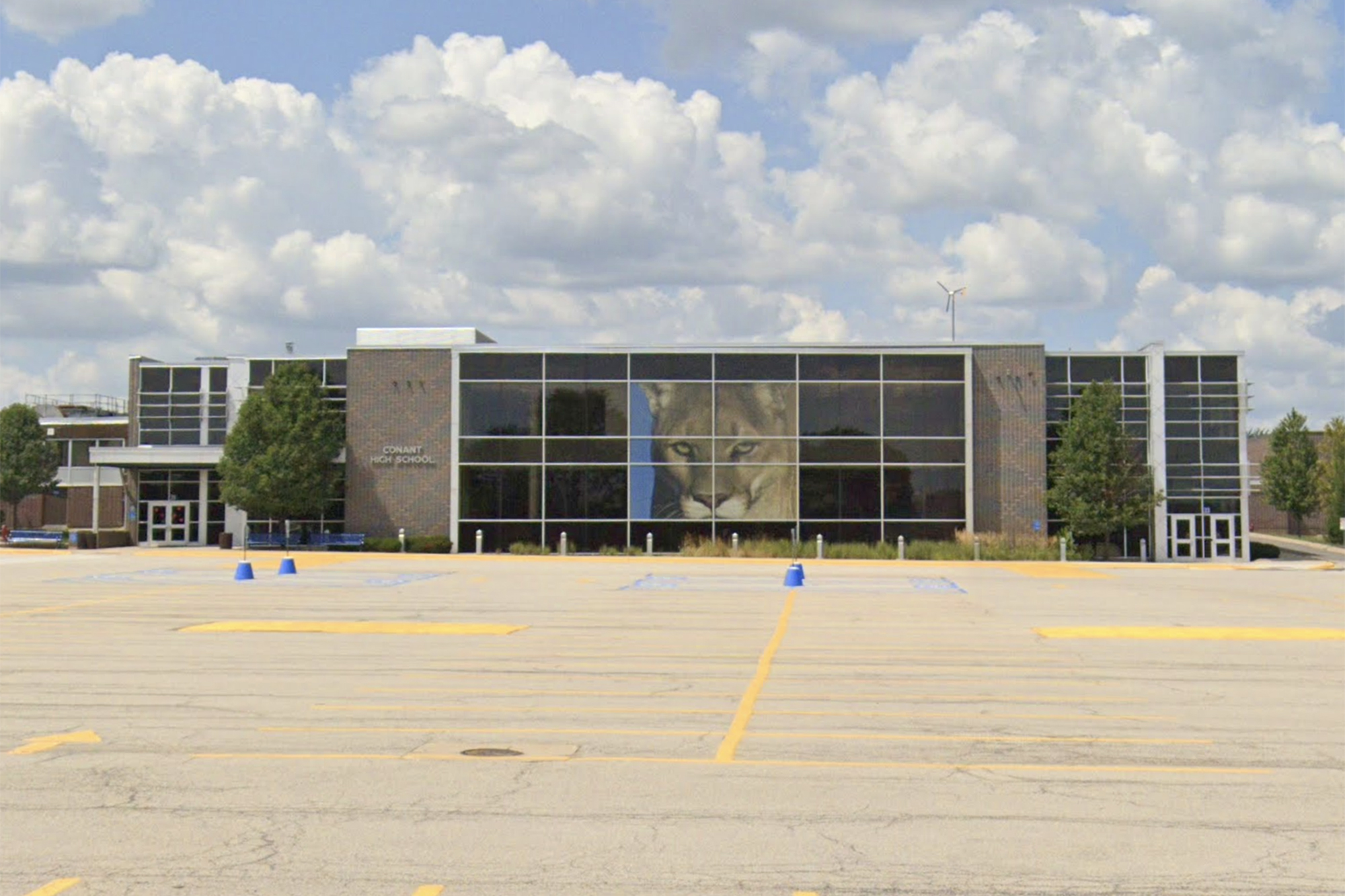 A former Illinois high school student is suing a photography studio and a school district for allowing a photo showing her exposed breasts at a homecoming dance to be posted online for days, according to reports.

The ex-student at Conant High School in Hoffman Estates said the snapshot taken at the October 2019 homecoming dance led to a “complete nightmare that no young woman should ever have to endure,” the Chicago Tribune reported.

The student, who was not identified by the newspaper, was 17 at the time of the dance, where her dress slipped as she was moving to the music with friends, briefly exposing her breasts, she said.

She readjusted herself and hoped no one else had seen her exposed, but a photographer at the soiree hired by Visual Image Photography in Wisconsin captured the fashion faux pas and posted it on its website for four days, according to a lawsuit filed on Oct. 16 in Cook County Circuit Court.

Hundreds of people viewed the photo and nine people downloaded the revealing image, the woman’s attorneys told the newspaper.

“You can imagine my complete horror and humiliation weeks later to hear my classmates and members of the football team and others talking and laughing about the picture,” she said Thursday.

The teen’s attorneys said the studio may have not realized what the photo actually depicted, but insisted it never should have posted it and accused the district of failing to ensure proper oversight, the Tribune reported.

“High school students are still children, and deserve the adults involved with school events to safeguard their best interests,” one of the woman’s attorneys, Abe Matthew, said in a statement. “There is no excuse for this lack of oversight, which literally exposed this young woman in the most humiliating way possible.”

The lawsuit — which alleges willful and wanton misconduct, negligence, inflicted emotional distress and intrusion on the right to seclusion – reportedly seeks more than $50,000 in damages from the school district and more than $50,000 for each of six alleged acts of wrongdoing by the studio.

The president of the photography studio, meanwhile, apologized to school administrators for the photo in a letter that was included in the lawsuit, the Daily Herald reported.

“Everything we do here at VIP is to create positive memories and experiences,” VIP’s Courtney Lutz wrote, according to the filing. “We would never intend to contribute to a negative experience for a student or a family. Personally, I have a 17-year-old and a 21-year-old daughter. I understand and want to help anyway I can.”