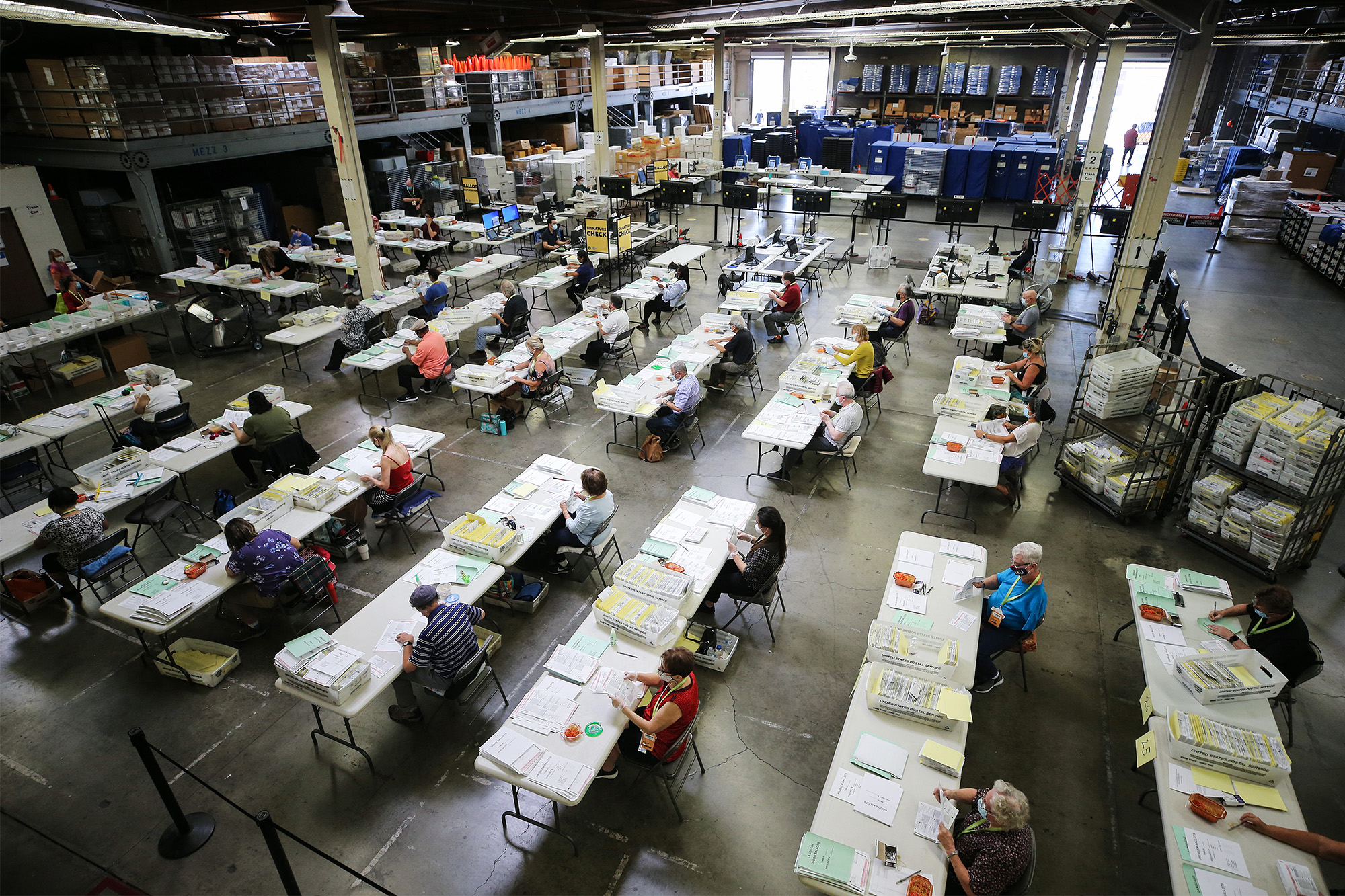 Dozens of workers sorted and processed ballots cast by California voters amid a “historic” turnout weeks ahead of the presidential election, new video shows.

The clip shows the workers at the Orange County County Registrar of Voters in Santa Ana sitting at a distance from each other — all wearing masks and some with gloves — flattening the ballots and preparing them for scanning.

“So voting has been going on for several weeks now and [we’ve seen] historic returns to date,” he said. “We started off a few days after the mailing, receiving tens of thousands of ballots and it was actually 400 percent over four years ago.”

“I’ve managed five presidential elections and this one has the most intense level of energy I’ve seen in any of those elections,” he said. “So, the early engagement, the phone calls we’re getting, the engagement on social media has really been through the roof. I mean, it’s been pretty high.”

Meanwhile, earlier this month, California Republicans were accused of setting up unauthorized drop-off boxes in the state, with party leaders later announcing they had no plans to remove the phony boxes despite a cease-and-desist order.

Nationwide, nearly 30 million Americans have cast early ballots in the election, shattering records as many voters have opted to avoid long lines on Nov. 3 in light of the coronavirus pandemic.

More than 29.6 million votes, submitted either by mail or in person, had been recorded in 44 states and Washington, D.C., by midday Monday, according to the U.S. Elections Project at the University of Florida.