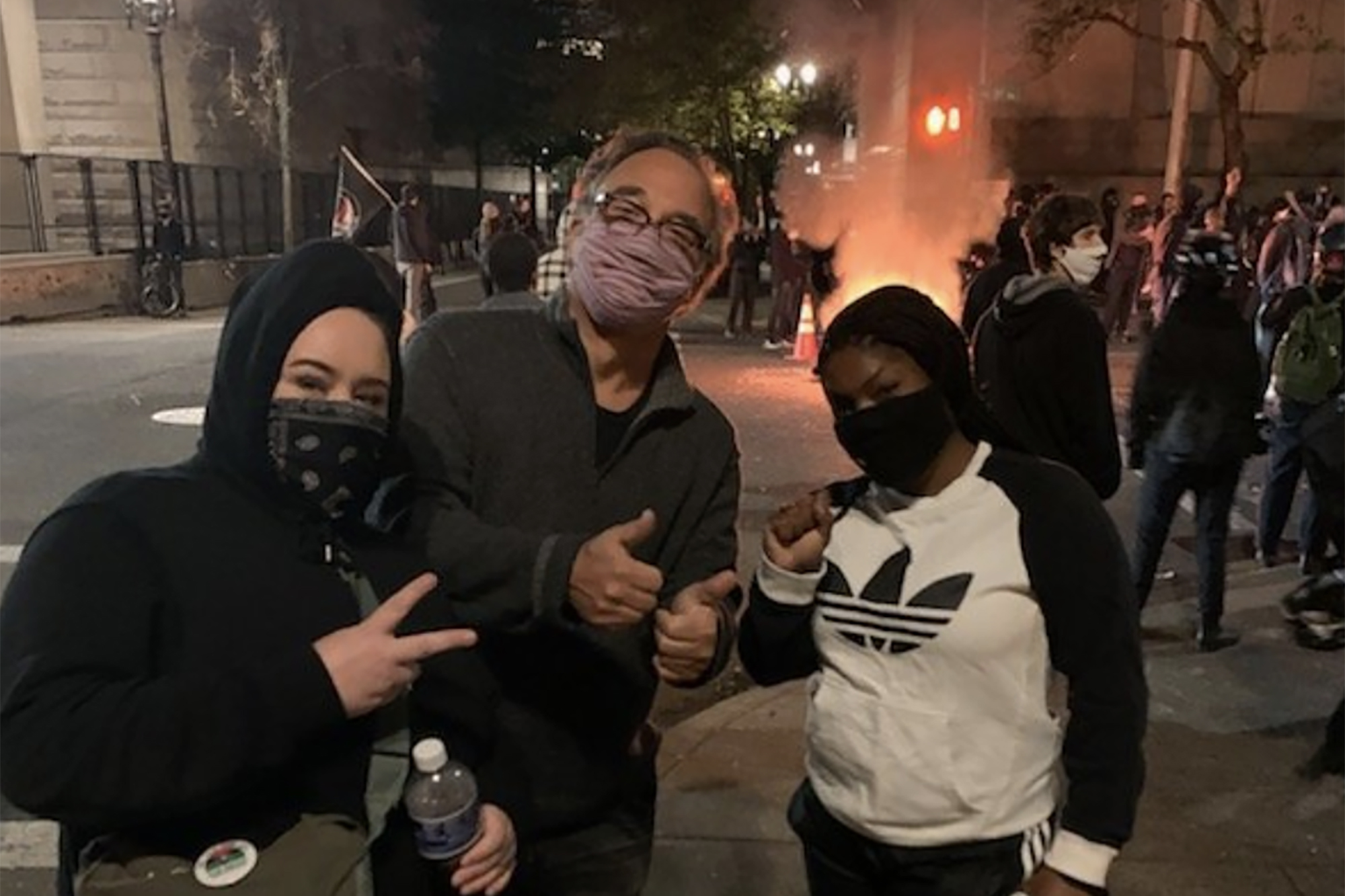 Actor-turned-cannabis farmer Jim Belushi was spotted giving a thumbs up in front of a street fire during a violent demonstration in Portland on Thursday night.

A photo posted on Twitter early Friday showed the veteran of ABC’s “According to Jim” posing in a mauve face mask with two other masked people.

The occasional Blues Brother — who runs a legal weed business from his southern Oregon spread, Belushi’s Farm — was pictured standing near a crowd gathered around a blaze at a crosswalk.

A group of about 100 people had gathered near the Multnomah County Justice Center in downtown Portland around 10:30 p.m. and some started the fire in the road, according to local outlet KGW8.

Firefighters were able to put out the flames by around 11:20 p.m.

Police arrested two people, including one on charges of reckless burning, and issued one citation before the crowd left the area around 12:30 a.m., the report said.

Protests have raged in Portland nearly every night since the May 25 police custody death of George Floyd in Minneapolis.

The demonstrators are calling for an end to police brutality against minorities, and for the defunding of police and the abolishment of prisons.