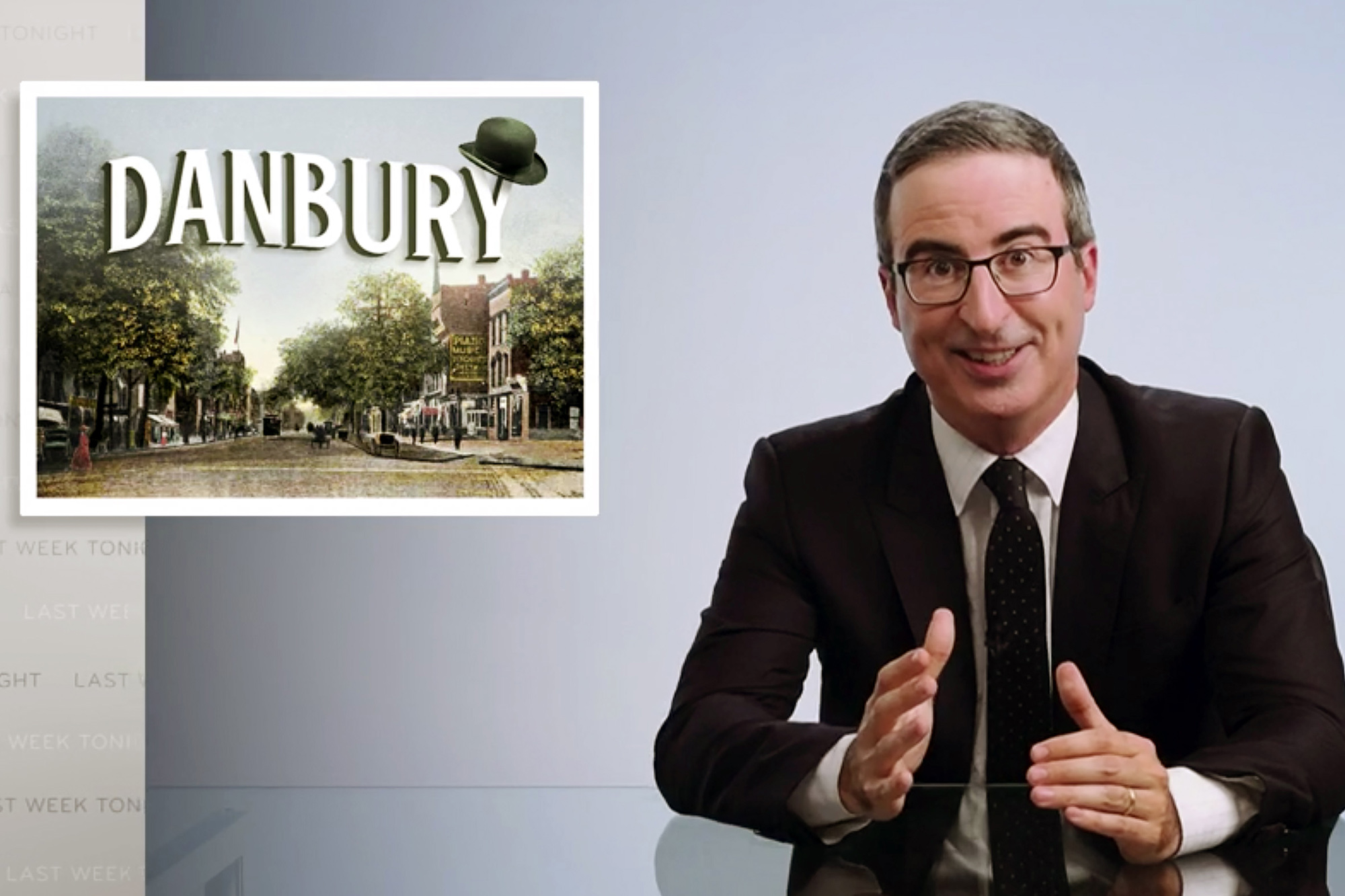 John Oliver’s coming to Connecticut — no ifs, ands or butts!

The “Last Week Tonight” comedian plans to visit Danbury, where leaders named a sewer plant after him because he spoofed the city as a crappy place to live, according to the CT Post.

Mayor Mark Boughton said Thursday night the British funnyman has agreed to come to the suburb, possibly for a ribbon-cutting ceremony,

“We’re still working out the details on that to cut the ribbon on the John Oliver Memorial Sewer Plant, which we renamed last week,”  Boughton said at a Greater Danbury Chamber of Commerce meeting. “We’ll be putting something up on Facebook about that, but it won’t be available or open to the public, unfortunately, as they’re very strict in terms of the COVID-19 regulations.”

“If you are going to forget a town in Connecticut, why not forget Danbury because — and this is true — f–k Danbury,” Oliver said on the segment, which aired Aug. 16. “[It’s] a sad, empty void where hope goes to die.”

Boughton struck back in a Facebook post, slamming Oliver as “full of crap” and vowing to named the poop plant after him.

Oliver then challenged the town to do it, saying he’d donate $55,000 to local causes if it actually followed through.