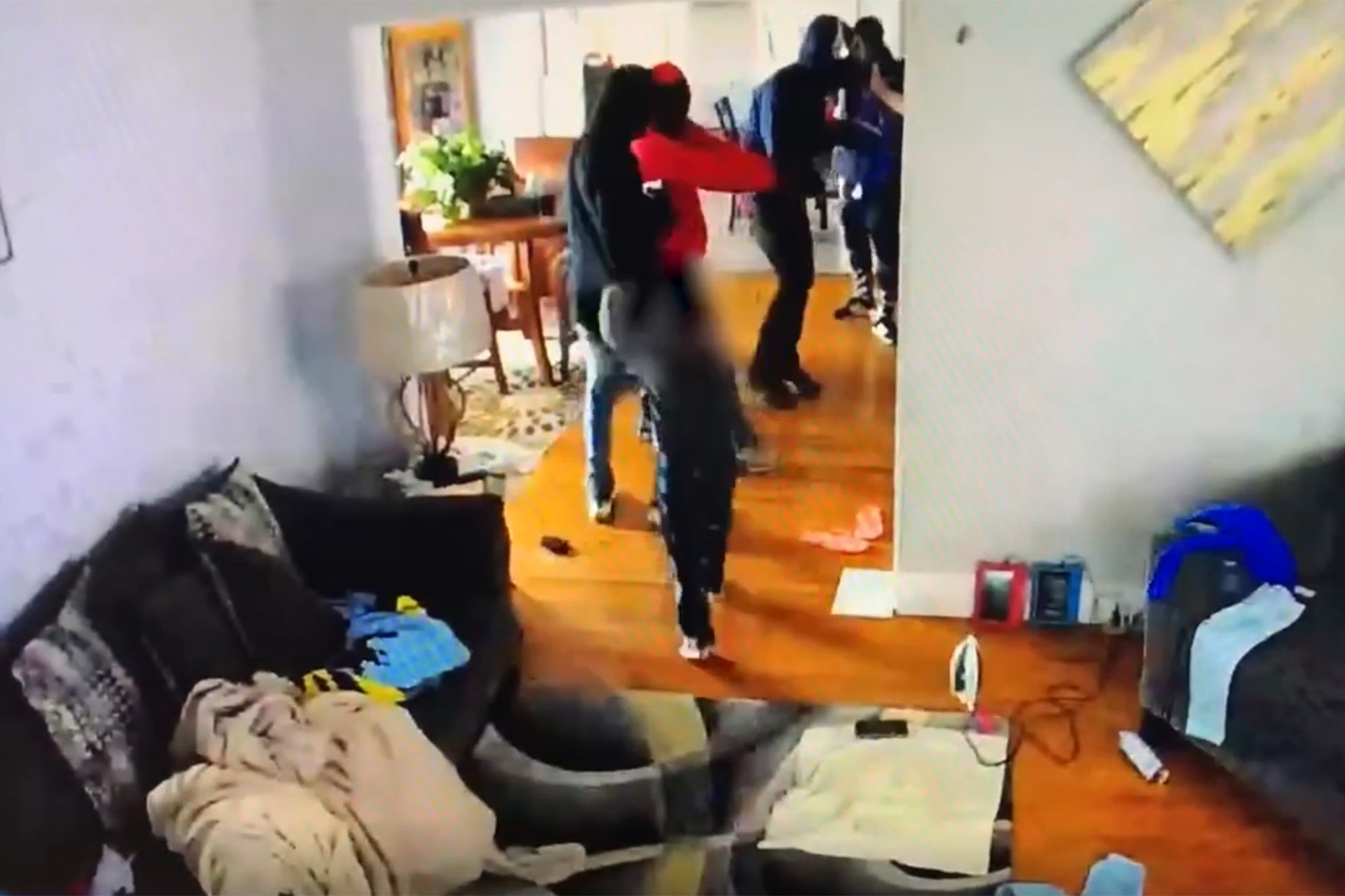 A courageous 5-year-old Indiana boy sprang into action when a group of armed men stormed into his home — swatting at one suspect and tossing a toy at him, video shows.

Footage of the Sept. 30 home invasion in South Bend shows four suspects in hoodies barging into a residence after police said they knocked on the door. At least three of the men had guns, but that didn’t stop the son of Tamika Reid from trying to protect his mom, she told WSBT.

The boy threw a toy at one suspect and then swatted at the man during the break-in, video shows.

“I tried throwing my car at him,” the brave kid recalled.

Reid said she was busy ironing and trying to get the day started when the men broke in.

“You would hear me saying, ‘What is that?!’ ” she told the station.

Shots had just been fired, Reid said, and the suspects were inside the family’s kitchen within seconds, according to the clip. But that didn’t scare off Reid’s son, David Johnson, who immediately stood up for his mother and sister, Reid said.

“My whole thing was — my hero right here — he was steady trying to hit the guys,” Reid recalled. “My thing was, I need to get him out of the house before they do something to my son.”

No injuries were reported and nothing from the home was stolen, police said. The suspects are still in the wind.

Department officials, meanwhile, praised the youngster for his courageousness.

“A lot of people are saying this little boy is so brave and he deserves a gold star, and that’s true, he was extremely brave in this situation,” South Bend police spokeswoman Christine Karsten told the station. “But no little boy, nobody in general should have to go through something like this, so it’s really important we get those who are responsible for this heinous crime off the streets.”

One of the boy’s neighbors, meanwhile, said she was saddened upon seeing the frightening footage.

“We were shocked, we heard the gunshots, it was scary,” neighbor Olivia Cruz told WNDU. “I mean, our kids play outside, but that’s the first incident like that since I’ve been here. Oh my God, it broke my heart, he was trying so hard to protect his mom and get them out of there.”

The suspects ultimately fled the home and fired more shots as they did, police said. Anyone with information about the incident is asked to call South Bend police at (574) 235-9263.

“This video is extremely disturbing,” police said while posting the footage Friday. “You can see a little boy hitting one of the armed suspects as he tried to defend his home. It is our job now to defend him.”

A message seeking comment Monday from Karsten was not immediately returned.