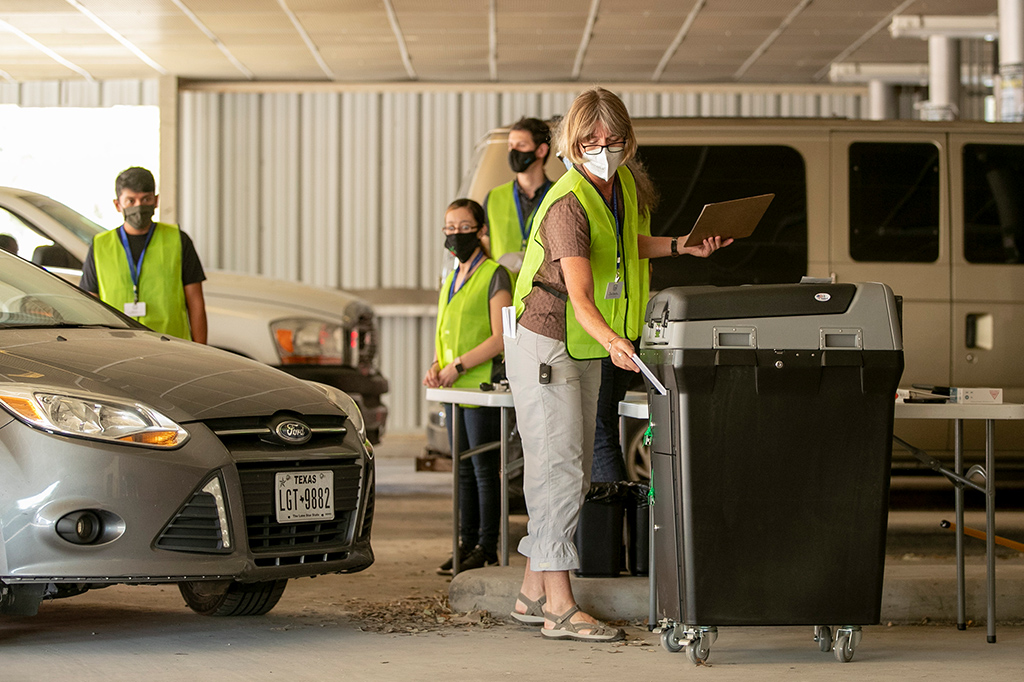 AUSTIN, Texas — A federal judge in Texas on Friday halted Republican Gov. Greg Abbott’s order that shuttered dozens of mail ballot drop-off sites weeks before November’s election, authorizing only one for every county no matter the size.

Abbott’s order dramatically reduced the number of places in Texas where voters could drop off mail ballots during early voting and most heavily impacted the state’s largest cities, which are also Democratic strongholds. He issued the order Oct. 1 as voters had already begun returning ballots for the Nov. 3 election.

The move brought swift accusations of voter suppression from Democrats and voting rights groups, including the League of United Latin American Citizens, which filed a lawsuit over the order earlier in October.

In a 46-page opinion, U.S. District Judge Robert Pitman of Austin said “the public interest is not served by Texas’ continued enforcement of a proclamation plaintiffs have shown likely violates their fundamental right to vote. This factor therefore weighs in favor of a preliminary injunction.”

Gilberto Hinojosa, Texas Democratic Party chairman, said in a statement that Pitman’s decision stopped the governor from “making up” election rules after the election started.

“This important ruling stands up not just for voters but for the Rule of Law,” he added. “This isn’t the first time Abbott and Texas Republicans have tried to suppress the vote, and it won’t be the last.”

Texas is one of just five states not allowing widespread mail-in voting this year. Polls show unusually tight races in America’s biggest red state and Democrats could take over the state House of Representatives for the first time in 20 years.

Courts have sided with GOP leaders who say fear of catching COVID-19 doesn’t qualify voters to receive mail-in ballots. To qualify for a mail-in ballot in Texas, voters generally must be 65 years older, out of their county on Election Day or disabled.

Nowhere in Texas lost more drop-off sites than Harris County, which includes Houston and is home to 5 million people. The county — a key battleground in Texas — was forced to close 11 drop-off locations. On Wednesday, the Texas Supreme Court also ruled that Houston elections officials could not send unsolicited mail ballot applications to 2 million registered voters.

The U.S. Postal Service informed Texas in July that, given the state’s current mail ballot request deadline, some ballots may not be delivered to voters by Election Day, and that even if all ballots reached voters on time, there was a “significant risk” that completed ballots postmarked on or near Election Day would not be received by the state’s Nov. 4 deadline.

The Texas Secretary of State’s office has not responded to Associated Press requests for comment on its plans to ensure the timely delivery of ballots.