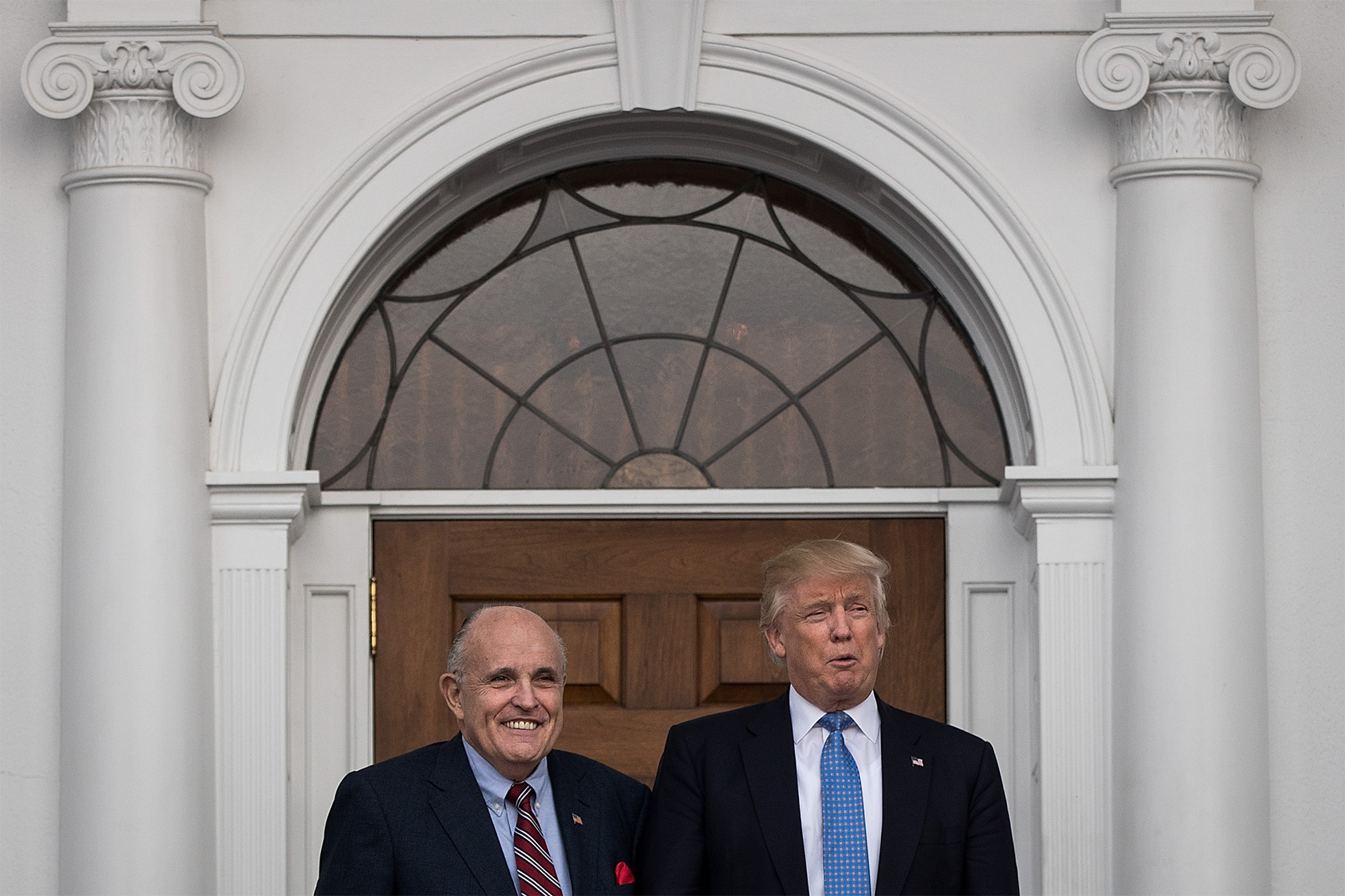 President Donald Trump phoned Rudy Giuliani from his hospital bed Saturday afternoon to declare he feels so healthy, “I could get out of here right now.”

The former Big Apple mayor said his friend of 30 years sounded hale and hearty during the 2:30 p.m. conversation. “If you can judge by the way he speaks, he sounded like vintage Donald Trump,” Giuliani said.

The president dictated a statement to Giuliani:

“You go tell people I’m watching this coverage [reporting he’s taken a turn for the worse].

“I feel I could get out of here right now. But they’re telling me there can always be a backstep with this disease. But I feel I could go out and do a rally.

“I am the president of the United States. I can’t lock myself in a room. … I had to confront [the virus] so the American people stopped being afraid of it so we could deal with it responsibly.

“We have made tremendous progress on treating this disease. Fatality rates are very low compared to [the beginning].

“I’m going to beat this.

“Then I will be able to show people we can deal with this disease responsibly, but we shouldn’t be afraid of it.

“If I had handled it any other way, I would have created more panic, more fear in the American people.

“We are making great progress on dealing with this disease and making better progress with the economy than anyone had the right to expect.”

The president’s physician, Dr. Sean Conley, told reporters Saturday morning that Trump has no fever, is not taking oxygen and is in “good spirits.” But he warned, “The first week of Covid, and in particular days seven to 10, are the most critical in determining the likely course of this illness.”