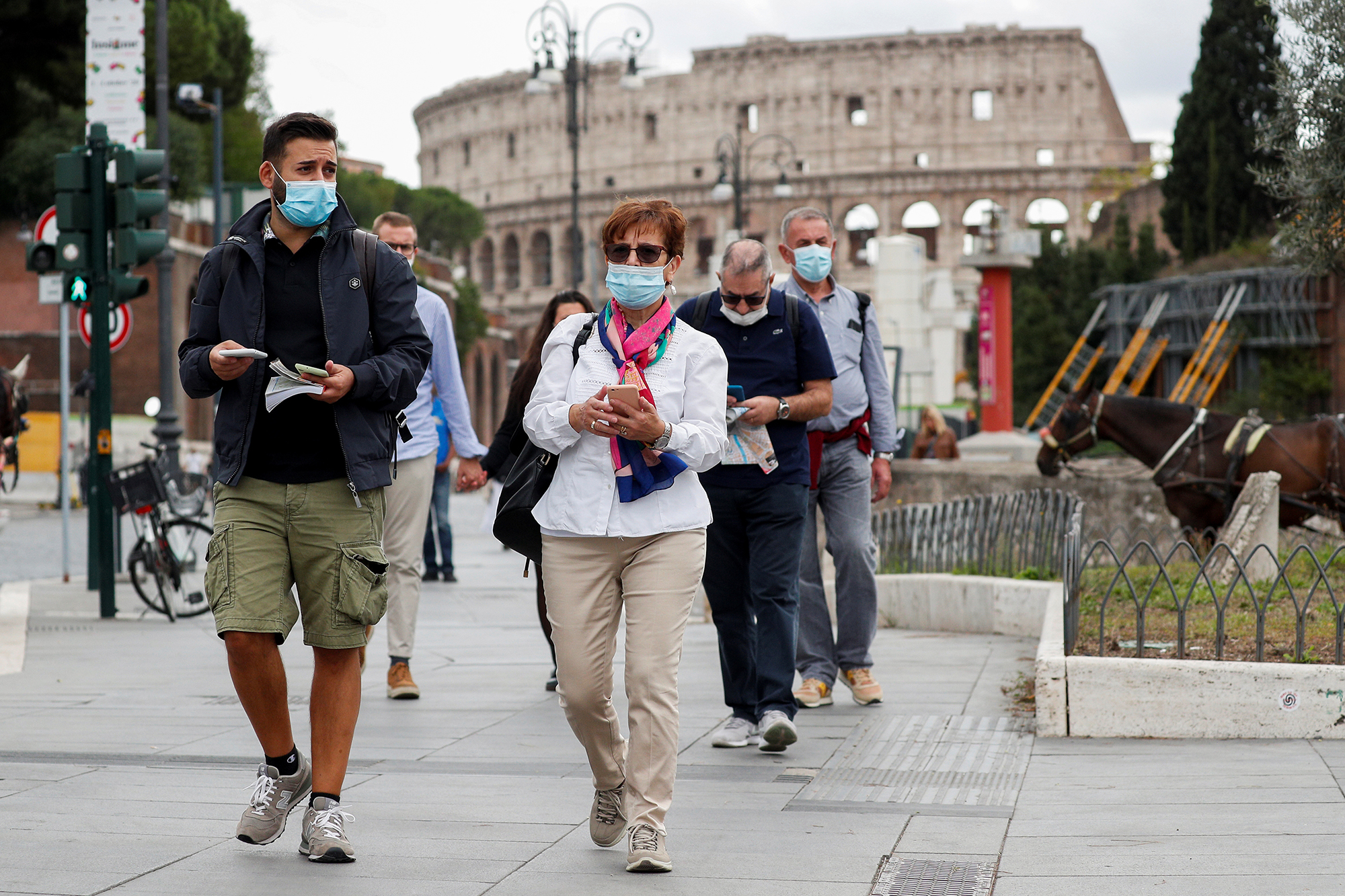 ROME – Face masks will have to be worn at all times out of doors in the Italian capital Rome and the surrounding Lazio region, local authorities ruled on Friday in an effort to counter rising coronavirus infections.

Italy on Thursday registered more than 2,000 new coronavirus cases for the first time since the end of April. Lazio accounted for some 265 of those cases and has been increasingly concerned by the growing contagion.

A number of other Italian regions, including Campania centered on Naples, have already made mask wearing obligatory outdoors. Previously, masks had to be worn only in closed public spaces, such as shops and cinemas.

“Most of the cases are tied to the lack of respect in using masks and in social distancing,” Lazio’s health chief Alessio D’Amato told reporters on Friday as he announced the new measure.

Italy was the first country in Europe to be slammed by COVID-19 and has the second-highest death toll in Europe after Britain, with almost 36,000 people dying since the outbreak flared in February. It has registered 317,409 cases.

Thanks to one of the strictest lockdowns in the world, the government managed to get the contagion under control by the summer.

Cases have slowly picked up over the past two months but Italy is still seeing far fewer daily infections than elsewhere in Europe, with France, Spain and Britain all registering thousands more cases per day.

Prime Minister Giuseppe Conte has ruled out any return to a nationwide lockdown, but officials have said tighter restrictions might have to be applied in future to limited areas to contain any localized flare-ups.

Don't Miss it World leaders react to Trump’s coronavirus diagnosis
Up Next Breaking: Coronavirus Spreading Through the White House