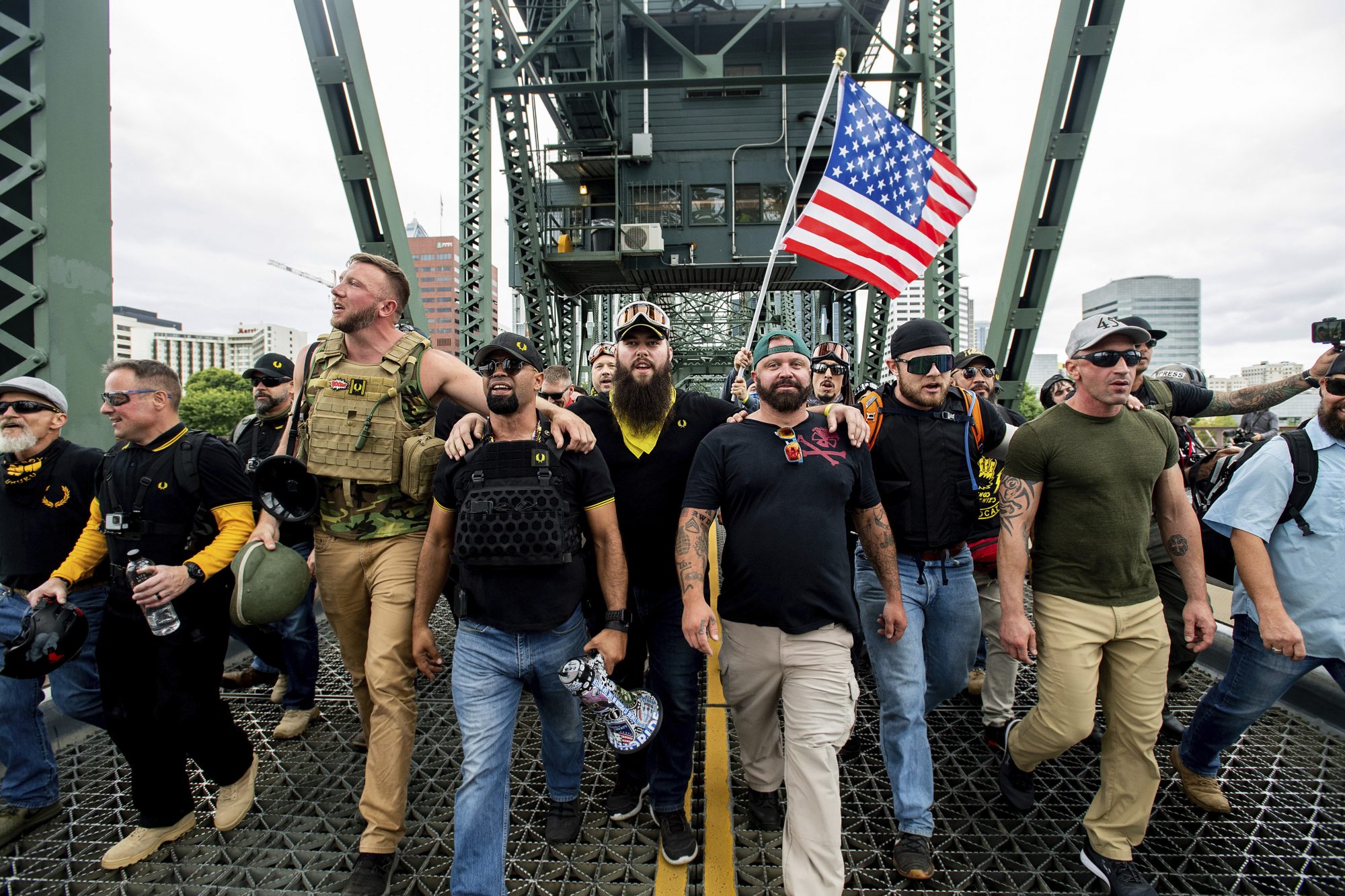 Oregon Gov. Kate Brown declared a state of emergency in Portland on Friday as authorities anticipate violent clashes between opposing groups over the weekend during a scheduled rally held by a right-wing group.

Members of the Proud Boys are planning to gather at a downtown park Saturday, potentially setting the stage for confrontations with counterprotesters. Both groups have violently clashed in the city on several occasions.

Brown’s order will put the Oregon State Police and Multnomah County Sheriff’s Office in charge of crowd management efforts. In a news conference, she said groups like the Proud Boys seek to intimidate counterprotesters and inflame tensions.

She accused both groups of instigating violence in the city, repeatedly played out when right-wing protesters hold rallies in an effort to provoke those with opposing views.

In August, a Patriot Prayer supporter was shot and killed in downtown Portland during a confrontation. Michael Forest Reinoehl said he shot Aaron Danielson in self-defense. He was killed by law enforcement officers as they attempted to arrest him in Olympia, Wash.

Portland has grappled with more than 100 consecutive days of protests that have included fights, arson, vandalism, assault and murder. On Thursday, protesters set fire to the Portland Police Association building, police said.

State Police Superintendent Travis Hampton said a massive influx of state troopers and sheriff’s deputies will flood Portland beginning Saturday morning. He said authorities will not tolerate violence and other criminal activity and will try to keep groups separate to avoid confrontations.

It was not clear how many law enforcement officers are tapped to come to the city.

Under the arrangement, officers will have access to tear gas, Hampton said. Portland Mayor Ted Wheeler, who also serves as the city’s police commissioner, has prohibited his officers from using the chemical agent after criticism that it was being indiscriminately deployed during protests.

“Operating under the governor’s emergency act, we will not remove CS gas as a possibility from these events,” Hampton said. “We will use it judiciously. We hope we will not use it at all, but we will make this available not only to Oregon State Police troopers and Multnomah County Sheriff’s deputies, but also to Portland police officers.”