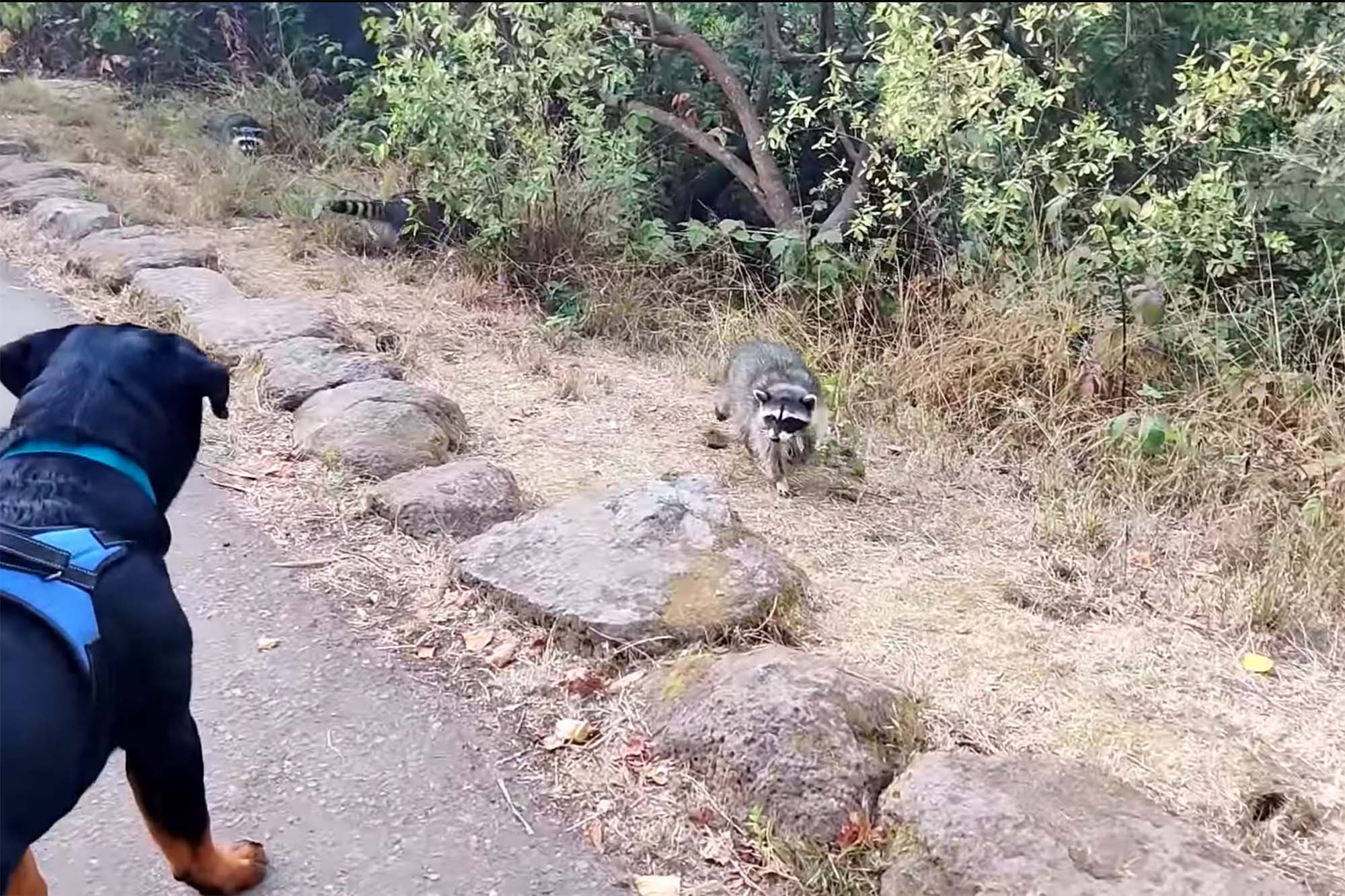 A pack of masked “bandits” is marauding in a San Francisco park.

The group of 14 raccoons emerged from the bushes at Golden Gate Park on Thursday, startling a father and son who snapped a picture of the bizarre scene, SFGate reports.

“It was so surreal…a posse of bandits…like out of a movie,” the dad, Marc Estoque told the outlet. “And then two minutes later there was a coyote. I was waiting for the unicorn to pop out.”

Ten raccoons were pictured, while another four were still hiding off in the bushes, Estoque said of his image.

The seemingly massive population of raccoons in the Bay Area has been long chronicled, with the SFGate reporting back in 2008 of a troubling raccoon “inundation.”

Estoque said the raccoons appeared to be looking for food. He shared the image to raise awareness of the problem with people feeding snacks with park wildlife.

“We want to keep the animals wild,” he said.

Tamara Aparton, a spokesperson for San Francisco’s Recreation and Parks Department, told the outlet that raccoons have been a problem in the area.

“We’ve been posting signage and doing education and outreach in the area, talking to people about the harmful consequences for the animals and handing out flyers in English, Chinese and Spanish,” Aparton said. “Rangers have also increased patrols in the area.”