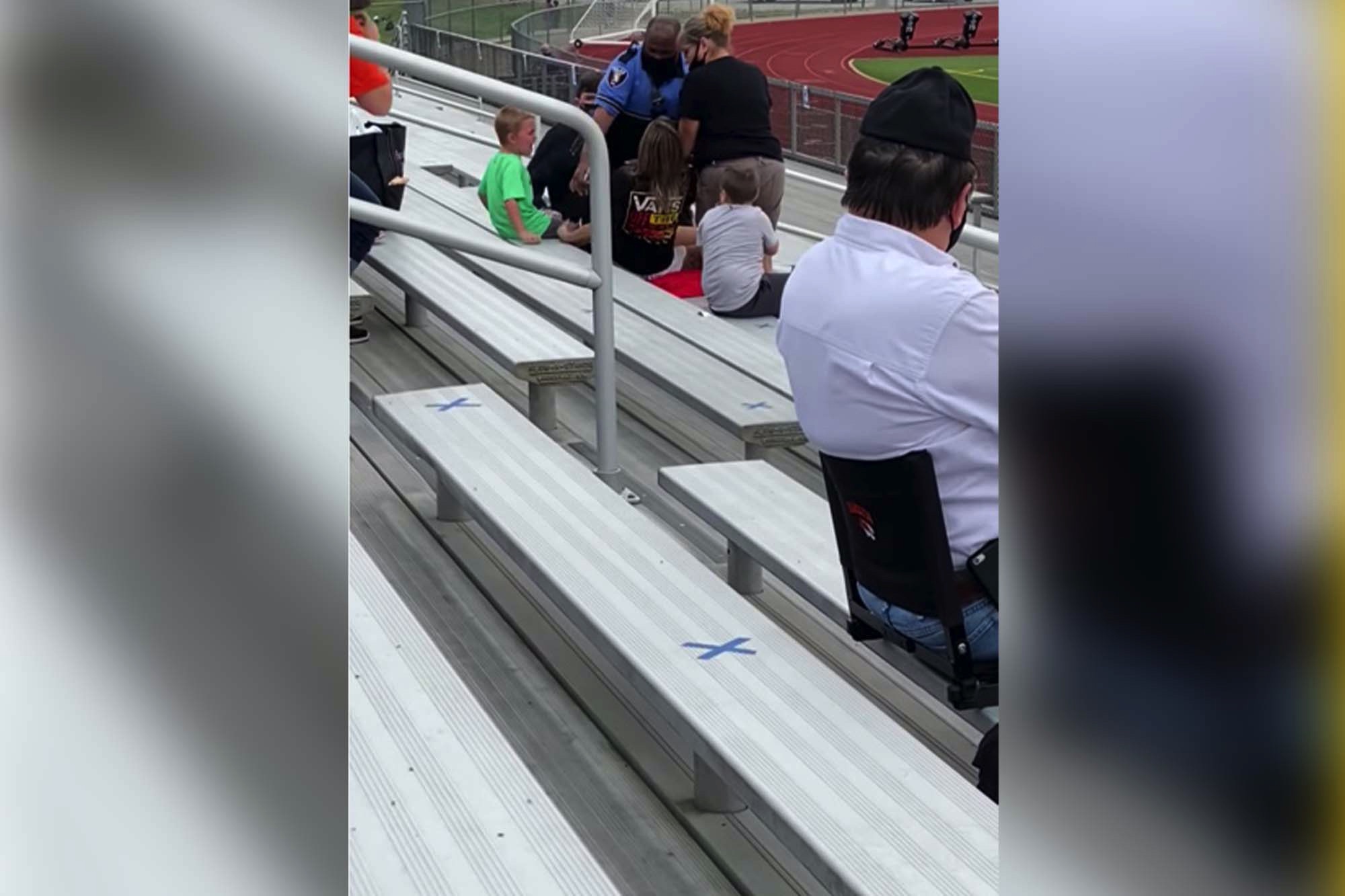 A woman at a grade-school football game in Ohio on Wednesday was reportedly tasered and arrested by a police officer for not wearing a face mask in the stands.

The woman was sitting in the bleachers with her mother when she got into an altercation with the cop about mask-wearing at a middle school in the town of Logan, The Marietta Times reported.

Video of the incident, which was posted to YouTube, shows the woman resisting as the officer struggled to handcuff her for nearly two minutes before he deployed his taser.

The woman, identified in the report as Alecia Kitts, repeatedly tells the officer to “get off of me,” the video shows.

“You’re not arresting me for nothing, I ain’t doing nothing wrong,” she yells after the officer ordered her to place her hands behind her back.

Once the officer tasered Kitts, she fell to a lower tier of the bleachers, according to the footage.

The use of force shocked others watching the game.

“Tasing this lady over not wearing a damn mask,” a witness could be heard saying.

As the woman is finally hauled away, her mother pleads with the cop: “Come on, it’s just a mask!”

Kitts, who appeared to have an American-flag themed mask in her back shorts pocket, was rooting for the visiting team from Marietta City Schools at the time.

The Logan Police Department told The Marietta Times the incident is under investigation.

Logan Athletic Director, Theresa Schultheiss, told the newspaper that Kitts and her mother were the only two in a crowd of 300 fans who were “having issues” complying with the state’s mask requirement.

“This rule has been in effect since we were told we could play,” said Schultheiss.

“Everyone that came through ticketing tonight was reminded, we had regular announcements over the PA reminding you that mouths and noses needed to be covered and we had signs at the bathrooms.”