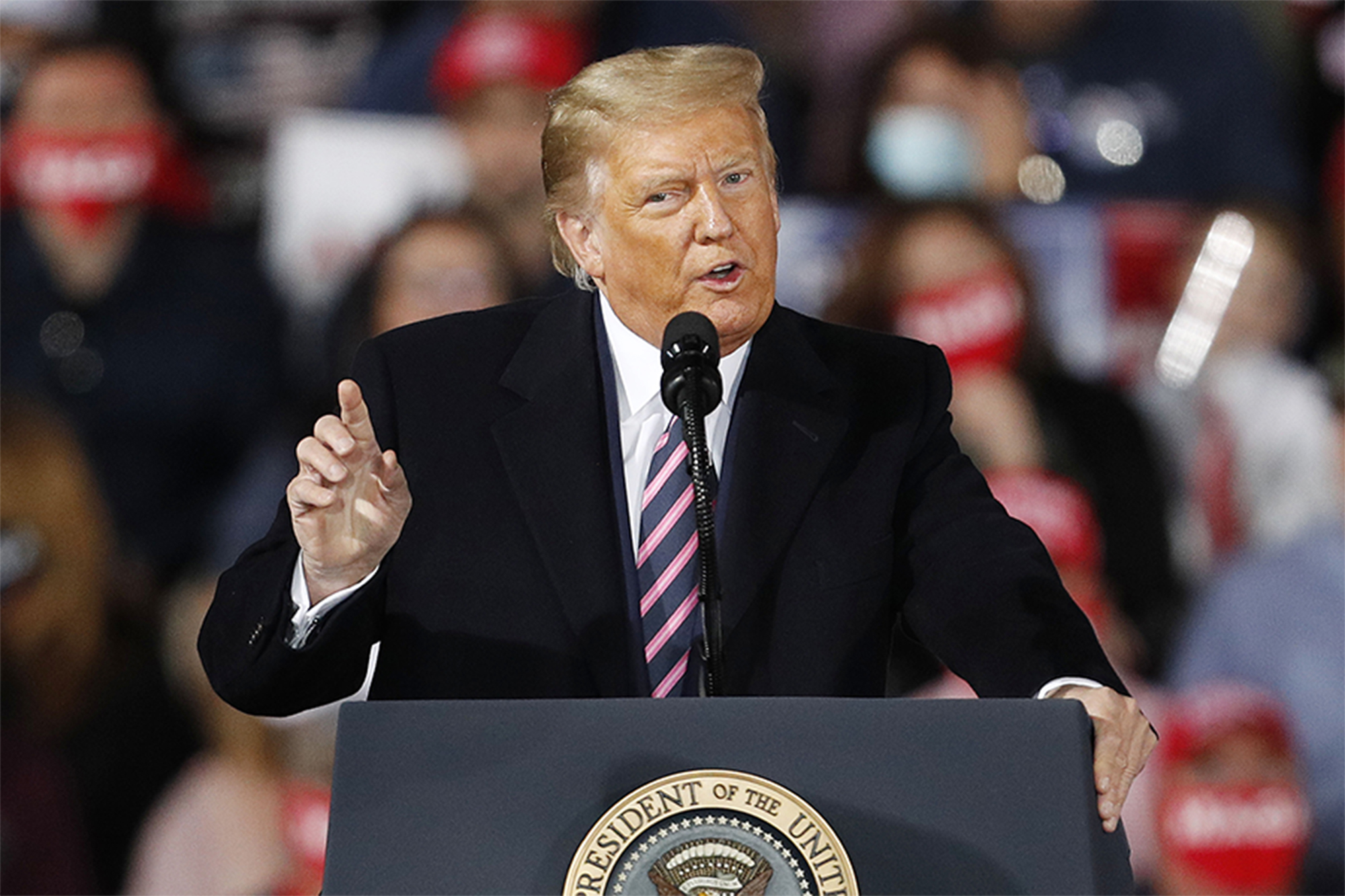 President Trump on Tuesday slammed Democratic presidential candidate Joe Biden for changing his positions on fracking and trade during a rally in swing-state Pennsylvania.

Trump told a Pittsburgh crowd that Biden flip-flopped on fracking for oil and natural gas after promising to eliminate fossil fuels and prohibit “new fracking” — which he recently walked back.

“Don’t forget, I am not the candidate … that said, ‘We’re not going to have fracking, we’re going to ban fracking,’ and he said that for a year. Then all of a sudden he said, well, maybe we’ll have some fracking,” Trump told the cheering crowd.

“By the way, you know that won’t last because the radical left won’t let him get away with it. And I’m all for fracking, folks.”

Trump invoked Biden’s July 2019 remarks to CNN’s Dana Bash, who asked if there would be “any place for fossil fuels, including coal and fracking, in a Biden administration.”

“No, we would work it out. We would make sure it’s eliminated,” Biden told Bash.

Trump said that “when asked if there would be any place for fossil fuels including coal fracking and a Biden administration, Joe replied, ‘No, we would make sure that it’s all eliminated.’ Then all of a sudden he gets the nomination.”

On trade, Trump slammed Biden, a former longtime senator, as “a cheerleader for the worst trade deal ever made by any country, NAFTA, and China’s entry into the World Trade Organization, which built China like a rocket ship.”

“Biden shouldn’t be asking for your vote. He should be begging for your forgiveness. He did a terrible job,” Trump said.

“This election is a choice between Pennsylvania and China. If Biden wins, China wins. When we win, Pennsylvania wins and America wins.”

Trump accused Biden of copying his emphasis on domestic manufacturing after supporting “cheap labor to replace US workers” for years.

“I see his thing ‘hire American’ — he got it from me. All the words he’s got are my words, right?” Trump said. “They say he copied my campaign. I keep saying, ‘What the hell happened for 47 years and now he’s copying my campaign?’ And as president, you know it’s not gonna happen with him.”

“It’s so sad to see what’s happening in New York,” Trump said. “We’re gonna make a little bit of a play for New York. You know, in theory … the Democrats automatically win New York, but I do phenomenally in most parts and then one part it’s automatic, but I can’t imagine that particular part is going to be very happy.”

Trump shared the stage in Pennsylvania with two of the swing-state’s Democratic sheriffs who just switched over to be Republicans, James Custer of Fayette County and Robert Wolfgang of Forest County.

The president highlighted recent violent unrest in Pennsylvania linked to anti-police brutality protests as he makes “law and order” a centerpiece of his campaign.

“Over Labor Day, left-wing radicals rampaged through Pittsburgh harassing diners at restaurants. I saw that one, that was horrible … I saw that one guy grabs a woman, older woman. She’s eating a steak. He grabbed a steak … he threw it back on the plate, an outdoor place, and the husband’s standing there like, you know, they’re afraid for their lives,” Trump said.

“Last week after a police officer shot a knife-wielding assailant, over 100 rioters rampaged in Lancaster — went to school right nearby — looting businesses, setting fires and assaulting police officers with rocks and bricks and glass. You saw that Joe Biden has the support of violent left-wing extremists. He never once mentioned the words law and order during their entire Democratic National Convention, never once they didn’t talk about the riots.”