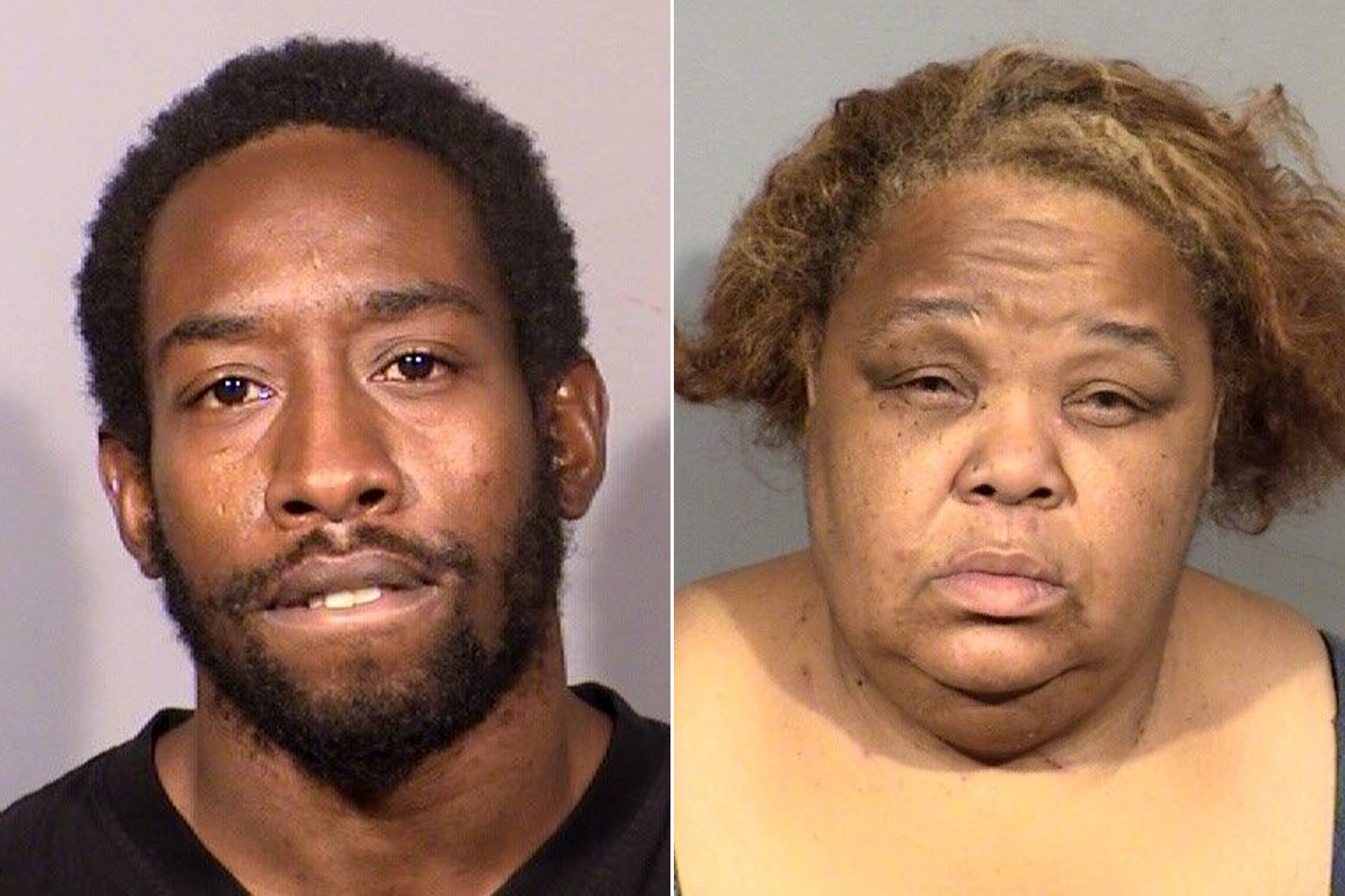 The honeymoon phase is over!

A newlywed couple was nabbed for stabbing and tying up their rideshare driver on their honeymoon near Las Vegas, police said.

Chantilly Farmer, 47, and Devonte Roberson, 24, initially called the rideshare service after their car broke down while celebrating their nuptials in Mesquite, news station KVVU reported.

The driver then gave the couple his number so they could call him if they needed another ride while in town, police said.

When their car broke down again on Thursday, the honeymooners called the man to pick them up in Henderson, authorities said.

But en route back to Mesquite, the couple claimed the driver was hitting on the new bride, the outlet reported.

“[Roberson] said that while they were traveling back, he noticed that [the driver] was looking at [Farmer] through the rearview mirror,” the arrest report said, news station KSNV reported.

“[Roberson] became upset with this, so he decided to stab [the victim] in the right shoulder.”

He then ordered the driver to get in the backseat, where Farmer tied up the man’s hands with a shoelace, police said.

With Roberson now behind the wheel, they demanded the driver to give them his phone passcode and debit card PIN, the outlet reported.

When they reached a truck stop out of Las Vegas, the man was able to finally free his hands and jump out of the car, police said.

He was brought to the hospital with several injuries, including a head wound that authorities say “required multiple staples to close.”

The couple sped away from the scene, but they were later nabbed by authorities when they fell asleep at a truck stop in Alamo.

The honeymooners were booked at Clark County Detention Center on charges that include kidnapping, robbery and grand larceny of a vehicle, the outlets reported. They’re expected to appear in court on Tuesday.