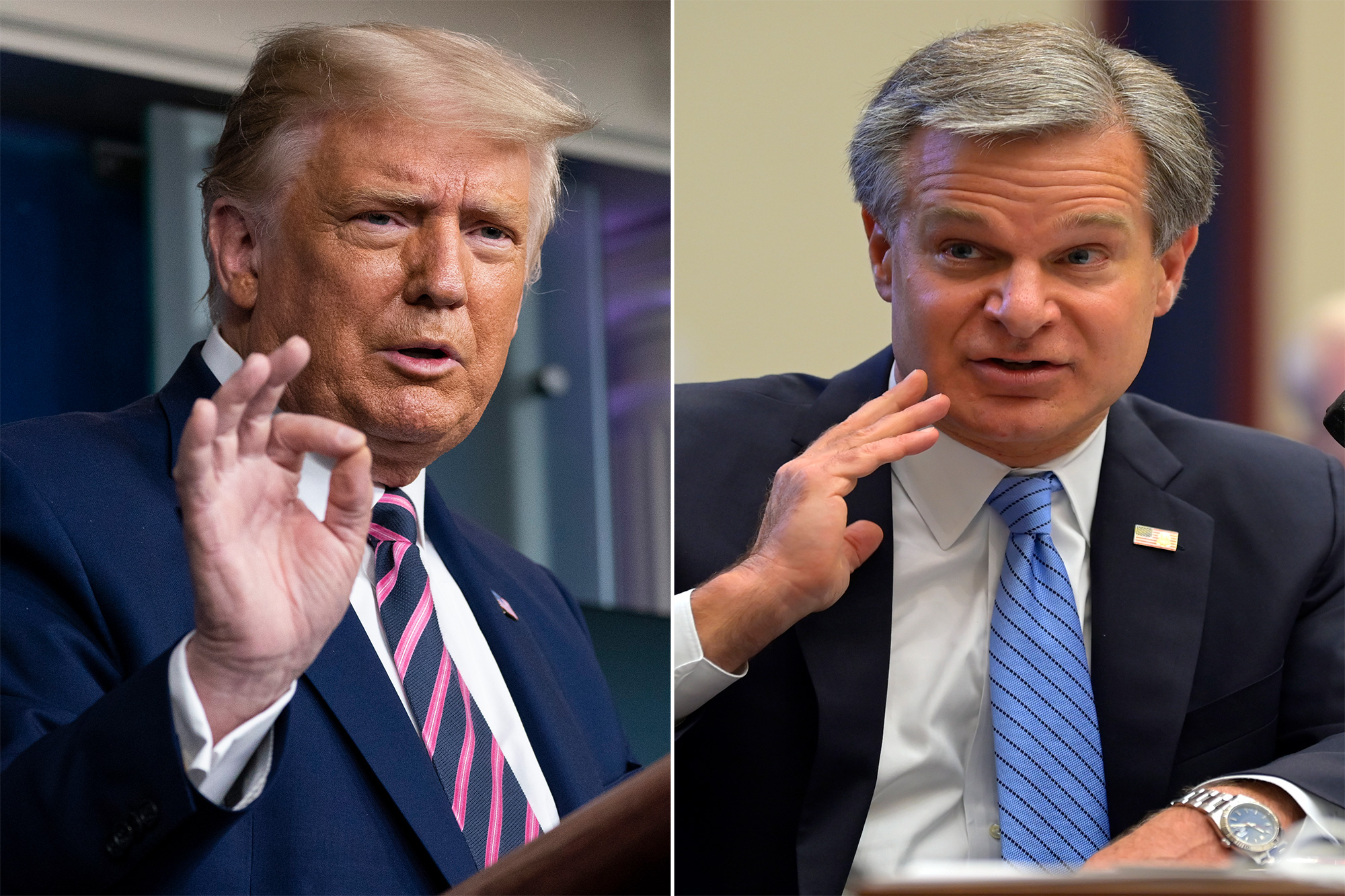 President Trump on Friday doubled down on his criticism of FBI Director Christopher Wray, saying his testimony to congress about Antifa and China’s influence in the US election “bothers me.”

The president dodged a reporter’s question about whether he’s planning to replace Wray as he departed the White House for a campaign rally in Minnesota.

“We’re looking at a lot of different things,” Trump said. “I did not like his answers yesterday. And I’m not sure he liked them either. I’m sure that he probably would agree with me.”

Trump said twice that Wray’s testimony “bothers me,” citing his remarks on China and on Antifa, or self-described “Anti-fascist” activists who are active in destructive riots following the May killing of George Floyd by Minnesota police.

Wray angered House Republicans on Thursday when he said Antifa was “kind of a movement” or ideology but “not an organization.” Trump wrote in a Thursday evening tweet that it’s possible the “FBI is simply unable, or unwilling, to find their funding source.”

“I disagreed with him on those, I think, very important points,” Trump told reporters as he left the White House.

“Obviously China is at the top of the list. And I think Russia and North Korea and many other countries can be talked about, but China would be at the top of that list, so I don’t know why that’s not mentioned,” Trump said.

“And obviously Antifa, these are thugs, these are bad people. These are people that hurt a lot of people… The fact is that Antifa is a bad group. And they’re criminals, and they’re anarchic, and they’re agitators, and they’re looters and rioters and everything else. They’re bad. And when a man doesn’t say that, that bothers me. I wonder why
he’s not saying this.”

Trump nominated Wray in 2017 to serve as FBI director after firing former director James Comey. The Senate confirmed Wray to a 10-year term.