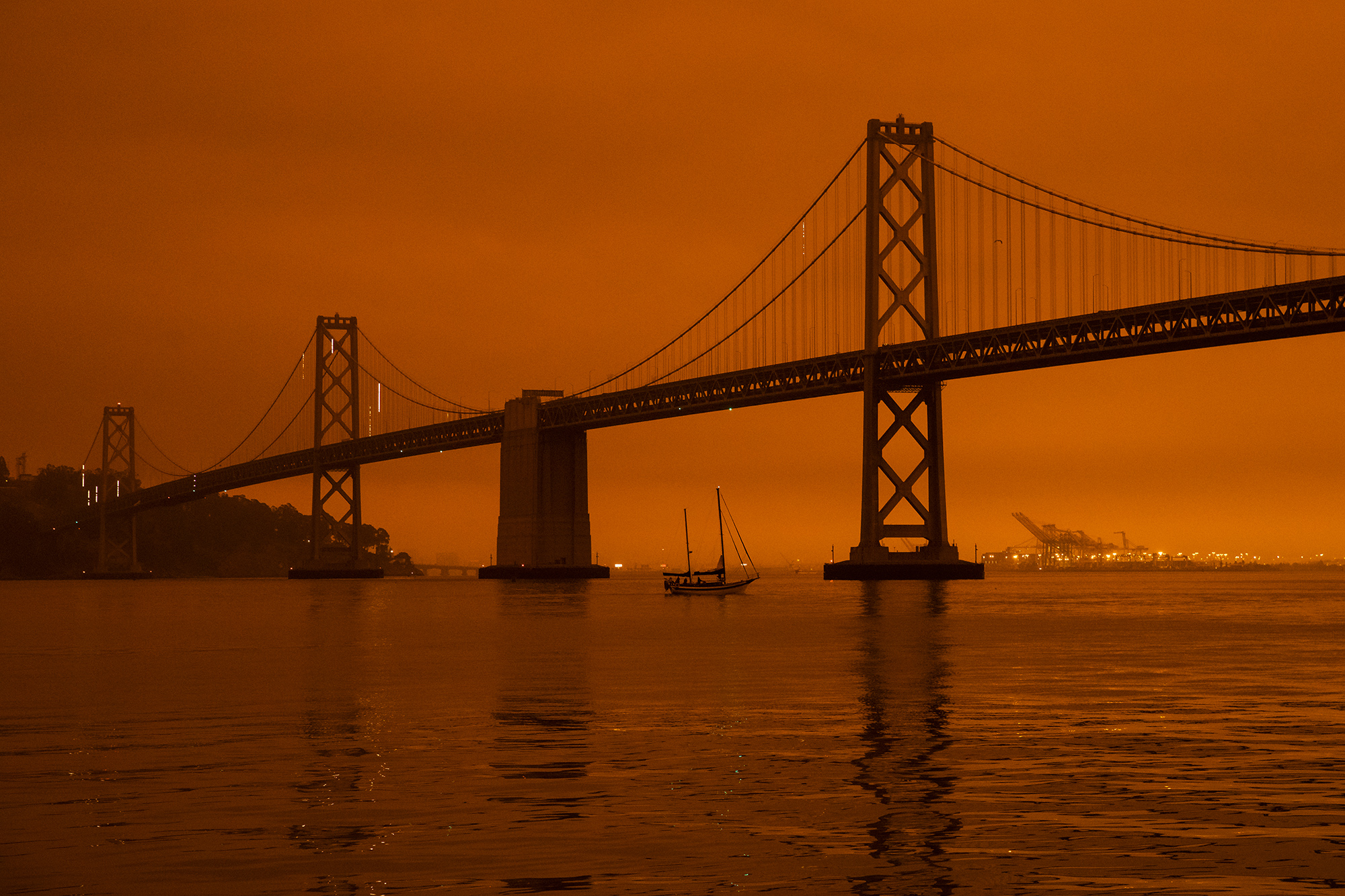 The apocalyptic orange skies seen in Northern California earlier this week actually helped quell the devastation from the massive wildfires, but death and devastation lie beneath the ashes.

The smoke from the deadly fires blocked out the sun, helping to lower the scorching temperatures while crews chopped and bulldozed brush-free lines to control the North Complex fire.

The state’s wildfire fighting agency, CalFire, said the enormous blaze so far torched 252,500 acres, and was just 23% contained as of late Friday. It’s one of 28 major wildfires burning across the state.

The North Complex inferno, which started during a lightning storm last month, has killed at least nine people, including a 16-year-old boy.  That toll was reduced by one Friday after officials learned that remains found in a burned storage shed were a model skeleton used by an anthropology student.

It has mostly destroyed the tiny hamlet of Berry Creek in the rugged Sierra Nevada foothills, where 16-year-old Josiah William was one of just 525 residents. He died trying to escape in a vehicle.

More victims may be found when search-and-rescue teams are able to access the rugged region, but it was still too dangerous to immediately begin work in some places. “Right now, the areas that we need to search are too hot,” Butte County Sheriff Kory Honea.

Touring the area on Friday, California Gov. Gavin Newsom railed about climate change. “I’m exhausted that we have to continue to debate this,” Newsom said, the East Bay Times reported. “This is happening. It’s happening in unprecedented ways. Year in, year out. You can exhaust yourself with your ideological B.S. … but the reality here is the mega-fires that we’re experiencing come from these mega-droughts that we’re experiencing.”

Through Aug. 30, at least 5,924 wildfires had burned 3.1 million acres in California. Five of this year’s fires are already among the top 20 largest fires since records started being kept in 1932.

Don't Miss it Theaters may not be safe for a year or more: Fauci
Up Next Eccentric millionaire who hid treasure in Rocky Mountains dies