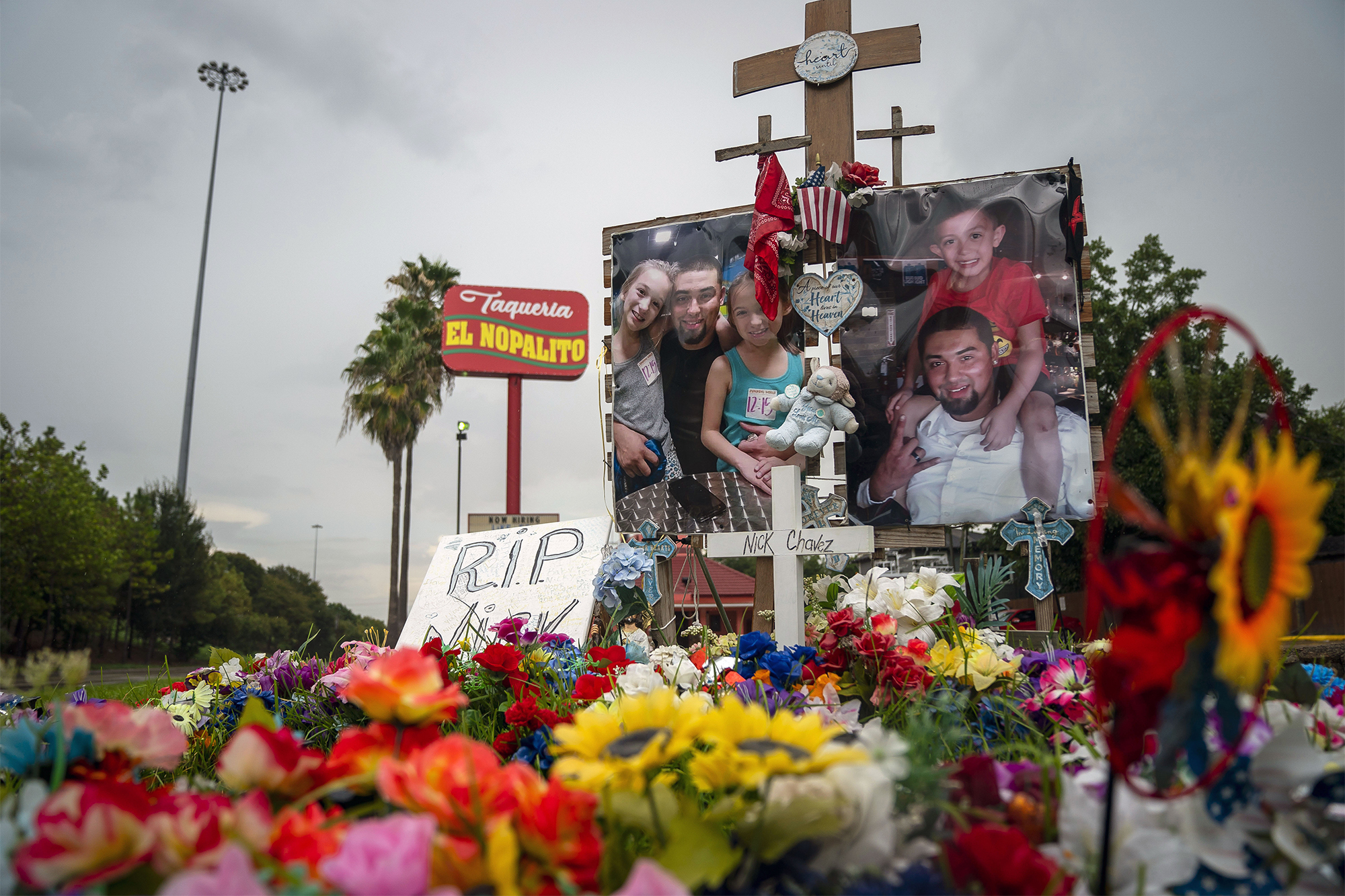 Four Houston police officers were fired on Thursday after fatally shooting a 27-year-old man who was on the ground and appeared to be experiencing a mental health crisis earlier this year.

Police Chief Art Acevenido announced the firings as he showed graphic bodycam footage from the night of April 21, when the cops fired their weapons 21 times at Nicolas Chavez following a 15-minute confrontation.

Chavez, who had already been injured in the standoff with police, was kneeling on the ground bleeding and grabbing a stun gun that had been dropped when the cops shot him.

An internal investigation determined the cops had not used reasonable force. The chief said that although Chavez had picked up the stun gun, the officers had plenty of time to back up and take cover.

“Quite frankly, it’s inexplicable to me when they had plenty of opportunity to back up and continue to be doing what they were doing for them to stay the line and shoot a man 21 times,” Acevedo said. “I cannot defend that.”

“The action being taken today does say in our city, we hold everyone accountable,” said Mayor Sylvester Turner.

They were responding to a call about a possibly suicidal man who was running in and out of traffic. Callers to 911 had reported a man was running around and “having a mental breakdown.”

In the bodycam footage, cops could be heard telling Chavez, “Hey buddy, hey bud, we’re here to help you, man” and “just relax. No one is shooting” and “we’re trying to help you man.”

Chavez could be heard cursing at the cops while wildly flailing his arms and legs. His family has said he had a history of mental illness.

Officers fired bean bag rounds from shotguns at Chavez and deployed their stun guns, but it had little effect on him. At one point, a cop said Chavez had a knife and the officers told him to put it down.

Investigators later determined that Chavez had a piece of metal that he used to cut himself.

Before he was fatally shot, the footage showed Chavez coming toward the officers, and two of them then fired three times at him, injuring him. Acevedo said those discharges of officer weapons were justified.

Cellphone video of the shooting taken by a bystander circulated on social media in the week after the shooting, and activists had earlier called on Acevedo to release the bodycam footage.

Leaders with the Houston Police Officers’ Union denounced the firings, saying the officers had followed their training and tried to de-escalate the situation, but were forced to shoot when Chavez pointed the stun gun at them.

“It was clear… these officers did not want to shoot Mr. Chavez and did everything in their power not to,” said union president Joe Gamaldi.

The shooting was found to be justified by the city’s independent police oversight board. The union suggested the firings were the result of political pressure following protests over police brutality and racial injustice sparked by the May 25 police custody death of George Floyd in Minneapolis.

Over several weeks in April and May, there were six fatal shootings involving Houston Police, beginning with Chavez’s death.

The Harris County District Attorney’s Office is still investigating his shooting and the case was expected to be presented to a grand jury.